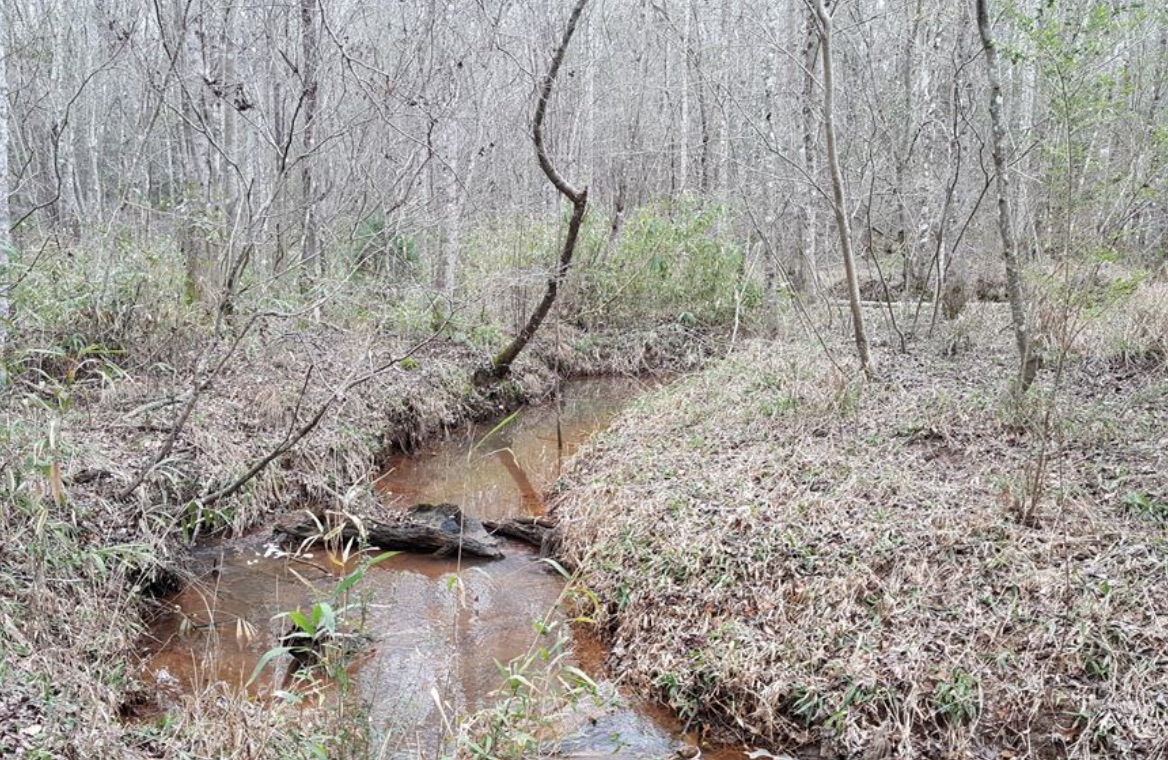 A timber farm with hunting and small-tract opportunities is for sale and priced at $2,500 an acre, or $107,500 for all 43 acres including the frontage along Chenube Creek. Credit: landandfarm.com
Share21
Tweet
Share
Pin
Pocket
WhatsApp
Buffer6
Email
Reddit
27 Shares

A heartbreaking report about the crop devastation Hurricane Michael inflicted on one Georgia county came out a few days after Gov. Nathan Deal announced his plans to call a special legislative session for the state to respond to catastrophic crop loss. 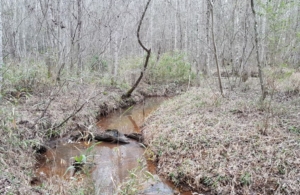 A timber farm with hunting and small-tract opportunities is for sale and priced at $2,500 an acre, or $107,500 for all 43 acres including the frontage along Chenube Creek. Credit: landandfarm.com

This is the account from Terrell County’s extension agent, Seth McAllister:

McAllister’s report appeared in the Oct. 29 edition of the Georgia Crop Progress and Condition Report, which is managed by the U.S. Department of Agriculture. McAllister wasn’t alone in reporting hard times facing Georgia farmers, but his report was among the more stark in that edition.

It almost hit pay dirt when President Jimmy Carter persuaded then Gov. Roy Barnes and the General Assembly to run an excursion train between Cordele and his childhood places in Plains and Archery. But the SAM Shortline runs north of Terrell County and any economic spillover hasn’t spilled over into Terrell County. 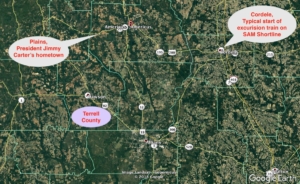 Terrell County barely missed out on the economic engine created by the excursion train that runs on track between Cordele and President Carter’s childhood areas in Plains and Archery. Credit: Google Earth, David Pendered

The special legislation session isn’t likely to fix this situation. A bumper crop couldn’t have fixed the situation.

But Terrell County’s situation is what Georgia lawmakers are supposed to have in mind when they convene in Atlanta on the Tuesday after election day, which is Nov. 6. And not just Terrell County, but those “Other Georgias” across the state that grow the crops and animals that make agriculture one of the state’s leading economic drivers.

Consider Baker County and its report about the loss of chickens and other crops. Baker is located south of Albany, about as far south of town as Terrell County is north of Albany. 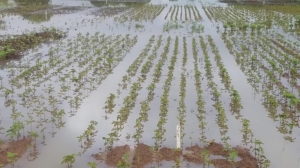 Even before Hurricane Michael arrived, soybeans were underwater near Plains because of heavy and persistent spring rains. File/Credit: Sidney Cromer/UGA

To put that in perspective, Baker County’s poultry output contributes to a segment that accounts for nearly half of Georgia’s farm commodities, the poultry and egg industry, according to a report in georgiaencyclopedia.org.

The governor has yet to issue his formal call for the special session. He issued a statement Oct. 23 announcing his intention to call a special session. The call will specify the topics that can be deliberated during the session. Only those topics can be considered in a session that can last up to 40 days, according to the state Constitution.

The Constitution allows for the call to be amended in certain circumstances, according to this section on Page 30:

Previous Article
MARTA’s Kensington Station up for development, if zoning can be resolved
Next Article
Midtown’s 15th Street extension to improve east-west links; plan to be presented Nov. 8