The new executive director of the Historic Oakland Foundation plans for the organization to take a larger role, and increase its diversity, as it joins in the city’s efforts to interpret Atlanta’s place in the past and memorialize it for the future. 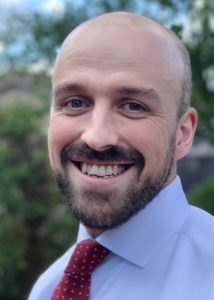 In addition, there’s HOF’s ongoing responsibility as the non-profit that helps preserve and promote Oakland Cemetery, Atlanta’s oldest public park and a burial ground since 1850 for some 70,000 individuals from all walks of life.

Richard Harker, 34, has his work cut out as he takes the helm of the vibrant HOF from the hands of the retiring David Moore, the HOF standard-bearer for 15 years. The HOF staff of 20 focuses on its niches while Sam Reed, the longtime sexton and caretaker for the City of Atlanta, will continue his watch over the cemetery’s operations.

Harker agreed to pick three top goals from a list that numbers more than a dozen:

Harker expresses his recognition of Oakland’s importance in Atlanta, and beyond. The significance of the past is never far from his comments, even when he describes a vision of the future. 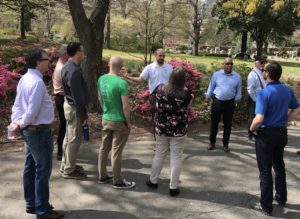 “I have the dream job,” Harker said. “I feel very honored to take care of Oakland, and look after it, for all of our city. It’s very humbling to be a steward of Oakland.”

As Harker framed his goals, the image of Oakland continues to evolve from a place of rest to a place of activity. A place where staff and volunteers will continue the work led by Moore to locate the remains of the forgotten who are buried without headstones, and to give life to their stories as Jewish and African American residents.

Results could further illuminate the city’s arc from antebellum railroad town to capital of commerce, research and academic pursuits. Findings could add virtual addenda to the book that remains the authoritative record of the city’s history: Atlanta and Environs, the 2,720-page series in which Franklin Garrett and Harold Martin tell the city’s history from the 1820s into the mid 1970s.

That Harker is a British immigrant chosen to steward the HOF and curate the story adds further texture to the present day chapter. 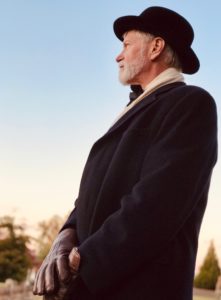 Harker said he grew up about 10 miles south of central London in a town that was heavily damaged by Nazi bombs. Croydon was rebuilt, but the fabric of its history had been obliterated.

Harker chose to study history, and his academic roots have grown deep in the Atlanta region. In his 2016 doctoral dissertation for a degree in public history at Georgia State University, Harker devotes a full paragraph to acknowledge as a mentor Cliff Kuhn, a GSU scholar who specialized in oral history and was memorialized in a SaportaReport column by Jamil Zainaldin.

Harker joined the HOF in 2017, as director of programming and volunteers. Two years later, he joined Moore as a co-executive director and confirmed the succession of HOF leadership. Though Moore has retired, Harker said Moore will remain in an emeritus status to offer insights and assistance.

“He’s agreed to tiptoe into retirement and help us as he can,” Harker said of Moore.

Harker held leadership roles during his time at HOF with the American Association for Museum Volunteers. In May 2020, he ended three years of service as president. 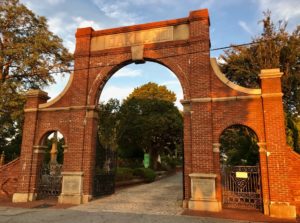 Before HOF, Harker served at the Museum of History and Holocaust Education, at Kennesaw State University. He served six years as coordinator, then manager, of education and outreach – two of the specialties he hopes to expand at HOF.

Harker earned his masters degree in modern history from the University of Durham, in Northeast England. This followed his studies in history at Scotland’s University of St. Andrews.

The experience at St. Andrews set Harker’s course for Atlanta.

“I spent a year at Emory on a Bobby Jones scholarship back in 2009, and that’s how I came to know and fall in love with Atlanta,” Harker said.