A DACA Dreamer shares his story, support for path to citizenship 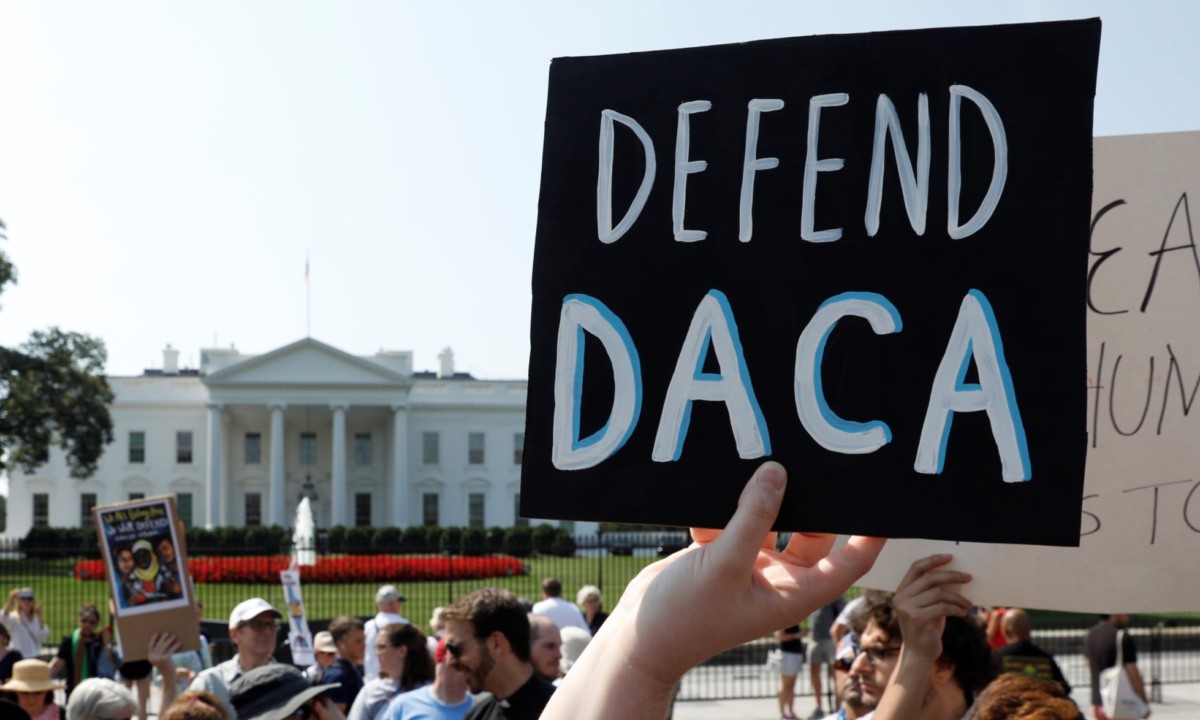 By Guest Columnist JAIME RANGEL, a DACA recipient from Dalton who works with lawmakers from across the state, serving as a liaison between their offices and the Hispanic community

My name is Jaime Rangel, and I’m a beneficiary of Deferred Action for Childhood Arrivals, or DACA. This federal program allowed me, and hundreds of thousands of other young people, the opportunity to work and study in the United States. 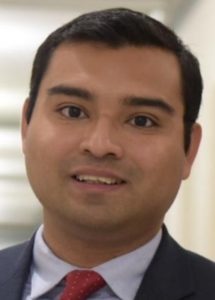 DACA was designed to help individuals who were born in other countries and were brought here illegally when they were young. They call us the Dreamers.

I am a Dreamer, but I also believe I’m an American. I don’t carry a U.S. passport, but I’ve been in the United States since I was six months old. I came from Mexico before I could walk – and certainly before I could tell my parents I didn’t want to go because doing so without a visa was illegal.

I’ve lived in Georgia almost my entire life. It’s my home. I tell everybody that I’m a Latino who grew up eating tortillas and grits at the same time. I went to school here, rooted for the Braves, and made lots of friends. I know English (though I speak it with a strong Southern drawl), was a Boy Scout, and I got good grades. I contributed to my community.

But because I was not in this country legally, under Georgia law I couldn’t get in-state tuition. I was heartbroken when I learned this fact. Suddenly, I felt very out of place in the state I loved dearly.

Then came DACA. When the program was established in 2012, it was life changing for me. I finally felt I was going to be given a decent chance to be somebody in this country, to contribute to my state and my community, to get a job, and to just give back.

I remember very clearly the moment my DACA approval arrived in the mail. My mother burst into tears. Finally, her son could achieve the dreams that had sent her across the desert in the first place. I now would have a real shot at the American Dream. 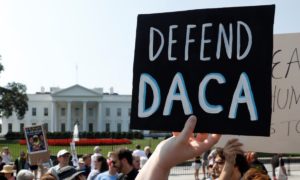 The Sept. 5 announcement by U.S. Attorney General Jeff Sessions that the DACA policy will be phased out attracted hundreds of protesters to the streets of Washington, D.C. Credit: qz.com

DACA opened so many doors to me, including ones that I didn’t even know existed.

First, it allowed me to get a driver’s license. Can you imagine not being allowed to achieve this rite of passage simply because you were born in a country that, now, you cannot even remember?

Because of DACA I could apply for a part-time job, which has allowed me to attend Dalton State College, where I’m now studying finance and economics. With work authorization, I can interview for internships, and even buy a home or car if I wanted. (Trust me: I’m saving for those things.)

I’m not alone. DACA has allowed thousands of young people to go after their own version of the American Dream. According to the Center for American Progress, more than half of DACA recipients got their first job after the program went into effect. (95 percent of DACA recipients are working today.) In addition, 69 percent got a job with better pay, 61 percent opened a bank account and 65 percent did buy their first car. Sixteen percent bought their first home. More than two-thirds were able to pursue educational opportunities they wouldn’t have had if not for DACA.

DACA changed lives. And it’s changed our economy. Recipients contribute hundreds of millions of dollars to economic growth each year, and we also supply about $2 billion in state and local tax revenues annually.

During last year’s election, I was very fearful, but earlier this year President Donald Trump said he wanted to deal with the Dreamers with “heart.” He said he honored our contributions to this country. 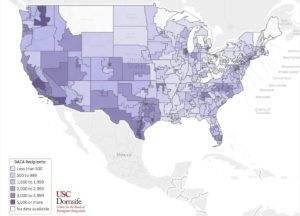 The majority of Georgia’s DACA recipients and DACA eligible individuals reside in the northern regions of the state. Credit: dornsife.usc.edu

While I don’t agree with his administration’s decision to end DACA without a permanent legislative solution in place, I’m grateful that the president is pushing Congress to finally pass a Dreamer bill. I think he, and most members of Congress, understand you can’t easily deport 800,000 individuals and that doing so would devastate our economy and communities.

Certainly, most Americans understand the country cannot – and shouldn’t – deport Dreamers like me. According to most recent polls, about eight in 10 Americans want Congress to pass a bill like the Dream Act or the Recognizing America’s Children (RAC) Act, which would allow DACA recipients the chance to apply for legal status and, eventually, citizenship if we stay employed, pay taxes, and pass background checks.

Congress needs to pass a permanent legislative solution for Dreamers soon. If it doesn’t DACA will end and starting on March 5, 2018 1,400 Dreamers a day will lose their jobs and their ability to go to school. They’ll then be subject to deportation.

I want our representatives in Washington to know that Dreamers are individuals who give back to their community, who are involved in their churches, who have PhDs, who have been creating jobs by starting businesses, and who just want to make this country a better place.

Of the Dreamers nationwide, 24,100 of them are Georgians just like me.

I hope that federal lawmakers will act soon, maybe even this month. I want to keep eating my tortillas and grits … and going to school.