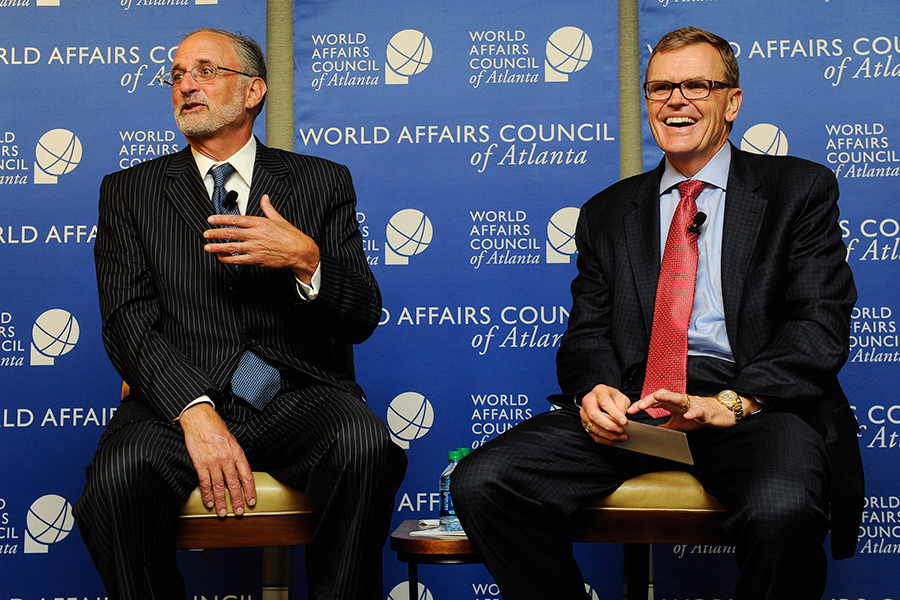 The World Affairs Council of Atlanta has re-elected David Abney, the CEO of UPS, as its chairman. 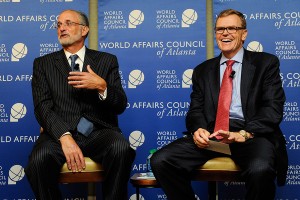 Rounding out the Council’s executive – in addition to Abney and Tuggle are – Mark Becker, president of Georgia State University; Rich Phillips, dean of GSU’s J. Mack Robinson College of Business at Georgia State, and Dennis Lockhart, president and CEO of the Federal Reserve Bank of Atlanta who also served as the founding chairman of the Council.

The board meeting of the Council took place June 15,

Jackie Royster, dean of the Ivan Allen College of Liberal Arts at Georgia Tech, is a new member of the Council’s board. 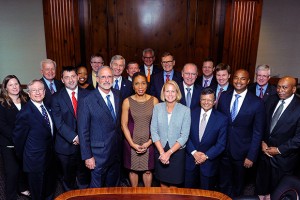 The board of the World Affairs Council of Atlanta (Special)

Following the board meeting, a dinner was held to honor Gleeson as well as Helene Gayle, president and CEO of CARE. Gayle, a founding board member of the Council, will continue to serve on the board from Washington, D.C., when she will become the inaugural CEO of the McKinsey Social Initiative.

Its mission is to provide a forum for dialogue, a source of expertise and an engine for research on international affairs and global issues that affect Atlanta and the world.