Defending legacy retailers amid the boom in e-commerce 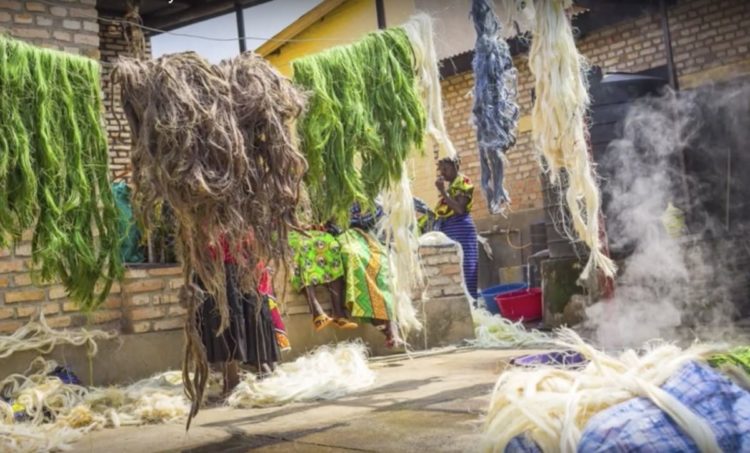 Artisan-made homegoods from Africa are being sold in pop-up boutiques in a major New York mall this holiday season in an apparent effort to attract entice shoppers into the mall and away from their computers, where they buy online. Credit: allacrossafrica.org

Cyber Monday is expected to launch a record-high e-commerce penetration this holiday season, even as the retail industry tries to protect its legacy malls with new concepts such as one being tested by the owner of Phipps Plaza and Lenox Square. 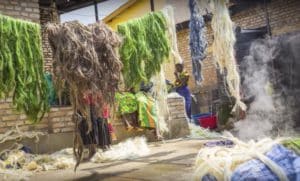 Artisan-made homegoods from Africa are being sold in pop-up boutiques in a major New York mall this holiday season in an apparent effort to attract entice shoppers into the mall and away from their computers, where they buy online. Credit: allacrossafrica.org

Mall-owner Simon Property Group is partnering with another market manager to open a pop-up boutique area inside Simons’ Roosevelt Field Mall, in Garden City, N.Y. Twelve independent merchants opened Nov. 25 and are to close Dec. 24, according to a statement from Simon.

Simon touts the Holiday Market by Urbanspace as a way to introduce shoppers to boutiques that sell artisan-made goods – from jewelry handmade in New York City to homegoods made by All Across Africa, a woman’s co-op in Uganda, Kenya, Burundi and Rwanda.

One way to think of it is relocating Ten Thousand Villages from a sidestreet in Virginia-Highlands to the center of Phipps Plaza or Lenox Square. As Simons said of the New York site: 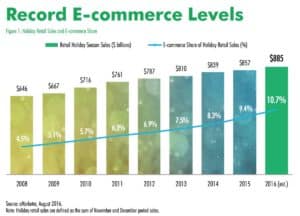 Online sales have more than doubled during the holiday season in the years from 2008 to 2016 (estimated). Credit: CBRE

CBRE’s latest report on the retail industry didn’t mention Simon by name. It did note the concept Simon is testing as an effort to attract shoppers to brick-and-mortar shops:

The good news for traditional retailers, and the governments that rely heavily on the tax revenues that a shopping mall represents, is that legacy retailers appear to be adapting to e-commerce, according to the report: 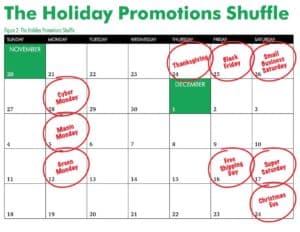 The promotions offered on Black Friday once made it the major shopping day of the holiday season. The season has extended now that promotions are offered on dedicated days from Thanksgiving to Dec. 24. Credit: CBRE

During the Great Recession, the future of the retail industry was far from clear. The adaptation to e-commerce suggests retailers will be able to maintain at least some of their physical locations.

Not that long ago, iconic brands such as JCPenny and Sears shuttered stores as revenues lagged the cost of keeping their large stores open, staffed and stocked.

Amazon.com stormed into the bookselling industry and was cited as a factor in the demise of Waldenbooks, Borders and B. Dalton, according to a report by usatoday.com. Barnes & Noble nearly succumbed.

This season, CBRE predicts that the combination of e-commerce and increased rivalry between traditional retailers will prompt holiday promotions to extend well beyond their historic start, on Black Friday, and conclusion on Cyber Monday,