DeKalb Avenue make-over reignites debate over cars vs. all other modes of transportation 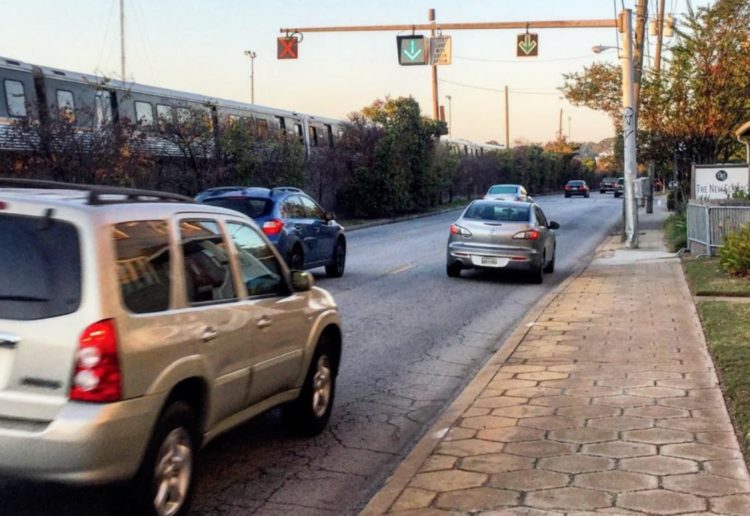 DeKalb Avenue is a major thoroughfare that Atlanta intends to adapt to improve its use by pedestrians and bicyclists. Credit: Darin Givens via threadatl.com

While attending the Nov. 17, ReNew Atlanta Bond public meeting on the DeKalb Avenue Complete Streets plan, I could not but help notice the same issues arose at this meeting that came up during the Peachtree Road safety improvement plan, which was presented by the Georgia Department of Transportation. The issue of cars vs. bikes reared its ugly head from many attendees who live on the along the corridor that connects Decatur and Downtown Atlanta.

Faye DeMassimo, general manager of the bond program, encouraged attendees to “erase” the current roadway and re-imagine what’s inside the right-of-way (complete with Powerpoint animation). 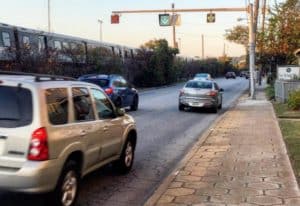 DeKalb Avenue is a major thoroughfare that connects Atlanta and Decatur. Atlanta intends to adapt its portion of the corridor to improve its safe use by vehicles, pedestrians and bicylcists. Credit: Darin Givens via threadatl.com

As part the of recently passed Atlanta TSPLOST, there are now funds for the planned Stone Mountain PATH Foundation multiuse trail extension from Rocky Ford Road to MARTA’s Inman Park/Reynoldstown Station. The implementation of Complete Streets gets more difficult west of Inman Park/Renyoldstown Station, as the MARTA tracks transition to an aerial structure, to make room for CSX’s Hulsey Intermodal Yard.

At this point there is little additional room to the south of DeKalb Avenue, so the question that came up from ReNew Atlanta was whether to implement bicycle improvements along parallel streets for the implementation of protected left turn movements at Krog Street, Boulevard, and other intersections, or implement bicycle facilities along the entire corridor and forego the turn lanes at key intersections. 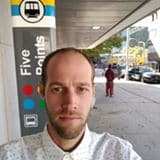 Residents also voiced concerns over losing the trees that block the tracks and create a minimal sound barrier. But, depending of the width of the PATH, trees would be included in the project as a barrier between the multiuse path and vehicle travel lanes.

One comment that stuck out to me the most, which came from a North-of-DeKalb resident, was, “I am not a bike commuter, because I have a REAL job….” This comment brought boos from the mixed crowd.

Many residents voicing concerns over the Complete Streets idea pointed to concerns over removing the contraflow lane, yet they do not realize that DeKalb Avenue has higher crash rates than most streets in the city. DeKalb Avenue recorded 964 crashes over five years, five of those fatal with one involving a pedestrian. 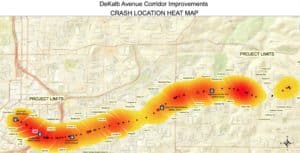 The crash data shows the contraflow lanes contribute to higher than normal crash rates and this sentiment was echoed by many residents who spoke at the meeting. They shared stories of being involved in crashes or nearly getting hit head on because vehicles were not using the contraflow lane correctly. Those residents who spoke in favor of Complete Streets spoke of how we need to incentivize cycling and other alternative transportation and focus not just on moving cars, but moving people.

We need to remember that this project is not about removing a vehicle travel lane for bike lanes, but providing safety and operational improvements for all modes of transportation. That is where breakdown occurs and the resentment between drivers and cyclists reaches the point where they become blind to other modes of transportation needs.