The DeKalb County Commission will vote Tuesday morning whether to enter into a development partnership with the Atlanta United Football Club soccer franchise.

Specifically the vote will be for DeKalb County to enter into a long-term lease with Atlanta United for the development of a $30 million training facility.

The development would be one of the largest investments in this part of DeKalb in years, and it would generate about 123 full-time jobs.

The county-owned property is adjacent to the county jail, the juvenile court, the Bobbie Burgess building and the former Recorders Court. The site is inside I-285 near Memorial Drive along Kensington and Camp roads. 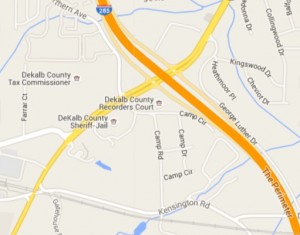 The vote would include approving DeKalb County’s plan to spend $3 million to $5 million to clear the land for the Major League Soccer training facility.

Atlanta United, in return, would locate its corporate headquarters in a building that would be between 15,000 and 20,000 square feet. The soccer team also would develop a 3,500 seat stadium and three additional soccer fields. This first phase would be built on 30 acres.

A second phase could include an indoor training facility and at least three additional fields on an additional 11 acres.

The soccer team would lease the land for 20 years plus have two five-year options to renew – for a total of a 30-year lease. At the end of the 30 years, the property and all its improvements would revert to the county at no cost. 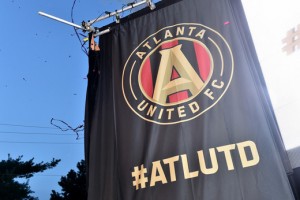 Other elements of the deal include the County’s Parks Department locating its offices in a 6,000 square foot facility that would be part of the new outdoor stadium complex.

The County also would pay a total of $7 million over the next three years for DeKalb’s use of the stadium and the other facilities – including the location of the parks department in the soccer training complex.

It is widely assumed in development circles that if the DeKalb Commission agrees to this arrangement at Tuesday’s specially-called board meeting that Atlanta United will choose that location.
After seriously considering a total of 11 sites, Atlanta United had narrowed the choice to two finalists – the one in DeKalb and one in Cobb County.

DeKalb would also agree to seek funding for pedestrian improvements from the soccer complex to the Kensington MARTA station. 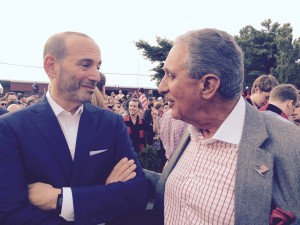 According to a memorandum of understanding, Atlanta United would pay the County 15 percent of net revenues it receives for the naming rights and branded events held at the complex.

Atlanta United also would agree to allow the County to use its fields and the stadium at no cost when the facilities are not in use by the team.

The soccer team also would make every reasonable effort to hire DeKalb residents for at least 10 percent of the construction, maintenance and operation jobs.

Interim DeKalb County CEO Lee May has been closely involved in helping put together this development deal, which would be a major coup for that area, people close to the transaction have said.