DeKalb County has promised to stop leaking raw sewage from its sewer system in certain areas of the county by late 2027. This is part of a negotiated settlement valued at more than $1 billion that lays the blame for failure to fix the system since 2011 on prior county administrations. 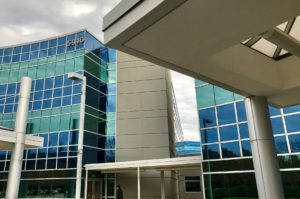 DeKalb County has committed to creating and using a computer model to forecast the impact of the sewage output on the county’s sewer system of buildings such as this medical office near Emory Hillandale Hospital. Credit: Kelly Jordan

The public will have an opportunity to comment on the proposed deal once it is posted on the Federal Register. Comments will be accepted for not less than 30 days after the document is posted, according to a filing in U.S. District Court in Atlanta. The U.S. Justice Department stated it will post the proposed agreement. A publication date has not been set.

The deal does not address concerns raised by the South River Watershed Alliance. The alliance contends that DeKalb should be required to fix all leaks in its sewer system, including leaks outside the boundary established in the initial agreement that this document is to update. These leaks outside the boundary have spilled a reported 32 million gallons of waste since 2014, county records show. The alliance on Oct. 11 appealed a federal ruling that dismissed its lawsuit.

The deal does address future construction in the county – residential and commercial. The county agrees to devise and use a computer model that can help forecast the impact of a proposed development on the sewer system’s capacity to handle the sewage created by the proposed development. The information is to inform decisions about the county’s growth and development. 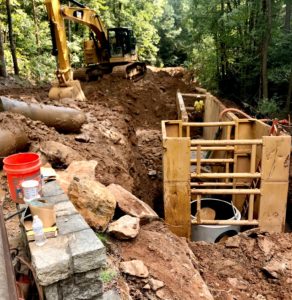 DeKalb County has secured an extension from state and federal officials of its deadline to repair leading sewers. Credit: Kelly Jordan

DeKalb County made a similar promise in a consent decree signed in 2011, and ended up using another type of forecasting model. DeKalb’s new model is pending review, federal filings state.

The intent of the pending deal is simple – DeKalb County agrees to fix its sewerage system to prevent raw sewage from spilling onto the ground and into waterways. The deadline is Dec. 20, 2027, according to a statement. DeKalb agrees to pay a civil penalty of $1.047 million.

The pending deal modifies an existing consent decree, a document so named because all parties consent to terms of the decree. The process for approving a modified consent decree calls for the federal Environmental Protection Agency to review public comments and then submit a recommendation to a federal judge, who’s to sign the consent agreement. The consent agreement establishes that the two governments that took steps to compel DeKalb to fix the pipes have consented to the terms of the agreement – Georgia and the EPA.

The federal judge who is handling the proposed consent decree is the same one who dismissed the lawsuit filed by the South River Watershed Alliance. In dismissing the alliance’s lawsuit, U.S. District Court Judge Steven Grimberg cited a ruling in an Oklahoma case that determined a federal court cannot intervene in a consent decree that’s been signed by the EPA. The alliance on Oct. 11 appealed Grimberg’s ruling to the U.S. 11th Circuit Court of Appeals, in Atlanta. 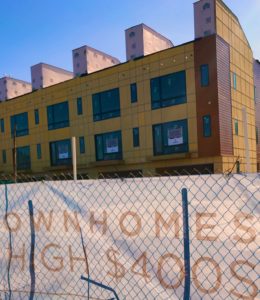 New multifamily residences add to sewage flow and DeKalb County is to develop a model to predict the impact of new buildings on the county sewer system. Credit: Kelly Jordan

DeKalb CEO Michael Thurmond’s administration was recognized for its efforts to comply with the federal consent decree. Thurmond took office in 2017, following his election in 2016.

Georgia’s director of the Department of Natural Resources’ Environmental Protection Division, Richard Dunn, was quoted in an Oct. 22 statement released by EPA:

The proposed modification begins with a statement that cites a “significant leadership turnover” in the county’s governing body. DeKalb had three CEOs during the term of the initial consent decree – Burrell Ellis, who was removed from office by the governor in 2013 and later was cleared by the Georgia Supreme Court of a conviction of perjury and corruption; Lee May, an interim CEO who did not seek election to the post after a harsh audit of county spending and oversight; and Thurmond, who previously led the county school district following public service as a state representative, head of the state Department of Family and Childrens Services, and state labor commissioner.

Thumond has held the CEO’s office longer than Ellis or May during the period covered by the original consent decree.

Previous Article
Congress should take action to protect all Georgia taxpayers, regardless of status
Next Article
‘Borat 2’ – Sacha Barron Cohen’s movie a bright spot in 2020