A federal judge is fed up with the EPA’s delays regarding the pending update to DeKalb County’s mandate to stop leaking untreated sewage into waterways. The judge on July 16 ordered a final report by mid August, or a full accounting of the delay. 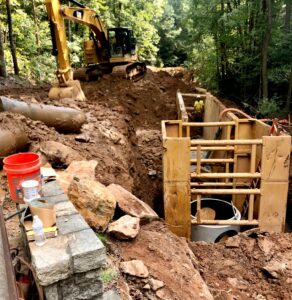 A federal judge in Atlanta has ordered the EPA to submit its report, or explain the long delay, related to the proposed modification of DeKalb County’s federal consent decree related to the leaks of untreated sewage into waterways. Credit: Kelly Jordan

This deal has lain on the table since October 2020. The deal was expected to be signed early this year, because the content of the modified consent decree is said to be fairly standard.

The matter involves a purportedly routine modification of the federal consent decree that’s compelling DeKalb County to stop dumping untreated sewage into waterways. The decree was signed by the county, state and federal governments. The pending modification is awaiting EPA review of public comments, and takes effect when signed by the judge handling the case, U.S. District Court Judge Steven Grimberg.

As an aside, this decree does not address raw sewage leaking into the South River, a major waterway in DeKalb County. Those leaks were not covered by the consent decree. The South River situation was identified in April as a “longstanding environmental injustice for south DeKalb neighborhoods and downstream communities” by American Rivers, a watchdog organization that listed the South River as one of the nation’s most endangered rivers of 2021.

For reasons the EPA hasn’t explained in court filings, EPA hasn’t completed its review of 39 public comments submitted on the proposed modification of the consent decree. The comments cover more than 300 pages. The EPA has submitted three papers in U.S. District Court in Atlanta saying that it’s work is not done and more time is needed. 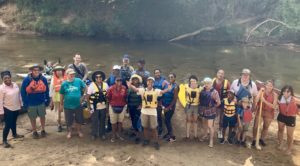 Notice of its fourth delay was submitted on July 12. The EPA said it needs more time, in a status report submitted on its behalf by the federal Justice Department:

Four days later, on July 16, U.S. District Court Judge Steven Grimberg responded with an order of the type often described as “tersely worded.” Grimberg indicated that even if the EPA didn’t start looking at the submitted comments until after the extended period of public comment closed Dec. 4, 2020, the agency has had ample time to complete its work. Language in the order includes: 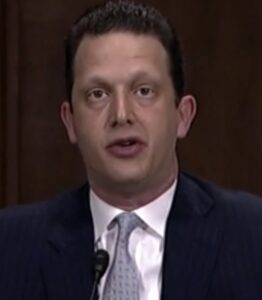 At this point, Grimberg set a deadline, and specified the consequences of missing the deadline: