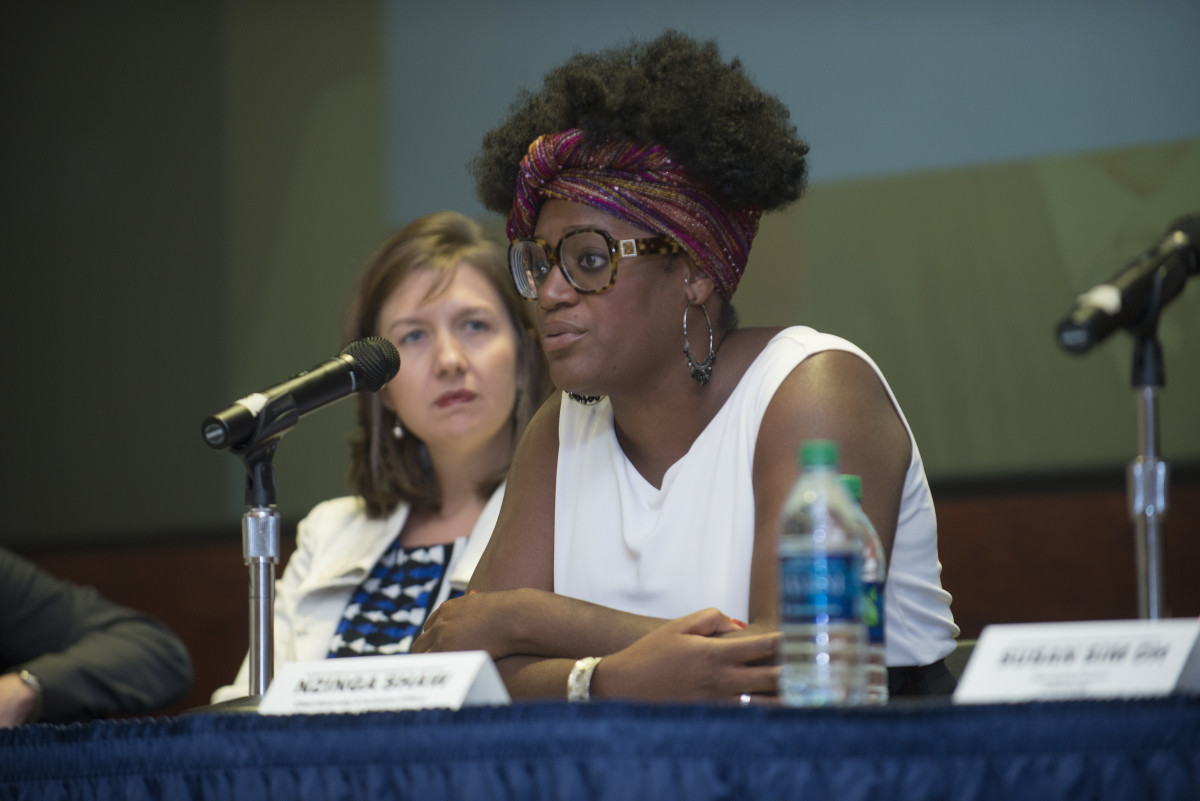 To kick off the discussion, I asked each panelist to share their "magic" or their secret sauce. Nzinga Shaw noted her magic is her unapologetic authenticity, something that has served her well as the NBA's first ever diversity and inclusion officer (Special: DeKalb Chamber)
Share19
Tweet4
Share7
Pin
Pocket
WhatsApp
Buffer
Email
Reddit
30 Shares

Whether it’s “leaning in” or “protecting one’s magic,” there’s plenty of leadership advice aimed at women in the workplace.

Women Executive Leaders of DeKalb (WELD), a program of the DeKalb Chamber of Commerce recently hosted a panel discussion, which I had the honor to moderate, on female leadership in today’s diverse workforce. The event, sponsored by AT&T, engaged attendees on how to effectively communicate and lead in the ever-changing work environment.

These multigenerational women all lead in workplaces dominated by strong personalities, from telecommunications to the world of academia, sports and media. 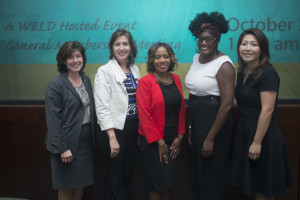 These industries, among others, are recognizing the old way of doing business simply won’t work anymore and, the smart ones, are adapting to this new age.

It’s not just about making sure a new mother has the necessary tools to stay on track to become an executive. It’s also about reacting to society’s demand for busyness in all aspects of our life.

Sitting at the desk at 8 p.m. has long been considered a badge of honor in the halls of corporate America. But, my generation scoffs at such a tradition.

And, it’s not because we don’t want to work. We just insist on working smarter and in a manner that enhances our quality of life, holistically. Whether that translates into coming into the office at 10 a.m. or outsourcing mind-numbing tasks to a new mobile app or an enterprising young student willing to make a few bucks.

Just days ago U.S. Congressman Paul Ryan, a Gen Xer, included adequate family time as a priority for his consideration of Speaker of the House. If the person third in line for the presidency of the United States can demand to spend more time with his family, surely women in the workforce can do the same without walking the plank.

Durham, who essentially serves as the chief of staff to Georgia Tech president G.P. “Bud” Peterson, gave perhaps the most critical words of wisdom,

“It is crucial for women in the workplace to support other women,” she said. “Another woman’s success does not have to be a challenge to your own.” 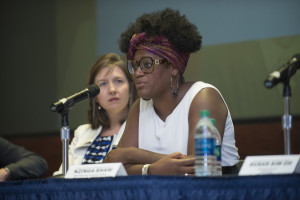 To kick off the discussion, I asked each panelist to share their “magic” or their secret sauce. Nzinga Shaw noted her magic is her unapologetic authenticity, something that has served her well as the NBA’s first ever diversity and inclusion officer (Special: DeKalb Chamber)

Last year the DeKalb Chamber made history by selecting Katerina Taylor as its first female president and CEO.

Women leaders abound in metro Atlanta, from Taylor to Hala Modedelmog of the Metro Atlanta Chamber and Lisa Borders of the Coca-Cola Foundation plus the panalists. Imagine what could happen if these women joined forces to intentionally and actively build generations of leaders across the region.

Note to readers: Stay tuned for the next WELD event to be held in December in partnership with Decide DeKalb, the county’s business development arm. Visit the DeKalb Chamber’s website to keep abreast of chamber events.