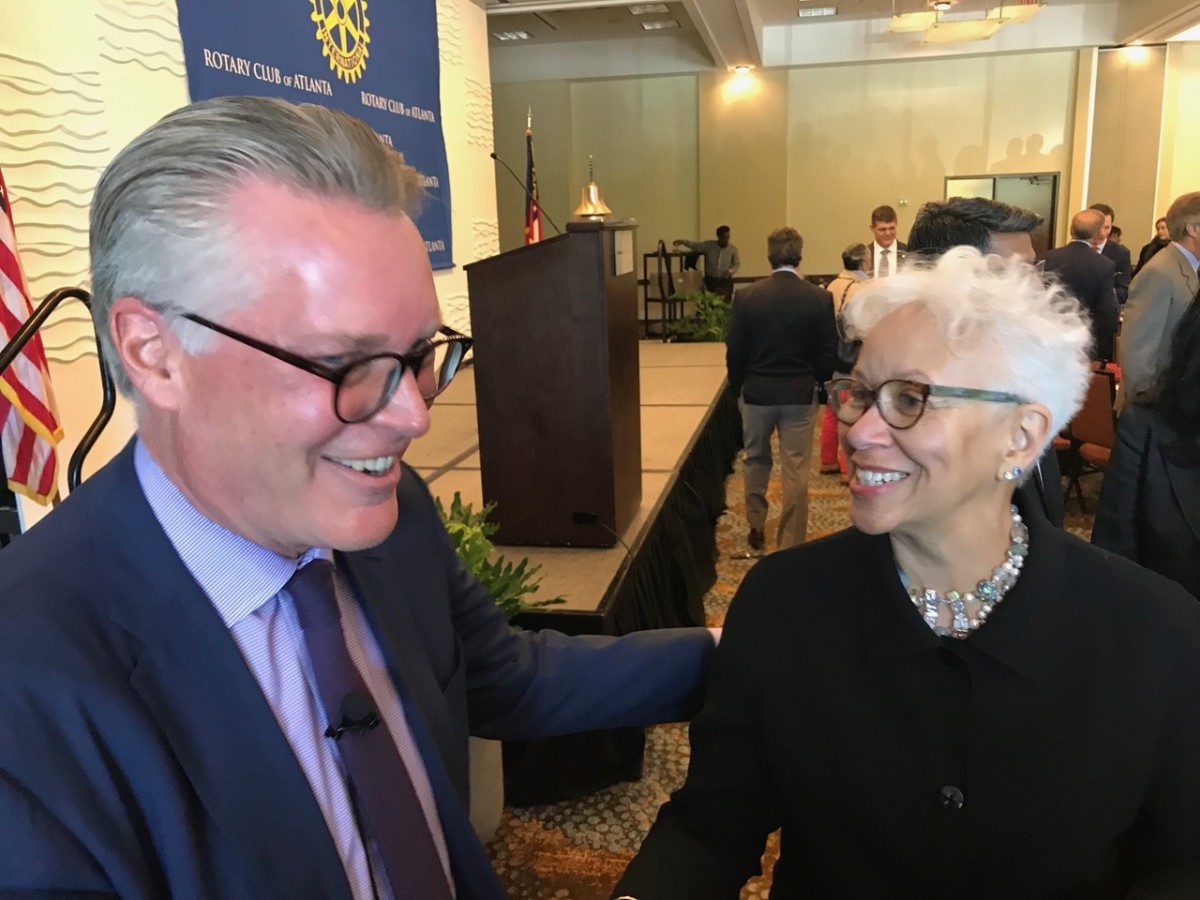 By Maria Saporta and Alex Gailey

Delta Air Lines CEO Ed Bastian on Monday  shied away from commenting specifically about an effort in the Georgia House  to create an oversight committee rather than a full takeover of Hartsfield-Jackson International Airport.

Bastian, who spoke before the Rotary Club of Atlanta Monday, gave a brief interview with the Atlanta Business Chronicle after his talk. 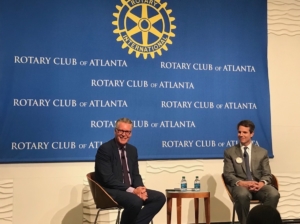 When asked his opinion about the House alternative, which also would restore jet fuel tax cuts for Delta and all the airlines operating out of Atlanta, Bastian said he is against making the governance of the airport political.

“We are opposed to politicizing the operations of the most important asset we have in our community,” Bastian said. “We just don’t like the politicization of such an important asset that I believe has been well managed operationally.”

Bastian has repeatedly spoken out against a full state takeover of Hartsfield-Jackson, which is being proposed in a bill in Georgia Senate.

This is the first time Bastian has spoken about the airport since the House alternative has been proposed – one that would fall short of a takeover but would create an airport oversight committee, similar to the Legislature’s MARTOC – the MARTA Oversight Committee.

Bastian, who said he did not want to comment about specific legislation, was asked Monday if he had communicated his thoughts with top state leaders.

“They know my view,” Bastian said about the possible state takeover of the airport. “I’ve been very public about this.”

Delta is the largest airline operating out of Hartsfield-Jackson, by far. It has supported the continued governance of the airport by the city of Atlanta, which has developed it into the world’s busiest airport over several decades.

But Bastian did not condone any hint of corruption at the airport. Currently, the federal government is investigating the city of Atlanta on corruption charges, and the Federal Aviation Administration is investigating a possible misuse of airport revenues. State legislators have said that’s the reason why the city should no longer manage the airport.

“Hartsfield-Jackson is the biggest, most powerful airport in the world,” Bastian said. “There can be no acceptance of any malfeasance or corruption – it’s inexcusable what we’ve witnessed over the years.” 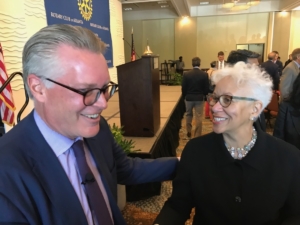 That said, Bastian praised how the city has managed the airport.

“Fundamentally, it’s a great airport run by great people, making a big difference,” Bastian said. “When you think about Atlanta and who we are, we would not be who we are as a city and as a state without the great work from the people at the airport.”

Atlanta Mayor Keisha Lance Bottoms and other city officials have strongly opposed both the state takeover of the airport as well as a state oversight committee.

The House and Senate are at loggerheads over legislation the Senate passed calling for a state takeover of the Atlanta airport and the House’s suggestion to establish an oversight committee.

However, the Senate apparently isn’t interested in a compromise. Some officials have said the state’s effort to take over the airport carries a racial undertone, but Republicans argue the state takeover isn’t about race – it’s about corruption.

If the airport bill dies, it could take with it a state sales exemption on jet fuel purchases that primarily benefits Atlanta-based Delta Air Lines (NYSE: DAL).

In an effort to get the House to go for the takeover, the Senate attached the sales tax break to it. The House countered with a bill combining the proposed airport oversight committee with the tax break.

If neither side budges, Atlanta could end up a winner since the takeover effort would fizzle, while Delta and other commercial air carriers doing business in Georgia could lose millions of dollars a year.

Alex Gailey covers the airport for the Atlanta Business Chronicle.