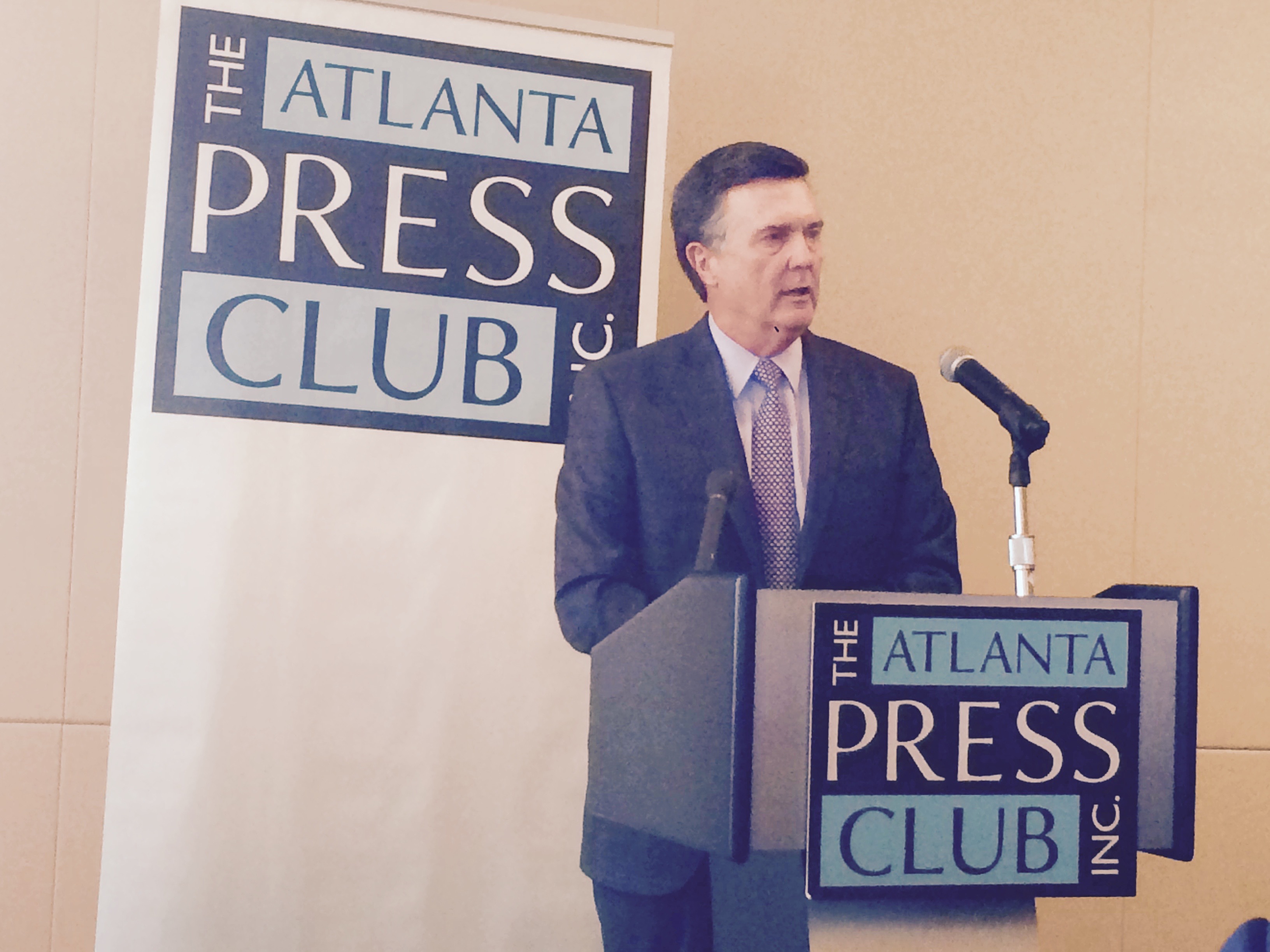 Interest rates may start going up – gradually – sooner rather than later.

That was the impression that Dennis Lockhart, president and CEO of the Federal Reserve Bank of Atlanta, shared with members of the Atlanta Press Club during a luncheon talk on Monday.

The way Lockhart described such a move was more subtle – referring to a rise in interest rates as the “normalization of monetary policy.” 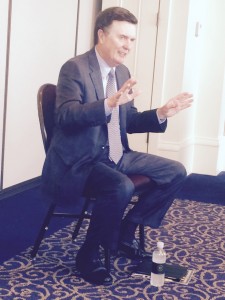 Such a move could be justified by how far the nation’s economy has come since December 2008 when the federal funds rate – the overnight rate for bank-to-bank lending – reached zero – a monetary policy set by the Federal Open Markets Committee of the Federal Reserve Bank.

For the record, Lockhart became president of the Atlanta Fed on March 1, 2007; and he is a member of the FOMC.

Some examples of how the economy has improved – according to Lockhart’s speech:

* Since bottoming out in the second quarter of 2009, real economic output is up about 13 percent. In other words, the economy is 8.5 percent larger than its pre-recession peak. The U.S. economy has added activity about equal to the economy of Mexico.

And although the pace of improvement has been slower than people had hoped for, Lockhart said that real gross domestic product is approaching its full current potential.

* From its peak of 10 percent, the rate of unemployment has fallen to 5.3 percent – close to what some economists consider full employment. From the employment trough, the economy has added more than 12 million jobs.

* Consumer spending is up almost 14 percent from its recessionary bottom, and consumer confidence has recently climbed back to near or above pre-crisis levels.

“To sum up, the economy has come a long way in the more than six-and-a-half years since the federal funds rate hit bottom,” Lockhart said. “The subtext is that the recovery has been slow. It’s taken more than six years of recovery to accomplish what I just described. Clearly, this is a rather long story. The recovery has proceeded at an average annual pace of expansion of only 2.1 percent.” 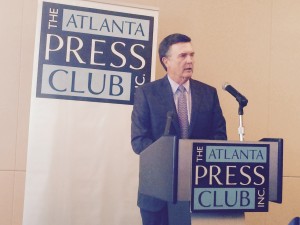 Dennis Lockhart at a Newsmaker luncheon of the Atlanta Press Club

Asked what impact the economy might have on the 2016 presidential election, Lockhart quickly stated that the Federal Reserve Bank is non-partisan and apolitical.

But Lockhart conceded that the state of the economy would likely play some role in next year’s election.

“Plenty of people have studied how much economic conditions influence the voter,” Lockhart said. “Apparently the influence is quite substantial. I think the economic environment will be a net positive.”

Although he didn’t state when he thought interest rates could start creeping back up, an Aug. 5th Wall Street Journal article where Lockhart was featured stated that it could be as early as the September meeting.

Lockhart did say Federal Reserve Chair Janet Yellen expects a start to policy normalization sometime later this year. “I agree,” he said. “I think the point of lift-off is close.”

Looking to the future, Lockhart said that he did not believe there should be a rapid pace of interest rate increases. The increases should be gradual and data-driven – done at a “deliberate pace” to make sure it does not cause inflation beyond the 2 percent target. 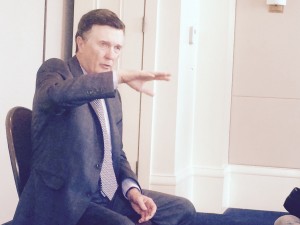 “I think the time to begin normalizing monetary conditions is close,” he said towards the end of his talk. “Once underway, the process of raising interest rates to more normal, sustainable levels will likely be gradual. It has been a long story, sometimes frustratingly so, but one I am increasingly confident will have a happy ending.”

In a session with reporters after his talk, Lockhart was asked to elaborate on what would be a gradual increase in interest rates.

“In my mind, gradual is something less frequent than every meeting,” he answered.

The Federal Reserve Bank has been a target by some candidates running for president who believe that there should be tighter Congressional oversight on the operations of the central bank.

Lockhart said that he does endorse greater transparency, he would not want C-SPAN taping its meetings.

As for Congress demanding an audit of the Federal Reserve Bank, Lockhart said: “I don’t think monetary policy should be politicized.”