It’s an awkward time to bear the name – Henry Grady.

Today, there’s a great deal of scrutiny over Grady’s views towards race with some people describing him as a white supremacist. There is even a campaign underway to rename Henry Grady High School in Midtown because of those accusations. 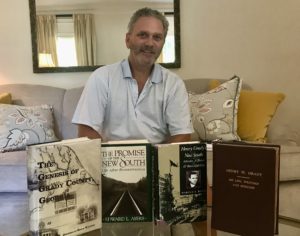 But, after a recent conversation with Henry Grady III and his first cousin, Rob Grady, it quickly becomes apparent that their great, great grandfather’s view towards race is far more complicated than what’s being portrayed.

“To me, it’s about examining Grady’s life in the time in which he lived,” Rob said in an interview with his cousin at Henry III’s home in northwest Atlanta. “Look at the time he lived after the Civil War…. He had to be politically savvy.”

As Henry III sees it, Grady really was the architect of “the Atlanta Way,” the ability for Atlanta to coalesce for the greater good of the city.

“Atlanta was decimated, and the South was defeated,” Henry III said. “What Grady did very astutely was leverage the assets he had available to him. It was about getting things done.”

“When we were growing up, both our fathers and our grandfather were still living, so we weren’t carrying the torch,” said Henry III, whose father passed away three years ago. “Rob and I are not out there trying to counteract anyone’s statements. Our name is our name. Because of the name, we can bring visibility by doing good things. Our names are part of the community. Anything we do gets noticed.” 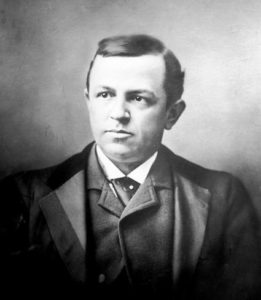 Henry III, who is a senior vice president at Truist serving as a healthcare industry consultant, has been involved in the community for decades. He joined the board of the Grady Health Foundation in 2000, becoming its chair and serving the maximum nine-year term. Then he went on the Grady Hospital operating board, where he served the maximum nine-year term. Now he’s back on the board of the Grady Health Foundation.

“I’ve always been aware that I get the double look when I introduce myself,” Henry III said. “I’ve been aware of it from a young age. I remember thinking as a small child that people must really like Henry Grady because all these things are named after him.”

Later, when he went to the University of Georgia, Henry III began to realize that there also was racial baggage attached to his great, great grandfather.

“At the end of the day, what he ultimately wanted was just what was best for the city and the region,” Henry III said. “He had power. He had leverage, and he used the power for the good of the city, not for himself.”

Rob said that even his daughter told him she was “having trouble reconciling” the legacy of Henry Grady.

“I would be happy to have a civil discourse,” Rob said. “This is an opportunity for us to be reflective of our own history and of our city’s. I’m not very happy about some of what I have learned.”

“We are not our ancestors,” Henry III said. “We are our own people. We are proponents for positive change.” 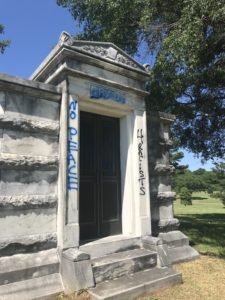 But they draw the line at personal attacks. During the June 6th weekend – after violence had erupted in Atlanta following peaceful protests against police brutality – the Grady Mausoleum at Westview Cemetery was “desecrated” and vandalized with paint with offensive words, including “racist.”

“The mausoleum was built in 1890,” Henry III said. “There are three generations of Henry Grady and their wives in the mausoleum at Westview Cemetery. They kicked out the front door, vandalized the mausoleum, spray painted words. That’s what took it to a personal level. This was very much a targeted effort.”

(For the record, Henry III’s father and mother are buried at Westview outside of the mausoleum).

Henry III and Rob decided not to file a police report because they didn’t want to become a “lightning rod” during a volatile time in Atlanta.

Oddly enough, Grady actually was perceived by some as being too progressive on the issue of race.

On Dec. 22, 1886, Grady delivered his “New South” speech to the New England Society in New York where he stated:

There was a South of slavery and secession – that South is dead. There is a South of union and freedom – that South, thank God, is living, breathing, growing every hour. – Henry Grady

That’s the speech where Grady coined the phrase: “We have raised a brave and beautiful city.”

Three years later, on Dec. 12. 1889, a physically-ill Grady delivered the last speech of his life: “The Race Problem in the South” to the Boston Merchants’ Association. He died of pneumonia less than two weeks later at the young age of 39.

I thank God as heartily as you do that human slavery is gone forever from the American soil. But the freedman remains. With him a problem without precedent or parallel. Note its appalling conditions. Two utterly dissimilar races on the same soil, with equal political and civil rights, almost equal in numbers, but terribly unequal in intelligence and responsibility, each pledged against fusion, one for a century in servitude to the other, and freed at last by a desolating war, the experiment sought by neither, but approached by both with doubt – these are the conditions. Under these, adverse at every point, we are required to carry these two races in peace and honor to the end. – Henry Grady 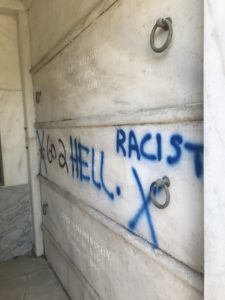 Given the time, Grady was definitely more moderate towards race than most other white Southern leaders. In fact, during the 1906 Atlanta race riots, white mobs killed Blacks, and three corpses were heaped at the base of the Henry Grady statue and monument on Marietta Street because Grady was “regarded as the leading architect of a harmonious New South” according to an Associated Press article.

“I believe his views on race evolved,” Rob said. “In the speeches at the end of his life, there was an evolution.”

When it comes to the possible renaming of Grady High School, Henry III said he has been contacted by dozens of alums who want the Grady name to stay.

When asked how he felt, Henry III said he hoped the conversation would lead to “thoughtful research and thoughtful investigation” about Henry Grady’s legacy.

“This man did more for Atlanta than anyone else during the time he lived,” Henry III said. “You don’t change history if you take his name away. We can’t forget our past. We can’t ignore our past. We welcome positive conversation and positive change.”

Note to readers: Next week, Maria Saporta will share her thoughts about the proposal to rename Grady High School, which she attended – graduating in 1972. 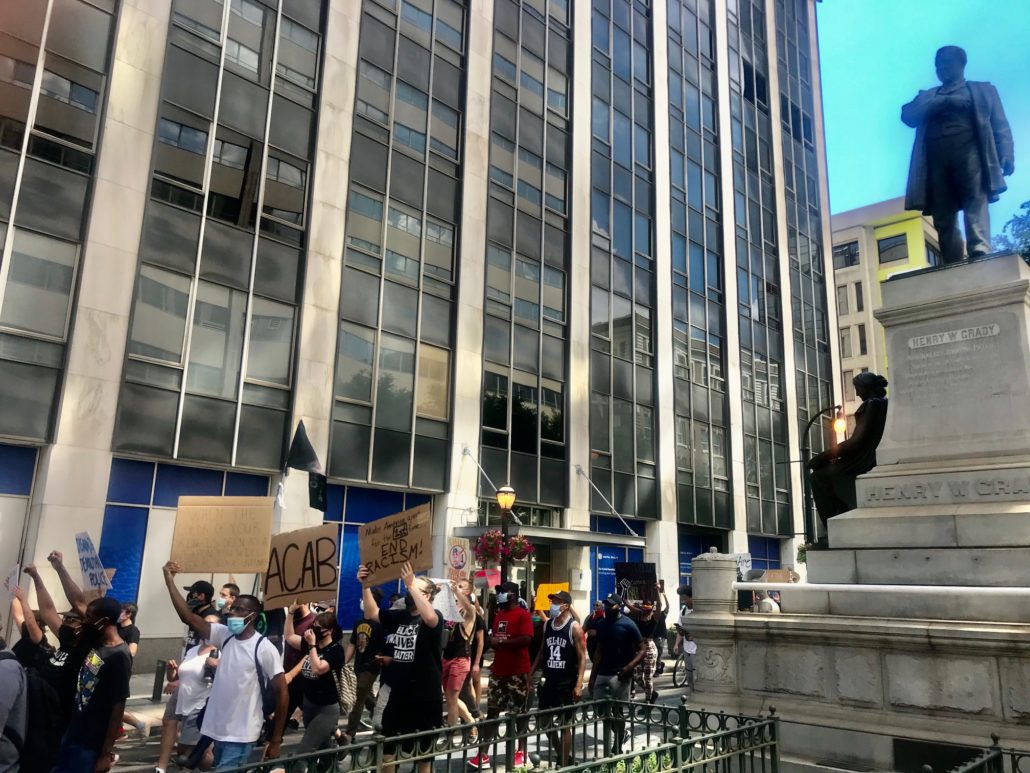 Henry W. Grady was known as the ‘Spokesman of the New South’ in the 1870s and 1880s. Protesters call for removing the Grady statue, in downtown Atlanta earlier this year (Photo by Kelly Jordan)