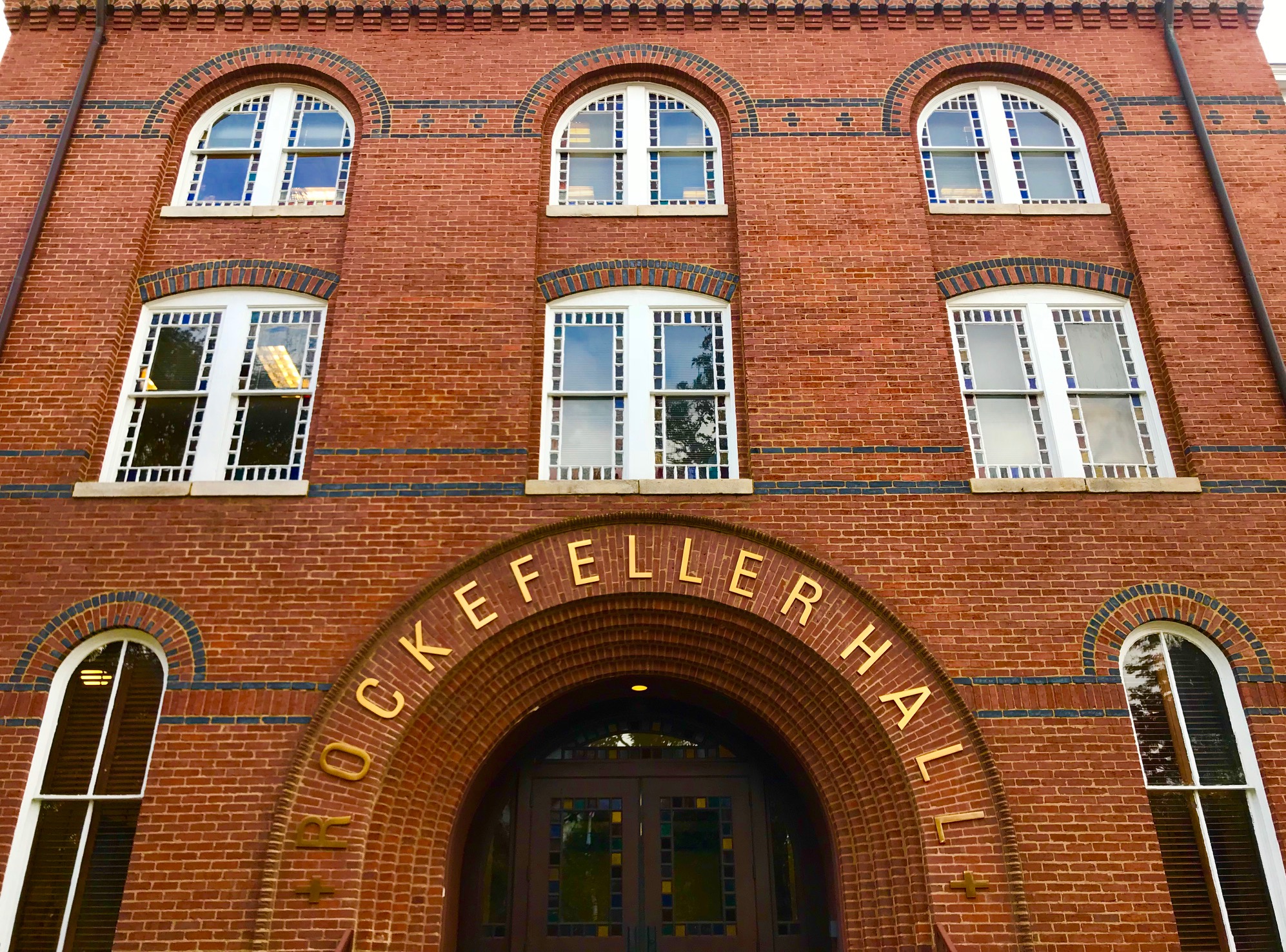 UPDATE: The outbreak of bomb threats to Historically Black Colleges and Universities continues to be sustained.

Monday, Howard University received its fourth bomb threat this year and three Carolina schools had their first on Tuesday.

The FBI, who is leading the investigation, said in a statement that it’s “too soon to say” if the threats are related, but the pattern is troubling. As we go into the last full week of Black History Month, I ask again: why is this still happening?

As the search is on for those involved with calling over two dozen bomb threats over two days to Historically Black Colleges and Universities (HBCUs).  These threats demonstrate the racism of the Civil Rights Era — that many argue is long gone — is still alive and well.

Most news outlets say 19 Historically Black Colleges and Universities have been threatened, but this figure isn’t taking into account eight additional schools — including Spelman College — that received threats on Jan. 5. A threat was called in on Jan. 5, Feb. 1 and Feb. 8.

The university’s leadership is disgusted. 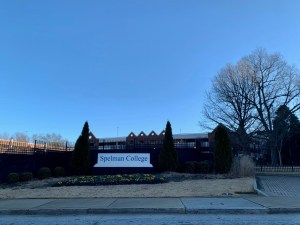 “These threats are despicable,” said Mary Schmidt Campbell, president of Spelman College, in a letter to the community. “They are designed to make us feel fearful and vulnerable. I write now to let you know what additional steps the College is taking to ensure the safety of the Spelman community and our neighbors in the Atlanta University Center Consortium (AUCC).”

Campbell is right. Threatening students, especially the women of Spelman, for malicious intent, personal gratification or even deranged contentment does not only make you a criminal or a deranged individual; it makes you a domestic terrorist.

That said,  it is possible that these threats can be chalked up to a student wanting to get out of an exam. A prank, maybe. But the sustained nature, the frequency, and the targets seem too thought out. Too premeditated. Dismissing this as a prank discredits the lived experience of too many Black Americans.

SaportaReport mapped out all of the HBCUs that have received bomb threats this year. This clearly demonstrates that more schools have been targeted than have been reported by mainstream media outlets.

And it has been up to the leadership of these institutions to ensure students feel safe.

“When the first threat arose, I’ve said to my students ‘it’s okay,’ like the general sweeping moment, so to even hear about a bomb threat at a space that I’m teaching at it’s surreal,” said Dr. Richard Benson, Associate professor at Spelman.

Yes, the FBI does have possible suspects that may or may not be involved but what motive would someone have to spread terror across the Eastern U.S.? Maybe it has to do with making young African Americans afraid. 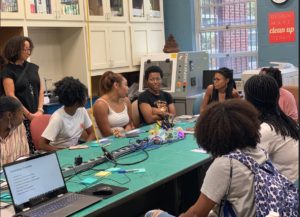 “We begin Black History Month 2022 under the guise of a terroristic threat. That’s the first thing that went through my mind,” Benson said.

Fortunately, some political leaders are acting. Atlanta Mayor Andre Dickens, U.S. District 5 Representative Nekema Williams and Senator Jon Ossoff reached out to her that day. In addition, Morehouse College graduate, Senator Raphael Warnock, assured the AUCC that he would engage the director of the FBI to conduct an investigation as well.

Action groups have been motivated as well. Yael Hershfield, director of Incident Response and Law Enforcement Initiatives at the Anti-Defamation League (ADL) S, told SaportaReport in a statement that the bomb threats are “deeply disturbing,” and the group is participating with the FBI, HBCU universities and other community partners on their ongoing investigation.

The ADL’s CEO, Jonathan Greenblatt, tweeted, “the Jewish community and ADL specifically have faced bomb threats in recent years and offer solidarity for our HBCU friends.”

Thank you to the @FBI and law enforcement authorities who’ve identified the perpetrators who are terrorizing HBCUs with these hateful and racist threats. The Jewish community and @ADL specifically have faced bomb threats in recent years and offer solidarity for our HBCU friends. https://t.co/BCl88dPgcj

Bomb threats to HBCUs are not something new. For centuries, Black institutions have experienced this fearmongering. It is a tool for maintaining the oppressive control of African Americans.

Benson said there are three common themes of bomb threats and attacks against Black people: 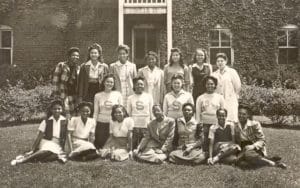 The sad fact is this is nothing new. To give this a historical context, violence towards HBCUs has been happening since after the Civil War. In 1865, an arson fire burned three buildings at Wilberforce University in Ohio after the assignation of Abraham Lincoln. The following year, Memphis school Lemonye-Owen College burned to the ground during a race massacre that killed 46 people and injured 70.

The last HBCU to have suffered an act of violence was Florida A&M University in 1999. In Aug., a pipe bomb detonated on campus and another went off three weeks later.

Going back to what happened on Jan. 5, this begs the question: why is this still happening?

Souls have been shaken because of these threats. The grief and fear resulting from these threats could impact students, faculty and staff for a lifetime.

For too long, Black Americans have been failed by the institutions set in place to protect this nation's citizens. We have an enormous population in this country for which the "system" simply does not work.

Most of the students had not moved back into the resident housing on Jan. 5, so a direct threat to their lives was not in play, but last week’s threats resulted in a trauma that did not just resonate with them but their families and support systems as well. Students from Spelman come from all but two states and 13 countries, including Rwanda, Zimbabwe and Kenya, resulting in them being recklessly put in danger by a delay or lackluster reaction by the administration, Public Safety and APD. 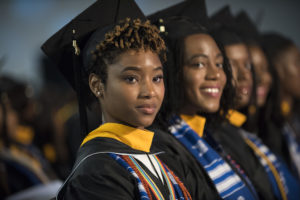 This new pattern has shown Spelmenites -- and indeed, all young Black folks -- that this is becoming a norm. It was the norm in the 1950s and 60s, and it’s the norm now. And it’s disgusting. This never should have happened -- especially not three times.

Rose and Benson agree that now is the time to stomp this extremism out. One way is to demand legislation that includes harsher charges with maximum penalties for these crimes. This might help, but it probably won't be enough.

Legislative solutions are one thing, but what’s especially troubling is that we need laws like this in the first place. No child is born with hate in their hearts; behavior is taught by an influential adult. The individuals who called in these threats are certainly guilty, but those who taught them this hate are equally responsible.

“To be silent gives consent and we should not be silent but we should focus on the structure to continue the continuation of destruction. We must make the status quo feel extreme discomfort,” said Rose.

Punishing the people responsible for the threats is a step in the right direction, but punitive measures are not enough. Having a unified condemnation of this cultural assault is the only way to prevent this hate from continuing into another century.

America is better than this.