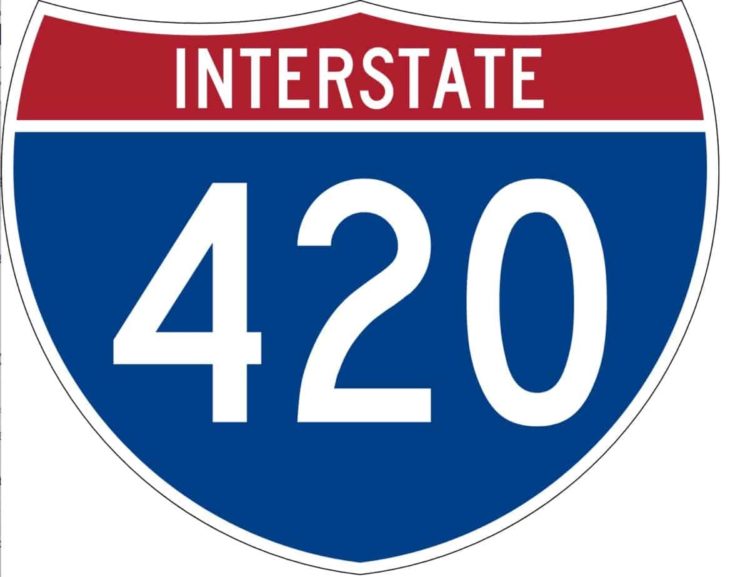 U.S. Attorney General Jeff Sessions still has his knickers in a knot over cannabis, aka, “weed”, aka “marijuana”, aka “the-medicine-that-should-already- be-legal-and-available-to-every-American-who-wants-or-needs-it.”

In Georgia and elsewhere, fortunately, unsung heroes (and heroines) remain undaunted and realize it’s high time to make that happen.

Sessions is seemingly motivated by an atavistic fear of anything resembling compassion or common sense on this issue. Several weeks ago the empathy-challenged AG rescinded the so-called “Cole Memo,” an Obama-era policy that mostly left enforcement of our inane federal laws against cannabis up to individual states, granting them wide statutory discretion. 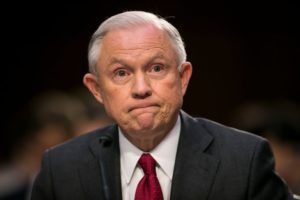 Spurred by the Cole Memo and increasingly favorable public attitudes toward the potent plant, pro-cannabis referenda have been blossoming around the country.  As it stands now, 30 states have some type of marijuana statute on the books. Eight of those states, and the District of Columbia, allow cannabis for adult, recreational use. All told, an estimated 65 million Americans have access to either medical or recreational cannabis.

Despite encouraging progress at the state level, millions more people are suffering from medical conditions that cannabis has been proven to relieve — but they are denied safe, legal access. The best solution is a major change in federal law that ridiculously classifies the plant as a Schedule I drug that’s just as dangerous and addictive as cocaine or heroin. That just ain’t so.

Since the current regime in Washington is unlikely to reclassify cannabis, therefore making it more available, it’s still up to the states to do what’s right. That’s why Georgia’s limited medical cannabis law is ready for an upgrade. Although our state law has been incrementally improved since it was first adopted in 2015, there’s still a long way to go.

For now, Georgia’s cannabis law — known as the Haleigh’s Hope Act —  only helps about 3,400 patients diagnosed with one of 14 severe medical conditions. Those who are eligible must register with the state, be under medical supervision and can only be treated with medicine (usually oils) that contain extremely low doses of THC, the psychoactive ingredient that makes people feel “stoned.” As such, medical cannabis with low-THC doesn’t produce a narcotic high.

But even after jumping through every bureaucratic hoop, patients often smuggle their medicine into Georgia from other states where it’s legal. That’s because Georgia’s existing law doesn’t allow for in-state cannabis cultivation or distribution, a confusing and pointless obstacle to treatment for those who are suffering.

In a collective profile in courage, the bill was approved unanimously by the Medical Cannabis Working Group in the House that Peake chairs and whose members include representatives Micah Gravley, John Pezold, Scot Turner, Michael Caldwell, David Clark, Emory Donahue, Heath Clark and Katie Dempsey. The measure is now before the House Judiciary Non-Civil Committee.

I don’t think the bill goes far enough, or fast enough given the desperate need that many ailing Georgians are facing and the untapped demand for medical cannabis.  But as a practical and political matter, I get it. A plodding, piecemeal is probably this is the best we can expect — at least for now.

In the meantime, there are others fighting the fight to change public perceptions and, eventually, change the law while sending a message to Sessions and other anti-cannabis outliers. 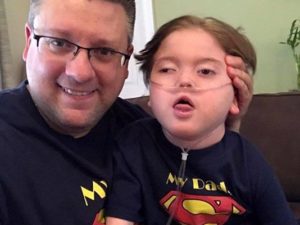 Sebastien Cotte of Stone Mountain and son Jagger, 7, who has Leigh’s Disease that can be treated with cannabis oil.

Sebastien Cotte of Stone Mountain is one of several plaintiffs — including a former NFL player, a Vietnam veteran, and a father with a sick child — who has filed a federal lawsuit against Sessions challenging the government’s classification of cannabis as an addictive substance with no accepted medical benefits.

Cotte’s seven-year-old son Jagger has brain lesions that almost killed him when he was still a baby. Jagger’s condition, known as Leigh’s Disease, was successfully treated with cannabis after the family spent 13 months in Colorado. Oral arguments in Cotte’s lawsuit will start next month

Bridgett Liquori of Duluth is also taking action by helping to organize a “Legalization March & Lobby Day” on Thursday, February 1, at the state capitol. A mother of five children, Liquori’s daughter Lillyauhna uses low-THC oil as a treatment for neuropathy.

Liquori’s Facebook page includes a portrait and fitting quote from Thomas Jefferson: “If a law is unjust a man is not only right to disobey it, he is obligated to do so.”

“Our goal is to get lawmakers to understand that this is a real big issue in Georgia,”  Liquori said. “We shouldn’t have to depend on an underground market for cannabis because our kids are sick. I’m not afraid of Jeff Sessions or anybody anymore. I stopped being afraid a long time ago.”