What an amazing turnaround.

Just hours after the Atlanta Urban Design Commission unanimously voted to deny a demolition permit for the historic Atlanta Daily World newspaper building on Auburn Avenue, the developer and building owner said they are dropping their plans to demolish the building. 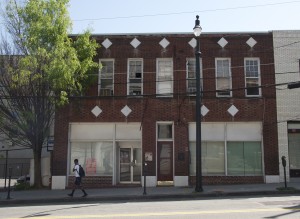 The front portion of The Atlanta Daily World building would have been retained and fit into a new development, under a proposal. Credit: Donita Newton

In a statement, Alexis Scott, publisher of the Atlanta Daily World; and Valerie Edwards, executive vice president of the Integral Group, said they would not appeal the decision of the Atlanta Urban Design Commission.

Here is the statement they issued: 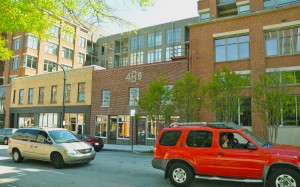 As longtime residents of the Sweet Auburn community, we are especially encouraged by the recently conveyed commitment to preserve the building that formerly housed the Atlanta Daily World, as expressed by certain government leaders and historic preservationists.

As these individuals and groups bring forward practical solutions to the sale and restoration of 145 Auburn Avenue, we look forward to working with them. 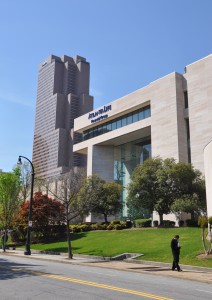 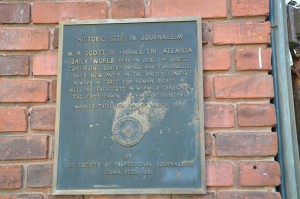 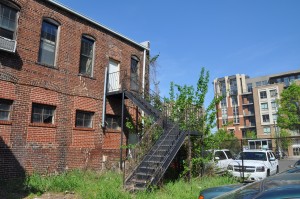 This portion of The Atlanta Daily World was to have been demolished to make way for new development. Credit: Donita Newton

Integral remains committed to its projects in the corridor and the former home of the Atlanta Daily World remains available for purchase.

The Sweet Auburn District was Atlanta’s original Live, Work and Play community. It once embodied an economic vitality that we all should seek to restore.