Honoring director Michael Apted, who documented aging in his Up series

This time last year, we lived in a totally different reality, a pre-COVID19 reality in which we still went to movies, restaurants, and sporting events. And shared Thanksgiving dinner. And Christmas morning.

This time last week, we lived in a totally different reality, a pre-Capitol riots reality in which we couldn’t envision other Americans attacking the very heart of democracy, storming the halls of Congress as if the place was the Bastille, and the French Revolution was underway. 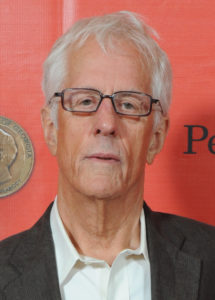 It’s all topsy-turvy and who knows what might happen 45 minutes from now. But if I could, please, put current events on pause, I’d like to pay tribute to British director Michael Apted, who died last week at age 79.

You may not know Apted’s name, but you probably know his work. He made “Coal Miner’s Daughter,” which earned Sissy Spacek an Oscar for her portrayal of Loretta Lynn. He made “Gorillas in the Mist” and “Nell” which earned Oscar nominations for Sigourney Weaver and Jodie Foster, respectively.

Though he seemed to specialize in a certain kind of glossy but thoughtful picture – “Gorky Park” with William Hurt, “Class Action” with Gene Hackman, “Agatha” with Dustin Hoffman and “Enigma” with Kate Winslet – he also made a James Bond movie (“The World is Not Enough”) and the third installment of the Narnia films (“The Voyage of the Dawn Treader”).

But what he’ll always be remembered for – or should be remembered for, which is one reason I wanted to pay tribute to him – is his extraordinary series of documentaries, which began in 1964 with “7 Up.” Commissioned by Granada Television, the films took their title from the observation – variously attributed to Aristotle or Jesuit priests – “Give me the child at seven and I will show you the man.”

The central idea was both simple and brilliant: choose 14 British 7-year-olds and re-visit them every seven years. The 14 were meant to be a cross-section of gender, race and class. They came from cities and suburbs, farms and housing projects. Some stuck with Apted through the most recent installment (“63 Up”). Others dropped out. Still others dropped out and came back. 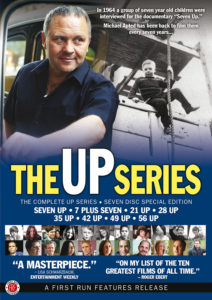 I was lucky enough to interview Apted several times, and he was unfailingly smart, focused and gentlemanly. I especially think about the press junket for “Continental Divide,” the 1981 movie that might’ve saved John Belushi’s life if it had been a success. Having become a box-office smash thanks to movies like “Animal House” and “The Blues Brothers,” Belushi was hoping to expand his horizons and, if he could convince his fans, move into light-romantic comedy roles. Food fights and impersonating a pimple were all well and good, but how many times could someone – even someone as inventive as Belushi – keep doing that?

“Continental Divide” which Apted directed from a Lawrence Kasdan script, cast Belushi as a Chicago newspaper columnist who becomes involved with a Colorado environmentalist played by Blair Brown.

That sort of considerate treatment didn’t happen enough to Belushi who would be dead in less than six months. But at the time, Apted, ever the gentleman, simply shook his head and said modestly, “I think people take bull better from an English accent.” 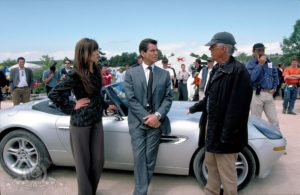 Previous Article
Atlanta March for Social Justice and Women – Jan. 21, 2017 – Photos by Kelly Jordan
Next Article
‘We’ve got the same world to live in. We’ve got to shape our collective future.’