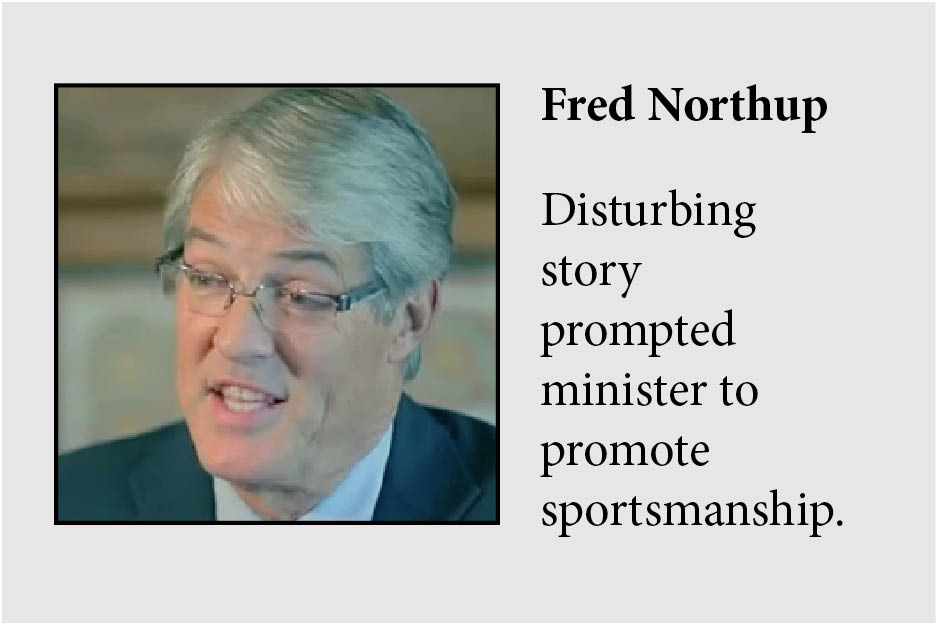 After serving 25 years as a minister in the Episcopal Church, Fred Northup opened up his newspaper’s sports section to find something more troubling than usual in December 1997. As he read a story on NBA basketball player Latrell Sprewell angrily walking up to his Golden State Warriors coach P.J. Carlesimo and choking him during a practice, he sensed the future of sports was in deep trouble. He wondered if he could help.

Living in Seattle at the time, Fred and his wife were preparing to move to Atlanta, where his wife, Julie, had just received a job offer from a law firm. Fred, then working as Dean of St. Mark’s Cathedral, was looking forward to a lunch meeting with friend Michael Campbell, head of the sports and events council of the Chamber of Commerce in Seattle, to discuss his options in Atlanta. But their lunch conversation focused on the Sprewell incident. Fred tried to change the subject.

“I said, ‘Michael, I want to move to Atlanta and work for the Braves and have a lot of fun, so what job do I apply for?’ ” Northup remembered. Campbell thought about his response and turned back to the NBA video story.

“He said, ‘Well, Fred, you can do a lot of things for the Braves, but if you could get these athletes to grow up and behave then the world would love it.’ ”

“When I first said that, I thought ‘I’m going to be a mentor to people like Lebron James or Dwight Howard, when they come up as young people and I’ll help lead them in the right direction,’ ” Fred said in our accompanying Moments HD video.

He soon realized that not only was mentoring professional athletes going to be a difficult role to establish, it might be reaching athletes too late in their career to effect any significant change.

“The impact that sports had on me in terms of leading to my Moment was because of my experience in high school sports,” Fred said. “Because of the ethic that we were taught. That was the first time that I had ever played on teams and that’s when we were taught that there were some things that were more important than winning. That how you played the game… and how you treat your opponents and how you treat your teammates, there are many things that are much more important than winning the game.”

It was when he realized how regularly professional athletes violated those values that Fred decided to focus his attention on youth. So in 1998, Northup founded the Atlanta-based nonprofit Athletes for a Better World. Tuesday night, the group hosts its annual awards dinner in Atlanta to honor one professional and five college athletes for their admirable sportsmanship qualities.

Their mission, according to the Athletes for a Better World website, is “to use sports to develop character, teamwork, and citizenship through commitment to an athletic Code for Living that applies to life, and to create a movement that will play a significant role in the transformation of individuals, sports, and society.”

In 2004, John Wooden, Hall of Fame basketball player and coach, learned about the work that Athletes for a Better World had accomplished and gave the foundation permission to distribute a national award in his name called the Wooden Cup.

“We give [the Wooden Cup] to one college athlete and one professional athlete who represent the highest and the best in sport,” Northup said. “We think it’s the highest award and best award that is in all of sports because it’s open to all athletes, all sports.”

Wooden’s involvement has helped to grow the reach of the award and add committee members such as former UGA athletics director Vincent Dooley, president of the Seattle Mariners Chuck Armstrong, Archie Manning and more.

Today, retired and splitting his time between Atlanta and hometown Asheville, N.C., Fred remains fully committed to spreading the gospel of Athletes for a Better World. With his book, “Winning More than the Game,” Northup has expanded the reach of the foundation both across the nation and internationally. He hopes to add to Atlanta’s growth into one of the top sports cities in the world by expanding this nationally recognized awards ceremony in the coming years.

“We’ve made a lot of progress and we have a long way to go before everyone knows about the Code for Living and Athletes for a Better World, but it all began with that Moment for me in 1997.” 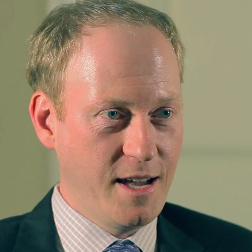 Next week in Moments: Andy Cash

Next week in Moments: Andy Cash, incoming president of Georgia Juvenile Diabetes association, on managing his two sons, who were both diagnosed with the disease.