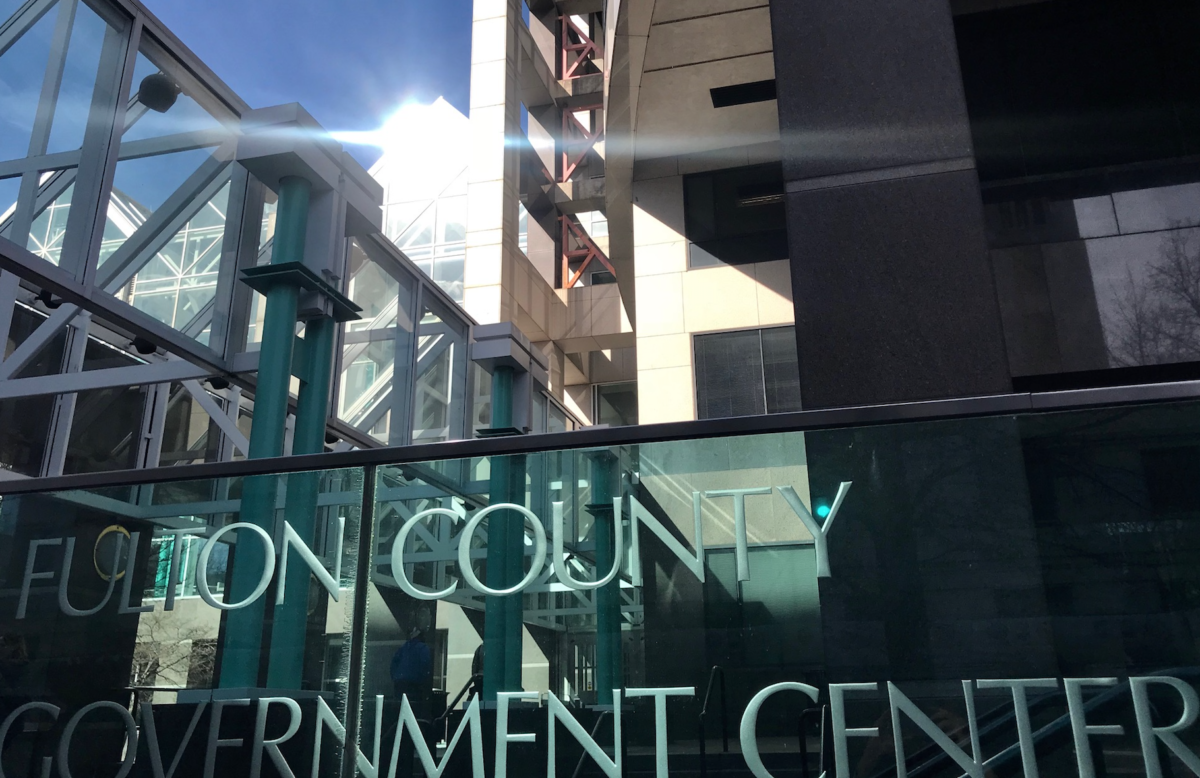 Fulton County's Board of Commissioners is seeking one lobbying firm to advocate for the county at the state Capitol and before Congress. Credit: Kelly Jordan
Share10
Tweet
Share
Pin
Pocket
WhatsApp
Buffer7
Email
Reddit
17 Shares

Most Fulton County Commissioners agreed to a $782 million spending plan for this year, but several others said that’s not enough.

District 2 Commissioner Bob Ellis said he was wholeheartedly in support of the budget, just ahead of his “yes” vote on Wednesday evening.

He mentioned $19.9 in new spending on cybersecurity and other IT infrastructure, as had been recommended as a late addition to the budget by the county manager’s office.

“I don’t like the fact that we happen to be in the position to where we need to act more aggressively in that area,” Ellis said. “But I personally feel like that if we don’t, we would be breaching our duty to the citizens.”

District 6 Commissioner Joe Carn was on the losing side of the 4-3 vote. He said Fulton County residents should not have to beg for funding.

“I think sometimes we need to … keep an eye on our financial and government thinking, but we need to make a decision to use our heart,” Carn said.

In fact, Fulton County residents had begged for funding at the beginning of the meeting and at a meeting two weeks previously. Many came to protest Fulton’s plan to stop applying for a public services grant that gets passed onto cities. But many others came with specific requests for arts and other human services.

Jane Ridley is trying to get funding for a senior center to serve Mechanicsville, Peoplestown and Summerhill in Atlanta.

“We, the seniors, at our age are entitled to be able to live out our lives in the best way possible,” said Ridley, who is president of the Mechanicsville Civic Association.

Some of the struggle was also over spending on the judiciary — or as some see it, lack thereof.

About half the general fund budget will be spent on public safety and the judiciary: courts, the county marshal, the sheriff’s office, the medical examiner, the district attorney’s office, the public defender’s office and others.

Some members of the judiciary have come to ask for more funding, but it didn’t appear in this budget.

And besides that, there’s been some criticism among some commissioners of what they think is a slow criminal justice system.

Fulton could possibly find more money if it dipped further into reserves, or took the much more controversial step of raising the property tax millage rate. Several independent reviews have also shown that at least some commercial real estate in Downtown Atlanta is undervalued for tax purposes; reassessments could raise some unknown millions of dollars.

Not included in Fulton’s $782 million budget are several “funds.”  Those are streams of money that are already set aside for a specific thing and cannot be spent elsewhere. The biggest ones by far are the water and sewer fees that can only be spent on water and sewer works.  Adding all 10 of Fulton’s funds to the general budget would bring grand total spending to about $1.2 billion.

Previous Article
House where ‘Gone with the Wind’ was written to help develop a 47-story building
Next Article
Deal will save historic Westside Atlanta building linked to Kings, Jackson