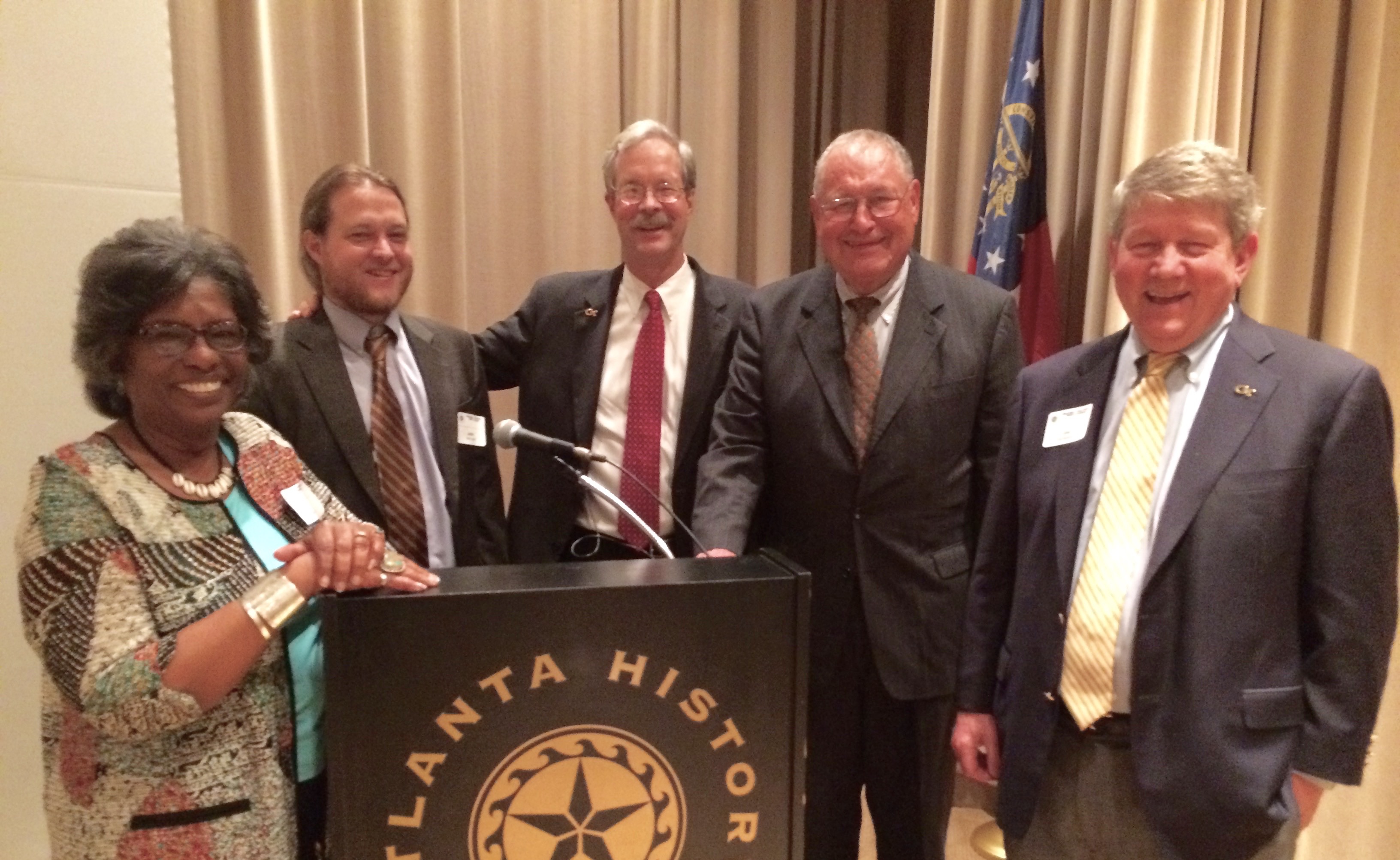 Their stories now are being captured in documentaries that will provide three varying perspectives on a pivotal era that catapulted our city from a small Southern town to the biggest city in the Southeast.

The three mayors – Ivan Allen Jr., Maynard H. Jackson Jr. and Andrew Young – all left an important signature on our city – all mayors who passionately cared about being strong stewards of Atlanta during their tenure.

The one-hour – “Ivan Allen Jr.: A Different Road” – will air on Georgia Public Broadcasting on June 8 – a documentary produced by a David and John Duke. 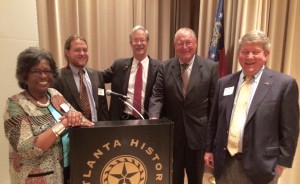 During a preview screening at the Atlanta History Center on May 21, the filmmakers focused on the eight years that Allen served as Atlanta’s mayor 1962 through 1970 – a critical juncture for the city.

Mayor Allen gained national notoriety when he was the only elected leader from the South to testify in Congress in favor of civil rights legislation in 1963. Although that cost him some of his closest friends, Allen help set the tone that Atlanta was different than the rest of the segregated South.

The Ivan Allen documentary is refreshing because it respectfully showcases both the mayor’s qualities as well as his shortcomings.

In his life, Allen acknowledged that when he was growing up, most of the blacks in his life were servants – people who were around him but people he didn’t really see or know. 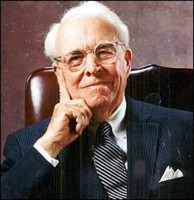 When he became a key civic leader, he had to face racial issues head on – developing strong relationships with black leaders – and fortunately for Atlanta, his instincts were good.

But he made mistakes. He put up a barricade separating a black and white community. And he tore down blocks of slums – moving the poor to public housing projects – areas that soon turned into slums.

As Mayor Allen once told me, “We thought we were doing the right thing.”

During a panel discussion after the screening at the History Center,

Jacqueline Jones Royster dean of Georgia Tech’s Ivan Allen College of Liberal Arts, remembered how she felt about the mayor when she was a student at Spelman College in 1966.

“My view of Ivan Allen was that he was not Lester Maddox (an avowed segregationist), and that he was a man and not a saint,” Royster said. “He was a man who I admired enough to want to be the dean of the college named after him. My perspective of his journey was that it was not just his journey. It was a journey of the time.” 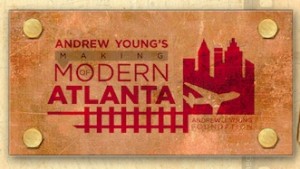 George Berry– who served in the mayoral administrations of Allen, Sam Massell and Jackson, and who was the state’s top economic development officer when Mayor Andrew Young was in office – said the 1960s gave people of different races an opportunity to get to know each other and “to put ourselves in each other’s shoes.”

Berry, however, seemed wistful for the days of old.

“We are not going to be able to replicate the 1960s,” Berry said. “It was the greatest experience of my life, but we are not going to go back there. One of the troubling thoughts I have. We do not have a leadership structure anymore that allows an Ivan Allen to exist.”

As to demolishing slums and replacing them with new subsidized housing, Royster said that we have learned since then that we “can’t just have housing.” Several other amenities create communities – schools, playgrounds, stores, gathering places where people can thrive and grow.

The second documentary is being put together by Atlanta Mayor Andrew Young and his team members. It is in the final editing stages after a two-hour version was shown to a small group of people involved with the project in April. 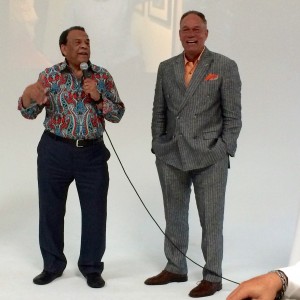 “Andrew Young’s Making of Modern Atlanta” is attempting to tell the story of “The Atlanta Way” – portrayal of a city able to work through its issues by getting business, government and civic sectors to work together for the common good.

The initial screening showed the Atlanta Way through a “rose-colored” lens – not showing how some people were left out of the uplifting message.

Also the first screening of the documentary over-emphasized Young’s role in the Making of Modern Atlanta at the expense of others – namely Shirley Franklin, who ran the day-to-day operations of the city when Young was in office and who later served two terms as mayor.

The third documentary is about the late Atlanta Mayor Maynard H. Jackson Jr., who was the city’s first African-American mayor – serving three terms in office. He was first elected in 1973, and he took office in 1974 and served two consecutive terms until Young succeeded him. Jackson was re-elected as mayor and served one one-term (from 1990 to 1994) following Young’s two terms.

“MAYNARD” is in pre-production, and it is being produced by Auburn Avenue Films with the close involvement of family members.

“My father fought the good fight for equal opportunity especially for African Americans,” said Brooke Jackson Edmond, the oldest daughter of the late mayor. “He believed the way to accomplish that was through the power of the vote, economic strength and educational achievement or, the ballot, the book and the buck, as he put it. All Atlantans have benefitted from his work as have countless others far beyond Atlanta. There is a thriving African-American business class largely because of Maynard Jackson.” 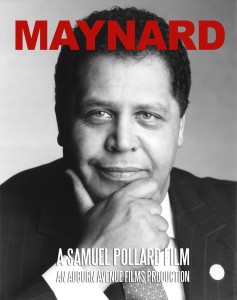 Mayor Jackson was a charismatic yet controversial leader who is credited with building the world’s busiest airport; redeveloping more than 20 of Atlanta’s historic neighborhoods and beginning to integrate the city’s economy.

While he was enjoying these professional successes, there were personal challenges as well.

“Most people only remember the public side of Maynard Jackson, Jr. but they never saw the man who struggled with the loss of his own father at the age of 15, the brother who buried two sisters, the husband who went through divorce, or the father who feared he would lose his only son,” said Maynard H. Jackson, III, son of Mayor Jackson. “In this documentary you will definitely see the giant of a mayor but, more importantly, you see the giant of a real man.”

The filmmaker promise that the documentary will offer an intimate view of Jackson from those who knew him best. The film will include personal family photos and rare interviews with his widow and his former wife, his five children, his siblings as well as many of Jackson’s close associates and confidants.

The three documentaries make a great case study about Atlanta’s history, and who is telling the story, and how it is being told.

For those of us who have been paying attention to the strengths and weaknesses of all our mayors since the 1960s, one trait makes the greatest difference between a great, good or bad mayor.

Is the mayor putting the interests of the city above his or her own interests, and is that mayor doing the right thing for the right reasons?

In the case of Allen, the answer is unquestionably yes.

“What I appreciated about Ivan Allen is he shared a love for this city,” Royster said. “He was a man who was capable of learning. How important was it – the tone he set for Atlanta?”

Previous Article
As APS faces trust gap, Carver valedictorian praises her giants
Next Article
What can we do to improve our medical system? The $300 billion question.