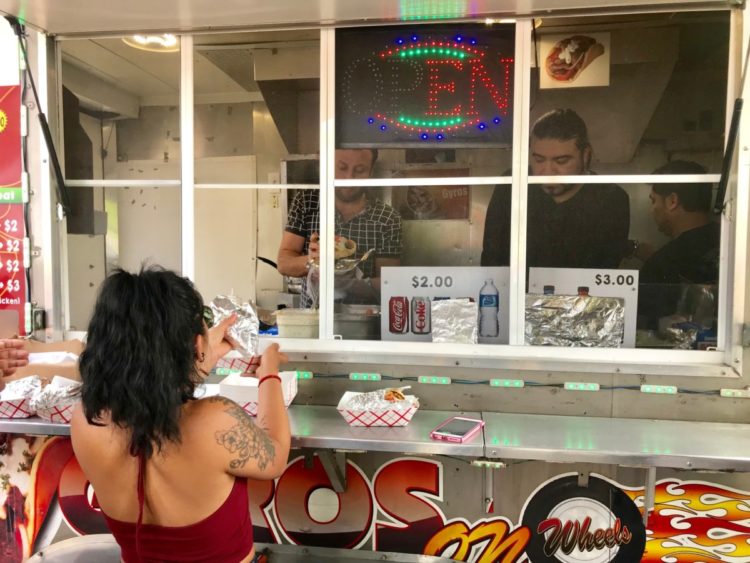 The food truck phenomenon has taken hold in metro Atlanta, as evidenced in a food truck festival at Piedmont Park. Credit: Kelly Jordan

Food Truck Fridays returns Friday to Downtown Atlanta in a new location, moving to Woodruff Park as part of the effort by civic leaders to strengthen the park’s growing role as the outdoor living room for the city’s central business district. 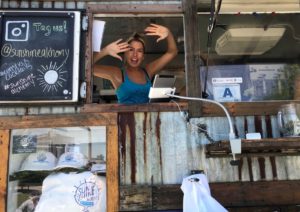 Aficionados of food truck cuisine could have their fill at an event last weekend in the Old Fourth Ward. Credit: Kelly Jordan

The new site is just a block to the north and sends the message that the greenspace with a fountain is firmly under the control of the Atlanta Downtown Improvement District, which is an affiliate of Central Atlanta Progress. The civic group has a deal with the city to manage and maintain the park, which remains owned by the City of Atlanta.

The role of Woodruff Park has evolved over time. Decades ago it was a popular gathering place for folks who appeared to be homeless. It was the site of an loosely knit group that played chess on boards brought into the park. Occupy Atlanta based its protests there during the Great Recession. Now it is a popular getaway for Downtown office workers, students and residents.

This is how the purpose of the event is described in the form the ADID submitted to the mayor’s Office of Special Events: 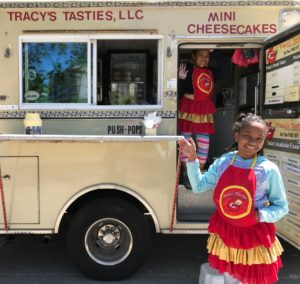 The event is expected to attract 200 persons each Friday, for a total attendance of 2,600. Most of them are expected to be office workers, students and residents.

The event begins Friday and continues for the next 12 consecutive Fridays, concluding on July 27. Food trucks are to serve from 11 a.m. to 2 p.m. and the area is to be cleaned and cleared by 3 p.m. each Friday.

The traffic pattern aims to keep diners safe while they order their food from trucks and walk into the park to eat.

About five or six food trucks each week are to be parked in the outside lane of Peachtree Street, the northbound lane that’s adjacent to the sidewalk between the street and the park. This lane will be closed to vehicular traffic during the event, according to the form. The trucks are to be located between Poplar and Luckie streets.

Diners are to approach the trucks from their side facing the sidewalk. Once they have their food and beverage, they can walk into the park to enjoy their meal. No alcoholic beverages will be sold. 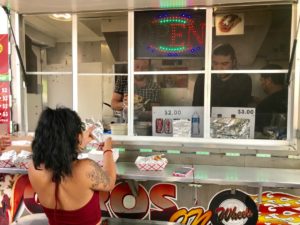 The food truck phenomenon has taken hold in metro Atlanta, as evidenced in a food truck festival at Piedmont Park. Credit: Kelly Jordan

Live entertainment is slated to perform on a bandstand located on the northern side of the park. A public restroom located near the southern end of the park is compliant with the Americans with Disabilities Act.

Security is to be provided by the existing squad of Downtown Ambassadors and a police officer.

About 26 food truck companies have signed up to sell food at the events. The companies are familiar sights at these sorts of events, including Willy’s, King of Pops, Ibiza, Cousins Maine Lobster and Bento Bus.

Note to readers: The schedule for food trucks and other information about Food Truck Fridays is available at this website.