The award is presented to a scholar or artist whose work makes a contribution to the field of African American art or art history.

Last month, the High Museum of Art announced this year’s recipient of the 17th annual David C. Driskell Prize to one of Driskell’s former mentees and friends, Dr. Adrienne Childs.

“It was very much surprising and very humbling,” Childs told SaportaReport. “It took me a while to let it sink in to think about what it actually meant to be honored by people in the field and the people had been looking at my work and all of this unbeknownst to me.”

The nomination committee selected Childs for the prize from a pool of artists, curators, teachers, collectors and art historians. In the past, the award has been and given to notable creators like Michelle Obama portrait artist and Georgia native Amy Sherald in 2018. 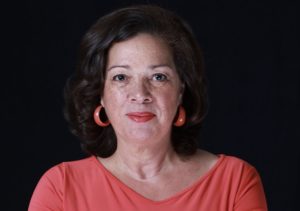 The High dedicated the award to honor Driskell — one of the world’s leading authorities on African American art. The Eatonton, Ga. native was the professor of art emeritus at the University of Maryland, College Park and served as the curator for the historic “Two Centuries of Black American Art” at the Los Angeles County Museum of Art in 1976, which featured memorable pieces from Jacob Lawrence, Henry Ossawa Tanner and Minnie Evans.

Childs was first introduced to Driskell when she was an undergraduate at Georgetown, but their lives would intersect again.

“I met [Driskell] again when I was a young curator and when I wanted to go back to graduate school, I contacted him and he was the one who said to come to [The University of] Maryland,” Childs said.

Driskell was familiar with Child’s curating experience and asked her to help him organize Maryland’s “Narratives of African American Art and Identity: The David C. Driskell Collection” exhibition which featured over 100 works from some of the most prolific artists from the 1870s to its opening in 1998.

Living in a household where her mother and brother were talented artists, Childs was exposed to powerful images of Black art from a young age. 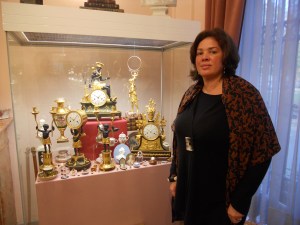 When her mother passed away, she and her brother lived with her grandmother, who expected Childs to go to college for a business-related degree, find a husband and raise a family. She knew, though, that was not her path.

A trip to Paris, though, solidified Child’s purpose in life. It’s there that she saw a centuries-old oil painting that cemented her aspirations.

“I started getting interested in images of Black people in European art and when I saw the “Raft of the Medusa ” at The Lourve, Childs said, adding that the large Black figure at the head of the raft intrigued her the most.  with the “what are these people doing?” Childs asked herself. 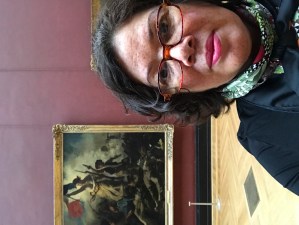 The classic work of art helped Childs make the decision to concentrate on European painting and sculpture of the 19th century, especially as it related to race and representation – a move that she thought would make her more versatile when starting her career.

Finding an African American curator working for a major art museum is a rarity – less frequent still when they are a woman. However, the demand for a more inclusive environment is growing.

“Mainstream museums have had to look into what they’re doing and think about how Black curators have been systematically left out or funneled in museums; funneled into people and funneled into education,” Childs said.

Now an adjunct curator at The Phillips Collection in Washington D.C., Childs is the first independent scholar to receive the Driskell award.

Driskell, an artistic icon in his own right, died of COVID-19 during the height of the global pandemic in 2020. His mentorship, though, shaped Child’s approach to the world of art. Although Driskell taught her the business of curating art, she said he felt more like a dear friend.

“Driskell showed me that it’s always good to engage with people no matter how important you think you are,” Childs said.

Childs encourages others to visit museums and galleries all over the Atlanta metro area if they want to see new art from the next generation of Black artists.

“That is the first step, and once you get hooked, you’ll continue to go and see and might even start collecting,” Childs said.

The award ceremony will take place on April 29 at the High Museum of Art. For more information, click here.