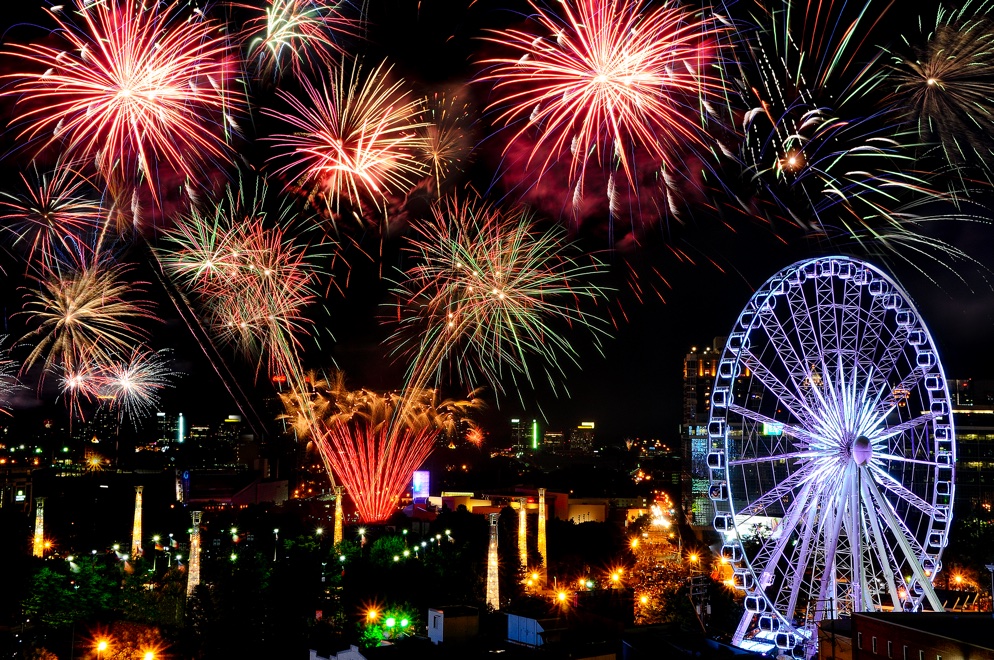 By Maria Saporta and Amy Wenk
Published in the Atlanta Business Chronicle on July 10, 2015

The owners of SkyView Atlanta are planning a new attraction that would be taller and aims to be more thrilling than the 20-story Ferris wheel overlooking Centennial Olympic Park.

SkyView Atlanta, which is celebrating its second anniversary on July 16, has extended its land lease under the Ferris wheel for another 20 years.

And it has entered into a 20-year lease on an adjacent piece of property where it plans to develop the second attraction.

“We are designing a ride that’s never been done before,” said Todd Schneider, one of the owners of SkyView Atlanta. “It will be a different attraction to complement what is already there. It’s bigger than the Ferris wheel, and it has a little more of a thrill element to it. It will offer people an interesting perspective of the park.” 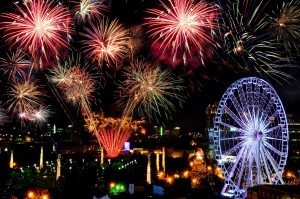 Schneider said the new attraction will be a combination of an “observation and drop ride” experience (think Free Fall or Tower of Terror). He estimated that the owners will be investing about $5 million to develop the ride.

He said it’s premature to offer more details because the owners of SkyView are sensitive to working collaboratively with Atlanta officials and the surrounding communities.

“We value our relationship with the city, and we just cannot get ahead of ourselves with what we have in mind,” Schneider said. “We will be making a formal proposal to the city within the next 30 days.”

Schneider added the team has recently made another significant investment in the Ferris wheel — spending about $1 million on the two-year-old attraction.

“There will be an enhanced light show,” Schneider said. “It will be the same light show as the Eiffel Tower in Paris. People should notice a difference in the next couple of weeks.”

Contrary to recent reports, SkyView Atlanta was never in jeopardy of being seized by Florida tax officials over a dispute concerning a different property, Schneider said.

“With regard to the tax issue, SkyView Atlanta never incurred that tax liability,” he said. “The issues have been resolved.”

One of SkyView’s attorneys — Steve Labovitz with Dentons (formerly McKenna, Long & Aldridge) said the tax issue had been “blown up way out of proportion” in the media.

In a lengthy telephone interview, Schneider could not have been more enthusiastic about SkyView Atlanta’s future in the city.

“We have no intention of leaving Atlanta. It’s been great. We love Atlanta,” Schneider said. “We’ve done really well in Atlanta. We have seen some great changes around the park. And we feel we have changed the skyline in a positive way.”

Atlanta City Councilman Kwanza Hall, whose district includes downtown, said he was aware of SkyView’s owners’ desire to expand their investment in downtown. “It could be very good for adding more things to do for both residents and guests to the city,” Hall said, adding he would support the project as long as it’s safe and sound.

Hall also said the approval process for the new amusement ride would be similar to that of the Ferris wheel — requiring planning and building permits to be filed with the city and possibly the state.

Modeled after the London Eye and other giant Ferris wheels that have sprung up in large cities, the amusement ride opened two months later in a parking lot next to the Tabernacle, the historic church building now used as a concert hall.

Riders go around in 42 six-person, air conditioned gondolas. Each flight takes between 12 and 15 minutes and includes four rotations around the wheel. It offers skyline views of downtown Atlanta.

The Ferris wheel was initially in Paris, later moved to Pensacola, Fla., and Pennsylvania, then came to Atlanta.

SkyView, just a short walk from other attractions including the Georgia Aquarium, the Center for Civil and Human Rights and the College Football Hall of Fame, has helped boost Atlanta’s appeal as a tourist destination. This year, the city is expected to reach a record 50 million domestic visitors.

Schneider said the area around Centennial Olympic Park is among the most special in the country.

“There is a wonderful cluster of attractions around Centennial Olympic Park. We are just proud to be one of them,” Schneider said. “We are just excited to have the opportunity to develop another iconic attraction around the park among all these other iconic brands and attractions that are already there.”