When dynasties collide on the presidential stage 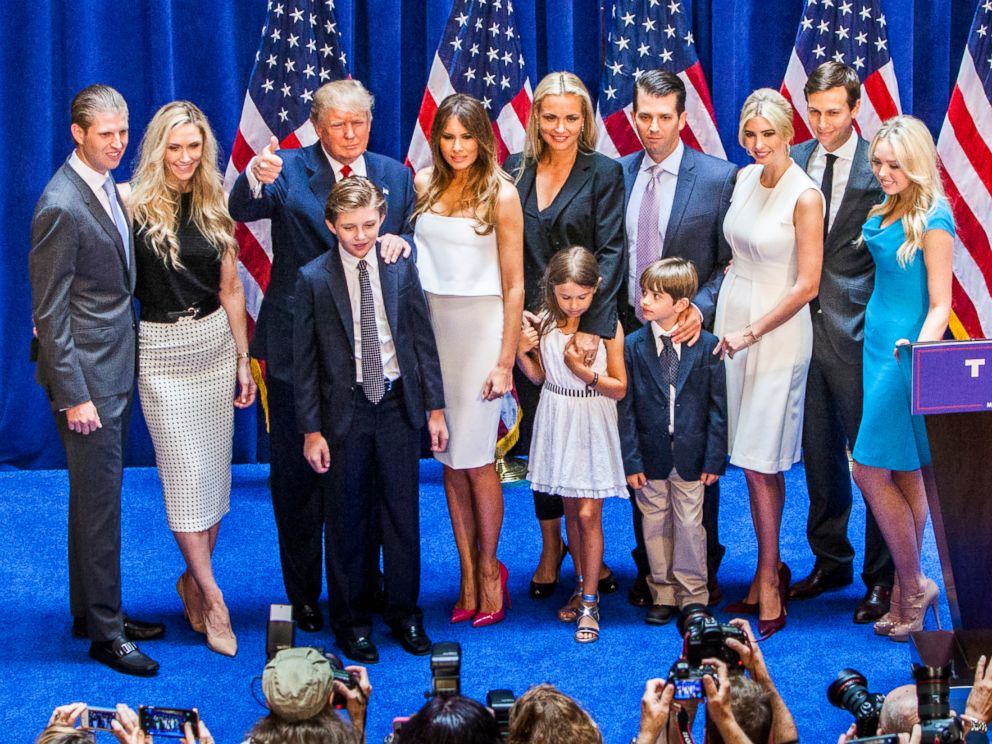 The Mercers are important people: Robert Mercer is a billionaire hedge fund manager and his daughter and her checkbook have become a powerful force within conservative politics. But most Americans hadn’t heard of them before Rebekah Mercer pulled off what amounts to a fire-sale takeover of Donald Trump’s presidential campaign.

The Mercers had supported Ted Cruz to the tune of $13.5 million, but were angered by his failure to endorse the party’s nominee at the Republican National Convention and swung Trump. Over dinner in the Hamptons, Rebekah is reported to have persuaded Trump to install two close associates, Breitbart chairman Stephen Bannon and Republican pollster Kellyanne Conway. The Trump campaign’s now using a data company in which Robert Mercer is an investor.

The sudden emergence of the Mercers highlights one of the dominant features of this year’s presidential election: the rise to importance of non-traditional family dynasties.

Beginning with the Adams family, several family dynasties have occupied the White House, but in this year’s Democratic nominee we have for the first time what might be called a lateral dynasty: the wife of a former president seeking the Oval Office herself.

In its early stages, the battle for the Republican nomination could be read as a rivalry between a traditional political dynasty which has already produced two presidents, the Bushes, and a real estate-media dynasty with no political credentials aside from frequent contributions, the Trumps. Trump’s rise quickly grew beyond his competition with Jeb Bush, but the dynastic quality of the race was set, and firmly solidified in a national convention which was more of a high-end family picnic than the traditional gathering of the GOP.

When Rebekah Mercer decided to make an overture to Trump, she did so through Trump’s daughter, Ivanka, and her husband Jared Kushner, the scion of another real estate dynasty with striking similarities to the Trumps.

Like Donald Trump, Jared’s father Robert Kushner inherited a real estate business built on low-cost apartments — Trump’s in the Bronx and Kushner’s in New Jersey — and grew it into a real estate empire with stakes in Manhattan. From there the family’s story reads like a television soap opera. A dispute with his siblings ultimately helped to land Robert in the federal prison system’s luxe facility in Montgomery, Ala.

To blackmail his sister into silence in a tax fraud case, he had a tape made of his brother-in-law having sex with a prostitute, but the plan backfired, and an New Jersey attorney general close to his estranged brother, Murray Kushner, sent him up the river. Jared was credited with being a steadying force at a young age, cementing the nouveau riche Manhattan stamp with his marriage to Ivanka Trump.

That New Jersey AG was, of course, Chris Christie. It’s said that when Trump came down to his final two or three choices for his vic presidential nominee, his son-in-law was the most forceful voice advising him against Christie.

This gets at one of the distinctive things about how dynasties work in a political framework. Blood is thicker than water, and in addition, family aspirations may not always match perfectly with parties or candidates.

The Mercers are said to be of a strong libertarian bent, unlike Trump, but they spotted a bargain in the dejected candidate and invested. They made the opposite calculation from the Koch brothers, a dynasty which decided to sit this election out. Jared Kushner’s father is a Democrat who had feuded with his Republican brother, but Jared has become one of Trump’s closest confidantes.

It’s not that these families don’t have strong beliefs. Eric and Donald Jr. sounded completely sincere voicing conservative sentiments in their speeches at the convention, perhaps more so than their father. But in these tightly-knit families, conviction is always considered through a lens focused on the family’s long-term interests.

For the Democratic and Republican parties, already structurally weakened, the rise of dynasties pose many problems. Dynastic families can network within and among each other, without going through normal party channels. The Republican National Committee, you’ll remember, attempted its own intervention with Trump and failed. When Rebekah Mercer successfully convinced Trump to shake up his staff, the RNC wasn’t at the table.

One member of the Trump dynasty who is unlikely ever to feature in a reality show is the candidate’s older sister, Maryanne Trump Barry, who was nominated to the federal court by Ronald Reagan and later to the U.S. Court of Appeals by Bill Clinton. Now retired, she is said to support and sometimes advise her brother, but has strictly avoided any public comment on the campaign. Good for her — she must be the oddball at Thanksgiving dinner.