Who is running for office? What is their stance on issues that matter most to me? These are a few questions that East Point resident Seth Rikard struggled to find an answer to during the 2017 election cycle.

While the decisions of local elected officials impact us daily, finding information on the races and candidates can feel like searching for a needle in a haystack.

To avoid encountering the same problem in this year’s races, Rikard created East Point Votes. The site serves as a “Grand Central Station” for residents to find information on the folks running for office. 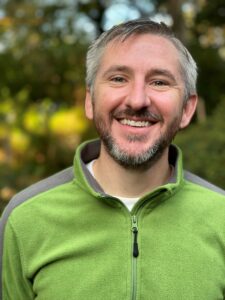 East Point Votes highlights key issues in the city and includes candidate Q&As, information on upcoming events and even offers a sample ballot to help voters prepare to submit their vote.

The website is nonpartisan and does not endorse any candidate.

Rikard says he dedicated about 40 hours to the project, ranging from starting the website to tracking down candidates for their responses. Without the cooperation of the candidates, Rikard said the project wouldn’t have gotten off the ground.

“I’m not someone who is known around City Hall or the chamber meetings, so I’m a bit of an unknown entity. But I think most of the people who are involved in elected office or [are] seeking office knew that there was a need for something like this,” Rikard said. “I really wanted to provide something that gave each candidate equal footing and then gave the voters access to the candidates’ way of thinking.”

To do so, Rikard didn’t alter any of the candidate responses because “[Voters] need to hear your voice, and they need to see your answers unedited.”

He crafted the Q&A questions using conversations with his neighbors and online discussions to compile which issues are most pressing for voters. The questionnaire focused on East Point’s Downtown Commons development, the transportation sales tax, public safety funding and equitable growth and inclusion.

The resource hub is meant to fill an information void in the community, one that Rikard said is a “broader truth that is applicable to many smaller communities.”

“Unfortunately, the paradigm in our country has shifted to a hyper-focus on who’s in the White House,” he said. “I don’t know why the disconnect has happened in our culture and in our society where we dismiss our local elections and don’t pay attention to who is sitting in these important places of government. I thought, in a very small way, by doing this, I can elevate the conversations and elevate the people that are going to directly impact our quality of life here in this town.”

Rikard said the responsibility falls on community members to get engaged and informed about local issues and the folks running for election.

“I think the obligation really falls on each one of us as members of the community… to be informed about what’s going on in your community,” he added. “I think East Point voters would find it incredibly surprising how accessible the people who are running for office really are. They’re very willing to pick up the phone and have a conversation with you. So have that conversation.”