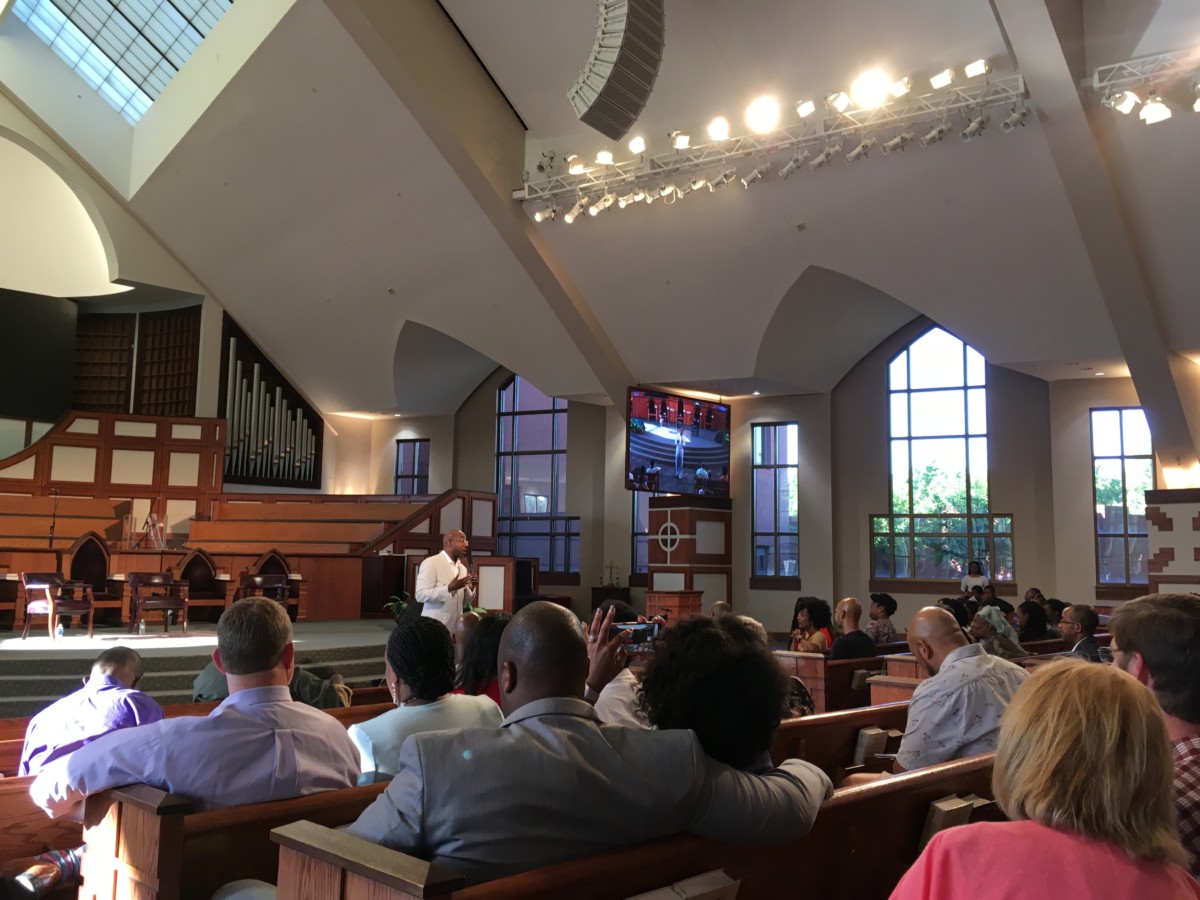 Ebenezer Baptist church and partners are raising money to bail out folks out of jail next week — in time for Father’s Day and Juneteenth. For the church, the bailout is part of a larger focus on mass incarceration.

“We who believe in freedom cannot rest until we dismantle mass incarceration,” said Rev. Raphael Warnock from his pulpit at Ebenezer Baptist Church on Wednesday night, kicking off the Freedom Day Bailout Campaign.

“Part of how that happens is we criminalize poor people. We have effectively made being poor in America a crime,” he said. 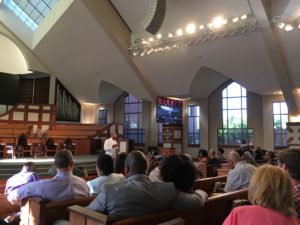 He and other critics nationwide want to change how the criminal justice system treats people who don’t have the cash to pay bail or fines or fees.

For the same charges, it’s a different outcome for a person who has $1,000 to pay bail and someone who doesn’t have that money. Without money, people wait for trial in jail.

Or when someone can’t pay a fine, more, unaffordable trouble piles up.

Several times, Warnock referred to the Ferguson report, the scathing product of a federal investigation of the Ferguson, Missouri police. The report documented systemic racism among officers, a pattern of excessive force and other violations of law, plus the effect of fees and fines on folks who can’t pay them.

“As we saw with Ferguson report, poor people get caught up in the system, with fees and fines and then they end up in jail. If they have employment, they end up losing it, if they have children, their children end up in trouble. So this is a serious moral issue,” said Warnock.

Warnock said they hope to bail out a couple dozen people — and that there are similar campaigns going on across the country to address the cash bail system.

In the meantime, campaigners are also asking prosecutors to refrain from demands for cash bail for the vast majority of offenses, said Tiffany Roberts, chair of the Ebenezer Baptist Church Social Justice Ministry.

“What we know is for a poor person, or a person of modest means, or even a middle-class family, a $10,000 bond, which would be $1,000 to the bondsman, might as well be a million dollars,” Roberts said. 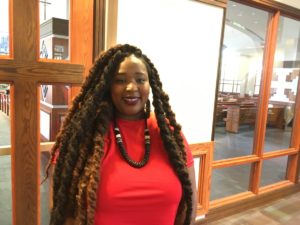 She said they’re focusing on prosecutors because prosecutors are powerful, deciding on charges and what cases to pursue.

Some bail reforms have been embraced by the Democrat-run city of Atlanta as well as the Republican-run state of Georgia.

The new city rule, which had Ebenezer’s support, eliminates bail for some cases that come up in Atlanta’s Municipal Court.

And a new state law requires judges to consider a person’s ability to pay bail on misdemeanors before setting it.

High-profile bailouts in opposition to mass incarceration have already been happening across the country, including national events like Black Mamas Bail Out, set up in time for Mother’s Day. In Atlanta, one of the organizers was Southerners on New Ground, which is also a partner in this campaign, among many other organizations.

Warnock said the church’s ongoing work on ending mass incarceration has included helping people restrict arrest records from public view. That can be done if the arrest didn’t result in a conviction. Those arrest records can prevent people from getting jobs or apartments, Warnock said, even if the person was never convicted of anything.

He also said that in the spring, the church is hosting an interfaith conference on mass incarceration.