By Guest Columnist DANA RICKMAN, director of the policy and research for the Georgia Partnership for Excellence in Education

When it comes to education, is Georgia a national leader or is our state bringing up the rear? Over the past decade, Georgia has worked hard to implement education reforms that will strengthen the birth to work educational pipeline and improve outcomes for all students and make us a national leader.

In some areas, these policies have translated into increased outcomes for students. In 2012, Georgia was the only state in the nation to show gains across all national tests: the SAT, the ACT, Advanced Placement (AP) examinations, and the National Assessment of Educational Progress (NAEP) in Math, Reading and Science. Georgia is a national leader. 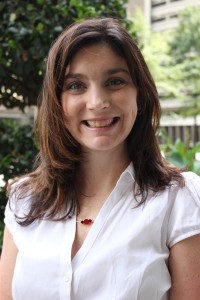 With all of Georgia’s efforts to increase rigor and the positive outcomes on other national benchmarks, how is it that students – especially minority and low-income students – are still leaking out of the education pipeline at such an alarming rate?

To help answer this question, the Georgia Partnership for Excellence in Education just released the ninth edition of the Top Ten Issues to Watch. The Top Ten provides data, research and analysis on education issues that are impacting education outcomes.

The data and commentary presented can help guide policymakers, educators, and community and business leaders to answer that question by considering: What are the policies being implemented? What is working? Where are the weaknesses?

One of the issues undoubtedly impacting all of Georgia’s educational reform efforts is Top Ten Issue Number 10: Our Demographics – The Changing Face of Georgia’s Schools.

The release of the 2010 census data revealed significant demographic shifts that could have critical policy implications in the future, according to the Brookings Institution report: An Impending National Transformation at www.brookings.edu.

Over the past decade, 83 percent of the population growth has been from ethnic minorities. By 2025, it is predicted there will no longer be a majority racial or ethnic group in the U.S., meaning no one group will make up more than 50 percent of the total population.

Georgia has added more than 1.6 million people over the past decade, with the growth concentrated in minority populations. Over 55 percent of the students enrolled in Georgia’s K-12 public schools are non-white.

The nation, and Georgia, is not only becoming more diverse, it is also increasingly poor, especially among the populations that are growing the fastest. Census Bureau data released in November 2012 showed that the number of Americans living below the poverty line at the end of 2011 was at an all time high – 49.9 million (16 percent).

The biggest concern is the number of children living in poverty in Georgia. In 2007, approximately 20 percent of Georgia’s children lived below that poverty line. By 2011, the state average was 26 percent, according to the Annie E. Casey Foundation’s 2012 Kids Count Data Book. And minority children are more likely to be poor than white children.

There are nearly 650,000 poor children in the state, including 39 percent of African-American children and 42 percent of Hispanic children. Within our K-12 public school systems, nearly 60 percent of children are enrolled in the free-or-reduced priced lunch program.

What do these trends mean for public education? Children who live in poverty are less likely to achieve successful academic outcomes. A recent Stanford study found that the gap in standardized test scores between affluent and low-income students has grown by 40 percent since the 1960s.

In 2011, the graduation rate for economically-disadvantaged students in Georgia was 59 percent, compared to 75 percent for their more affluent counterparts. Without at least a high school diploma, students from low-income families will have a difficult time breaking out of the cycle of poverty.

Georgia has been working hard to implement education reforms outlined in the Top Ten Issues to Watch in 2013 to increase the college-and career-readiness of its students by focusing on early learning, rigorous standards, career pathways, instructional reforms, teacher evaluations, technology, etc.

All are designed to produce an engaged and productive citizenry and students ready to compete on a global scale. However, if Georgia wants to lead the nation in education outcomes, it must pay closer attention to how these reforms are being translated from policy to programs – especially where minority and economically disadvantaged students are concerned.

A complete copy of the Top Ten Issues to Watch in 2013 is available on the Georgia Partnership website at www.gpee.org.