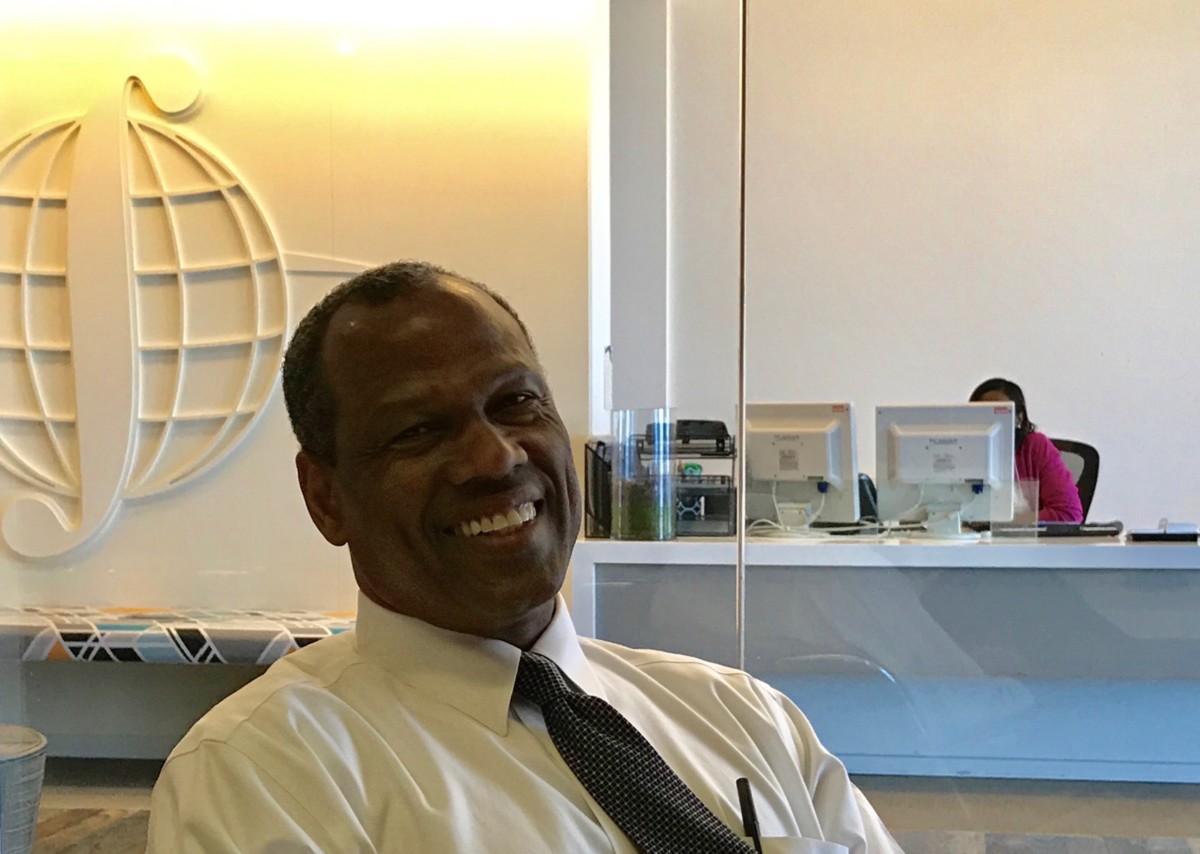 Egbert Perry, founder and CEO of the Integral Group, in a conference room at his company's headquarters (Photo by Maria Saporta)

Affordable housing developer Egbert Perry, and his Atlanta-based company  – Integral, are fighting back against claims by Atlanta Mayor Kasim Reed and the Atlanta Housing Authority (AHA) that he had received a sweetheart deal to buy land next to his company’s existing developments.

In an effort to set the record straight, Integral and its development partners filed a legal response late Saturday to an AHA lawsuit. The response seeks to correct several statements AHA and Reed have made, which Perry said are  misrepresentations of his company’s actions and history.

The legal response also includes Perry’s recounting of a direct threat he received from city officials if he and his partners did not give up rights to a piece of property across from the King Memorial MARTA Station so the city could build a natatorium. 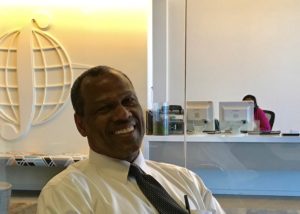 Egbert Perry, founder and CEO of the Integral Group, in a conference room at his company’s headquarters (Photo by Maria Saporta)

The lawsuit and response are just the latest in a feud that began nearly eight years ago, shortly after Reed was elected mayor.

Going back to the mid-1990s, Perry and Integral had partnered with AHA to redevelop Techwood Homes into Centennial Place – creating a national model for mixed-income communities replacing the dilapidated public housing projects.

Shortly after he became mayor in 2010, Reed tried to fire Renee Glover, CEO of AHA, despite the fact that she had received national accolades for transforming public housing projects into successful, mixed-income communities.

Throughout his administration, Reed has tended to view Perry and Glover as his adversaries, and the tension between Integral and City Hall has existed ever since.

The response to the AHA lawsuit states that on Sept. 16, 2011, AHA entered into option agreements to buy about 79 acres adjacent to its master-planned communities of Auburn Pointe, Capitol Gateway, CollegeTown and Villages at Carver.

Those developments, which each had different minority partners, were approved by AHA.  They contemplated developments with retail and a mix of incomes – including market-rate housing, so as to create viable communities.

On Nov, 3, 2016, the Integral development teams advised AHA they would exercise their options to purchase the 79 acres. That should have triggered both AHA and the development partners to each appoint an appraiser to determine the value of the land. 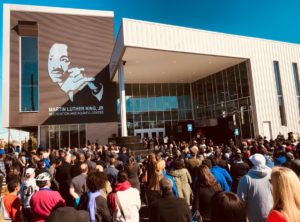 The King natatorium the city sought to build opened on Oct. 30, 2017 with much fanfare (Photo by Kelly Jordan)

AHA declined to appoint an appraiser, and on Aug. 11 of this year, the development partners sent AHA a notice of default for not naming an appraiser.

On Sept. 1, AHA filed a complaint with the court asking for declaratory judgment saying the agreements were unenforceable and inconsistent with the City’s need for affordable housing.

That led to Integral and its development partners filing a motion on Nov. 4 to dismiss AHA’s complaint as well as documents to respond to the lawsuit along with counterclaims.

“I am proud of what the Integral Group has accomplished over the past 25 years,” said Egbert Perry, CEO of the company, in a statement. “Our Community Development Division has transformed many communities and produced approximately 8,000 affordable and workplace housing units across the country, with about half of those units in Atlanta.”

Perry went on to say that the already developed portions of the sites contain 60 percent to 80 percent affordable housing – far higher than any other project AHA and the city are currently proposing..

The Integral-AHA plan all along was to develop the 79 adjacent acres with retail, for sale residential and market-rate rental to ensure the developments would be sustainable mixed-use and mixed-income communities.

“The terms for acquiring and developing the 79 acres were legally negotiated and executed, beginning several years before the current mayor took office,” said Perry, reinforcing the fact that AHA would continue to own 50 percent of the developments without assuming any of the financial risk.

Perry also called the related publicity by AHA and Mayor Reed against Integral “baffling” – given that between 60 to 80 percent of what has already been developed is affordable. Even when the developments have been fully built out, more than half the units would be affordable. 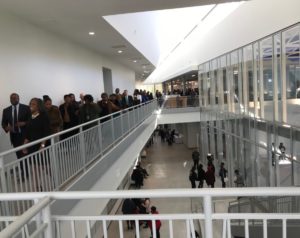 The AHA “lawsuit is also baffling” given that during the past eight years, AHA has owned more than 300 acres of land on  a dozen other former public housing project sites, Perry said. He added that all of those sites “continue to sit vacant and untouched in spite of AHA’s reserves of well in excess of $100 million, while we find ourselves at the height of a housing affordability crisis.”

The legal response also describes a meeting Perry had with two City of Atlanta officials – Michael Geisler, then the City of Atlanta’s chief operating officer, and Amy Phuong, the City’s commissioner of parks and recreation – at their request. Also present in that meeting was Joy W. Fitzgerald, then AHA’s president and CEO.

The City wanted to acquire a key piece of land (known as the Annex site) across from the King Memorial MARTA Station (land that Integral and his partners had an option to buy) so it could build a natatorium.

The legal response describes the meeting this way:

On or about May 21, 2014, City of Atlanta Chief Operating Officer Michael Geisler and City of Atlanta Commissioner of Parks and Recreation Amy Phuong requested a meeting with Integral’s CEO to inform him that they had been directed to “to deliver one message to you and one message only.” Ms. Fitzgerald of AHA and Eric Pinckney of Integral were also present for the meeting. Mr. Geisler delivered the message: “You will relinquish your rights to [the Annex site to accommodate the natatorium], otherwise we will make it difficult, if not impossible, for you to do business in the City of Atlanta.” Mr. Geisler then repeated the message verbatim, and Ms. Phuong confirmed that he had accurately relayed the message.

In documents, AHA represented to the Integral development team that it would be donating the natatorium land to the City. But such a position would contradict AHA’s current stance – that selling the 79 acres at below-market value for development without affordable housing – renders the contracts void and unenforceable.

“The AHA’s behavior in connection with the natatorium land demonstrates that this lawsuit is pretext for a land-grab, orchestrated by the City,” said Billy Linville, an Integral spokesman. That would explain “Mayor Reed’s sudden interest in publicly litigating the matter, and personally attacking the integrity of Integral’s CEO.”

Read related column by Hattie Dorsey, a civic leader who was the founding and retired president of Atlanta Neighborhood Development Partnership (ANDP).

The Integral development teams have built communities with way more than half of the housing units being affordable (Chart: Integral Group) 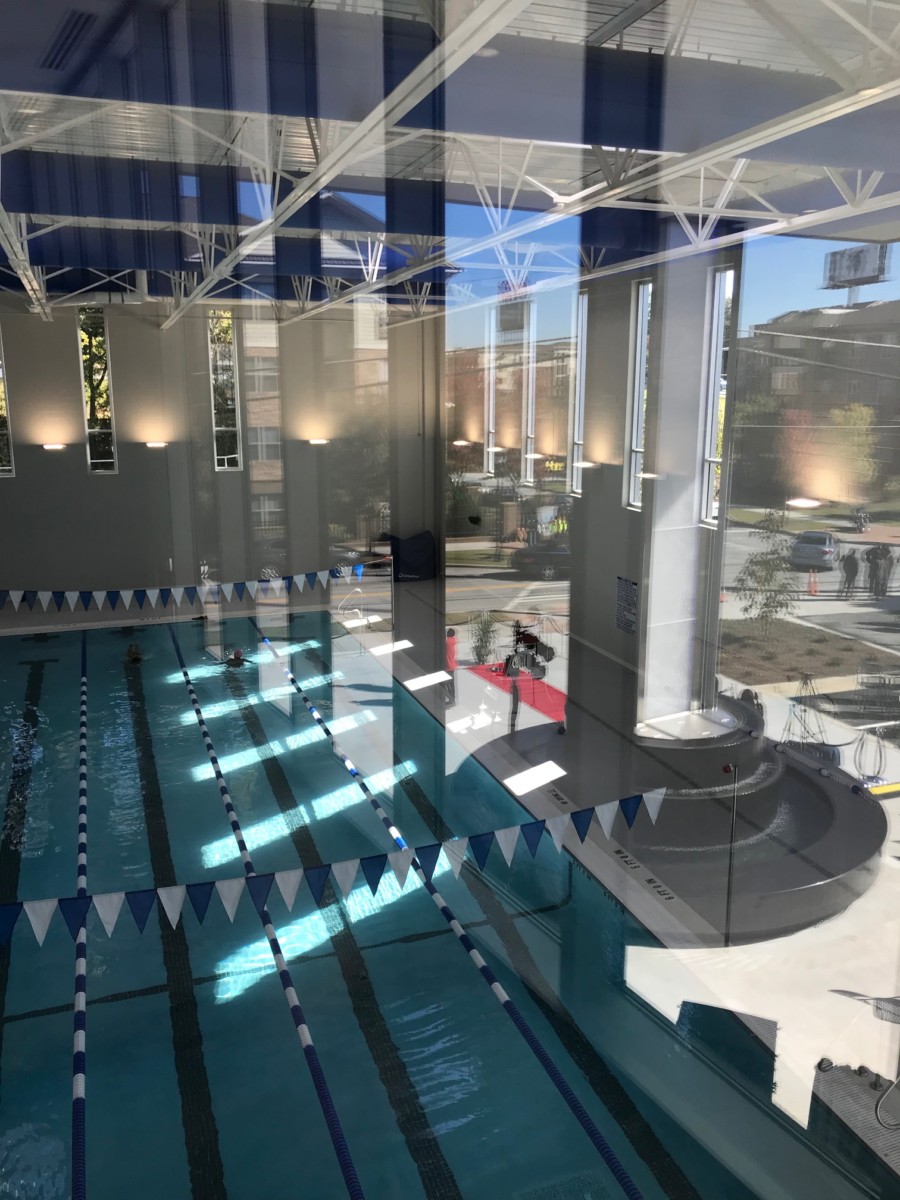 The City of Atlanta reportedly threatened Integral CEO Egbert Perry to give up the ownership rights so it could build the natatorium, which opened Oct. 30 (Photo by Kelly Jordan) 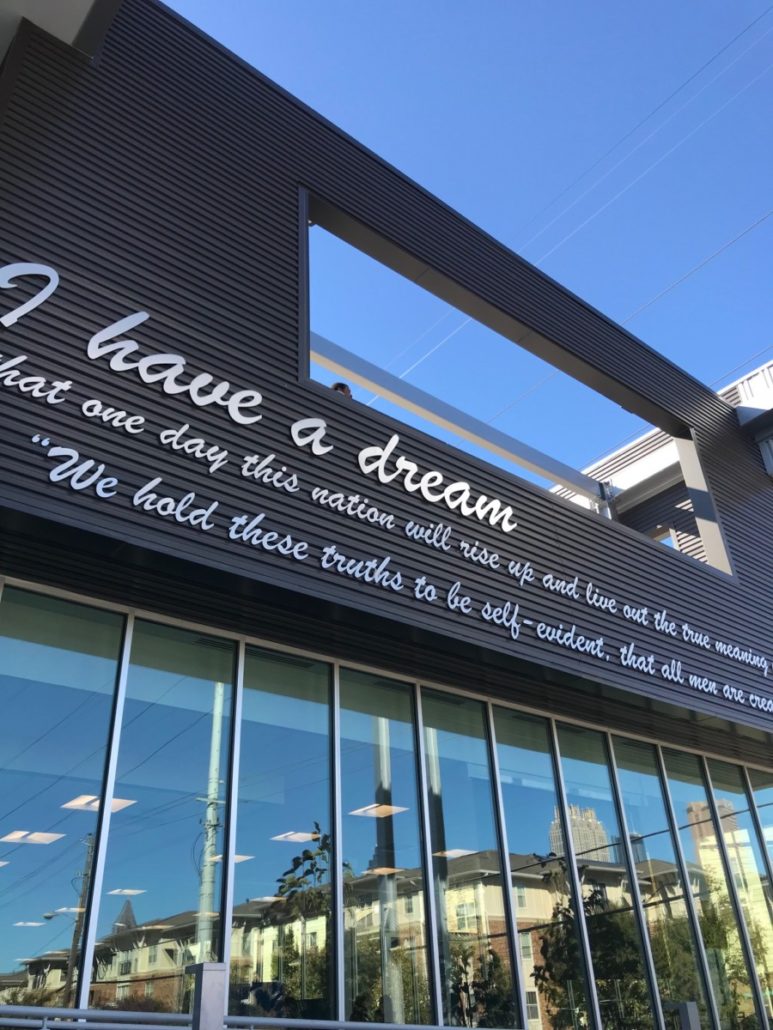