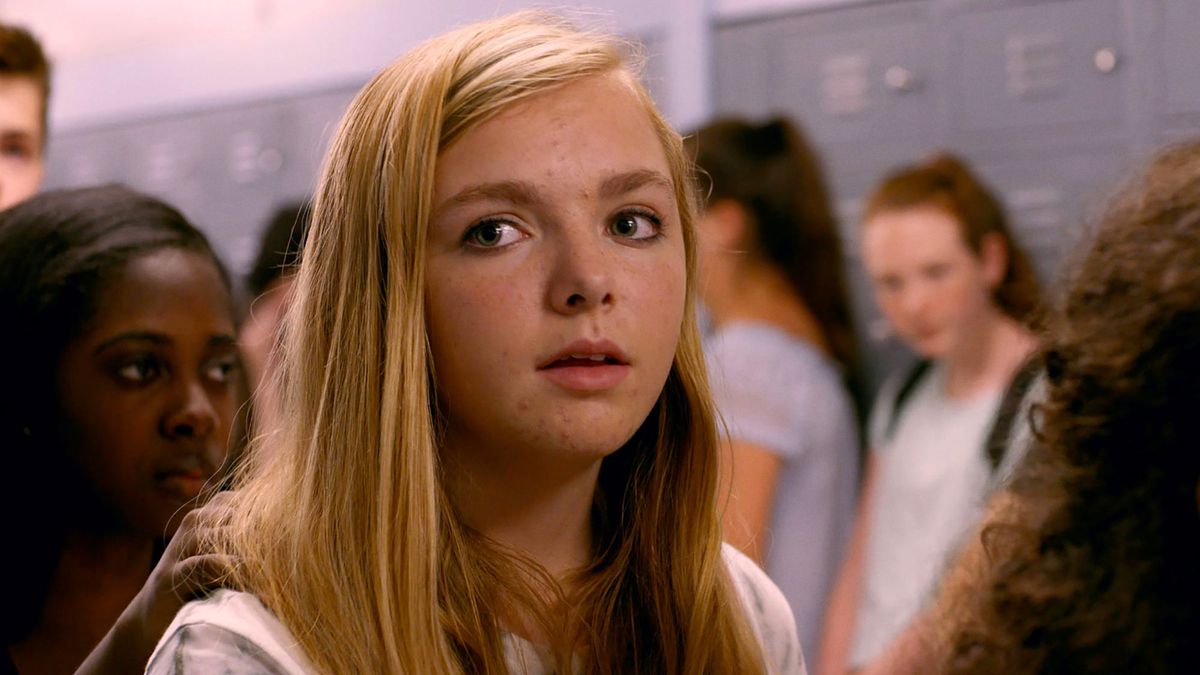 You know how sometimes you feel like a movie is being jammed down your throat, and you just don’t want to go see it out of sheer spite?

That’s how I felt about “Eighth Grade.” For at least the last month, every time there was some sort of talk show or morning show or whatever else that passes for televised entertainment these days, someone would be enthusiastically chatting up Bo Burnham’s debut film. 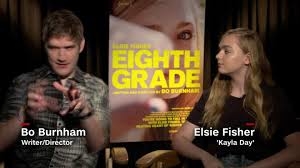 Turns out they were right (and I was dead wrong).

“Eighth Grade” is a small, smart gem about that particular ring of hell known as junior high. Well, technically, the last few weeks of it.

We meet Kayla (Elsie Fisher, extraordinary) via one of her YouTube video chats. “The topic of today is Be Yourself,” she chirps, trying to sound authoritative and hip.

As we soon learn, Kayla is neither. School is a pile-up of humiliations.  A popular classmate’s pool party is a horror show. Just eating dinner with Dad (Josh Hamilton in a father-of-the-year performance) takes everything she’s got. Whydoes he keep asking stuff like, “How was your day?”

Yet Kayla isn’t a pill or a loser or a mental case.  She’s a reasonably cute blue-eyed blonde — slightly pudgy, sometimes acne-prone, but basically, just an average kid. Still, as this savvy film reminds us, “average” isn’t a word that pairs well with adolescence. It can’t. Everything means so much.

One of the best things about “Eighth Grade” is how well Burnham understands this. It takes so little to send Kayla into a maelstrom of confusion and self-doubt. Note her expression when, at the end-of-the-year honors, she’s named “Most Quiet.” (Note also how, without a trace of irony or meanness, she whispers “Good job” to the snotty classmate who wins “Best Eyes.”) 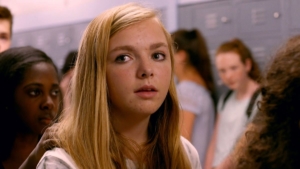 But not everything in Kayla’s life is self-inflicted. Consider the perilous territory known as the Internet. The number of sites devoted to the mechanics of oral sex is…well…mind-blowing (sorry).

“Eighth Grade” has an unmistakable ring of truth about it. And it’s as funny as it is heartfelt. At one point, Kayla makes a Things I Want List. Said things include More Confidence, More Friends, A Best Friend.

All she really needs is time.  Time to grow up, to learn what the world is about, to learn who she is – or can be – in that world.

This kid is going to be all right.  She just doesn’t know it yet.

Previous Article
Collective Impact as Means to Create Change: A Cautionary Tale
Next Article
Collaboration: The Philanthropic Vehicle of Choice in Connecting Passions to Missions