In one of his several memoirs (yes, he has several), Michael Caine reflects on the Oscars. Having won two (“Hannah and Her Sisters,” “The Cider House Rules”), he talks about the time he was nominated for “The Quiet American,” a performance of which he is justifiably proud. A few days before the ceremony, a powerful producer (and apparently good friend), gave Caine a hug and whispered, “It’s not your turn, Michael.” 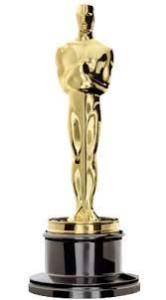 And it wasn’t.  Adrien Brody won for “The Pianist,” famously planting a 6-second kiss on surprised presenter, Halle Berry.

So, whose turn is it this year? A few weeks ago, I would’ve leaned heavily toward “The Power of the Dog,” a film that’s easier to admire than love. But now entities like the Directors Guild of America, the Screen Actors Guild and the Producers Guild of America have weighed in.

Never mind the critics groups awards. Like the guard in “Hogan’s Heroes,” they know nothing. And the Golden Globes were always more alcohol-soaked than smart. The Guilds, which are Hollywood-based, are the ones who know what’s going on.  For instance, the PGA winner has gone on to take Best Picture 22 out of 32 times.

“CODA,” which was recently crowned by the PGA, is the feel-good movie about a deaf family and their hearing daughter (the title means Child of Deaf Adults). One of the stars, Marlee Matlin, who is herself deaf, has been in the news recently, not because she has an Oscar for “Children of a Lesser God,” but because her “Lesser God” co-star and then-boyfriend, William Hurt, recently passed away.  Turns out he was a brilliant actor and abusive lover. In the NFL, it wouldn’t matter.

Here are my annual muddled thoughts on who will win and who, in my even-more-muddled opinion, should win.

Belfast: Kenneth Branagh’s memories of growing up during The Troubles in late ‘60s Northern Ireland simply don’t stick as they should. To see this sort of thing done right, watch John Boorman’s “Hope and Glory,” about London during the Blitz.

CODA: Oscar’s chance to remind us it’s all heart. Matlin is the only deaf person who’s ever won an Academy Award. Oscar so…

Don’t Look Up: All its star-power (DiCaprio, Lawrence, Streep, etc.) never adds up to all that much.

Dune: Didn’t do much for critics or audiences.

King Richard: Not much chance, but fingers-crossed we’ll get to see Serena and Venus all duded up.

Licorice Pizza: The title is stupid. The movie more so.

Nightmare Alley: The title is great. The movie is not.

The Power of the Dog: The Oscar was its to lose and it’s looking like…

My Pick: “The Lost Daughter” which isn’t even nominated, so it definitely isn’t its turn.

Best Actress in a Leading Role

Jessica Chastain – The Eyes of Tammy Faye: She has a respectable resume and she works all the time.  This may not be her career best, but it may be her turn.

Olivia Colman — The Lost Daughter: It’s the best performance, but not a popular one. Plus, she won recently for “The Favourite.”

Penélope Cruz – Parallel Mothers: Another wonderful performance, but she, too, has an Oscar (“Vicky Cristina Barcelona”).

Nicole Kidman – Being the Ricardos: Another already-Oscar-ed nominee (“The Hours”) and while her Lucille Ball is far more than an impersonation, it’s not earth-shaking.

Oscar’s Pick: Chastain (which is fine with me).

Best Actor in a Leading Role

Javier Bardem – Being the Ricardos: Has an Oscar for “No Country for Old Men” and, frankly, wasn’t that convincing as Desi Arnaz.

Benedict Cumberbatch – The Power of the Dog: Was the early leader, but the momentum hasn’t held.

Andrew Garfield – tick, tick… BOOM!: He’s amazing.  Who knew Spidey No. 2 could sing and dance and…

Will Smith – King Richard: As with Chastain, not a career best, but not bad. And he deserves it for all his other work. Also, like Chastain, SAG liked him best.

Denzel Washington – The Tragedy of Macbeth: A beautiful, daring portrayal. Just not his turn.

Best Actor in a Supporting Role

Ciarán Hinds – Belfast: The honor, as they say, is in the nomination.

Jesse Plemons – The Power of the Dog: A deftly understated performance, but nobody’s been interested.

JK Simmons – Being the Ricardos: His take on William Frawley/Fred Mertz is probably the best work in the movie, but again, crickets. And he’s got an Oscar (“Whiplash”)

Kodi Smit-McPhee – The Power of the Dog: Like Cumberbatch, he was the early leader, but he’s been swamped by Kotsur’s surge.

My Pick: Smit-McPhee. Especially after seeing the film a second time.

Best Actress in a Supporting Role

Jessie Buckley – The Lost Daughter: Anyone who can hold her own with Olivia Colman (playing her younger self) deserves an Oscar.

Ariana DeBose – West Side Story: She’s a powerhouse and, as she herself points out, she checks a couple of minority boxes (but it’s her talent that counts the most).

Kirsten Dunst – The Power of the Dog: She’s the utility player, so to speak. The one, like Smith and Chastain, with a deserving resume and a strong performance to back it up.

Aunjanue Ellis – King Richard: She’s fine, but the movie doesn’t give her enough to do. In fact, it barely gives her anything to do that female actors haven’t been doing for decades.

Jane Campion – The Power of the Dog: Yep 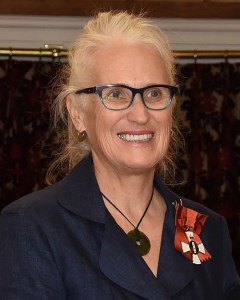