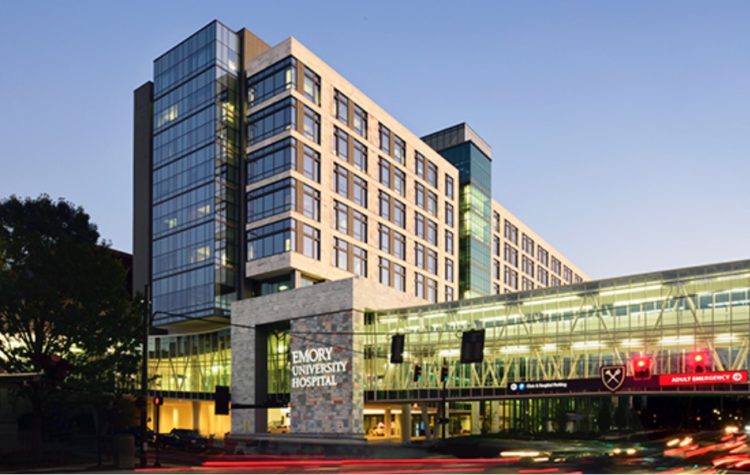 The tower that opened in the summer of 2017 was built with a financing method that Congress may eliminate. Emory is fighting the proposal. Credit: whsc.emory.edu

Editor’s note: This story has been updated with related action the MARTA board took Thursday.

Emory University continues to press its concerns to Congress over the proposed GOP tax reform bill, even as other universities are on a borrowing spree to lock in terms before their debt might lose its tax-free status. 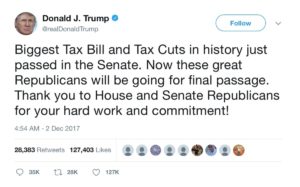 President Trump Tweeted his support for the tax reform plan moving through Congress a few hours after the Senate approved its version. Credit: businessinsider.com

Emory has implored its supporters to contact their congressional representatives and senators to voice their opinions on the planned changes to tax laws regarding the nation’s network of higher education institutions.

MARTA got in on the action on Thursday. MARTA issued a statement with the headline:

Colleges are scrambling to secure construction funding before a favored mechanism is eliminated if Congresses passes the Tax Cuts and Jobs Act.

Just last week, universities and institutions such as hospitals and nursing homes issued more than $4 billion in tax-free bonds, according to a report Thursday by wsj.com. That’s triple the amount issued in the comparable week in 2016, according to the report.

Emory built the new tower at Emory University Hospital and the addition to the Chemistry Center with money obtained through private activity bonds, according to a statement Emory issued Dec. 4.

The House has approved a tax-reform bill that would eliminate the tax-free funding mechanism. The bill passed by the Senate would leave the mechanism intact. The two chambers are starting the process of reconciling the two bills, with the goal of getting a final version to President Trump before the end of 2017. 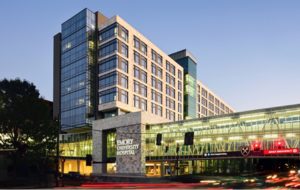 The tower that opened in the summer of 2017 was built with a financing method that Congress may eliminate. Emory is fighting the proposal. Credit: whsc.emory.edu

In addition, both chambers intend to eliminate the tax-exempt advance refunding of bonds, according to Emory’s statement. This mechanism allows borrowers to save money when interest rates drop by selling a new tax-exempt bond and using the proceeds to pay off the older debt that carried a higher interest rate.

State and local governments face higher costs if this mechanism is removed.

For example, the board that oversees MARTA voted Thursday to refinance $56.8 million of its 2012A series of bonds. The total savings was reported at $6.54 million, based on an average annual saving of $588,000 a year. Here’s how the statement from MARTA portrayed the situation:

Construction funding is just one of many major concerns cited by Emory. Emory is part of a broader coalition of higher learning institutions that are protesting the GOP tax reform plans.

The concerns cover the waterfront of the multiple layers of tax laws that colleges and universities use to fund everything from tuition waives for graduate students to charitable donations.

A Dec. 1 report in the trade journal for colleges and universities, chronicle.com, observed:

Emory has been voicing concerns for more than a month, the period in which the House and Senate reform proposals have been assembled. The Dec. 4 statement included this observation from Cameron Taylor, Emory’s vice president of government and community affairs.