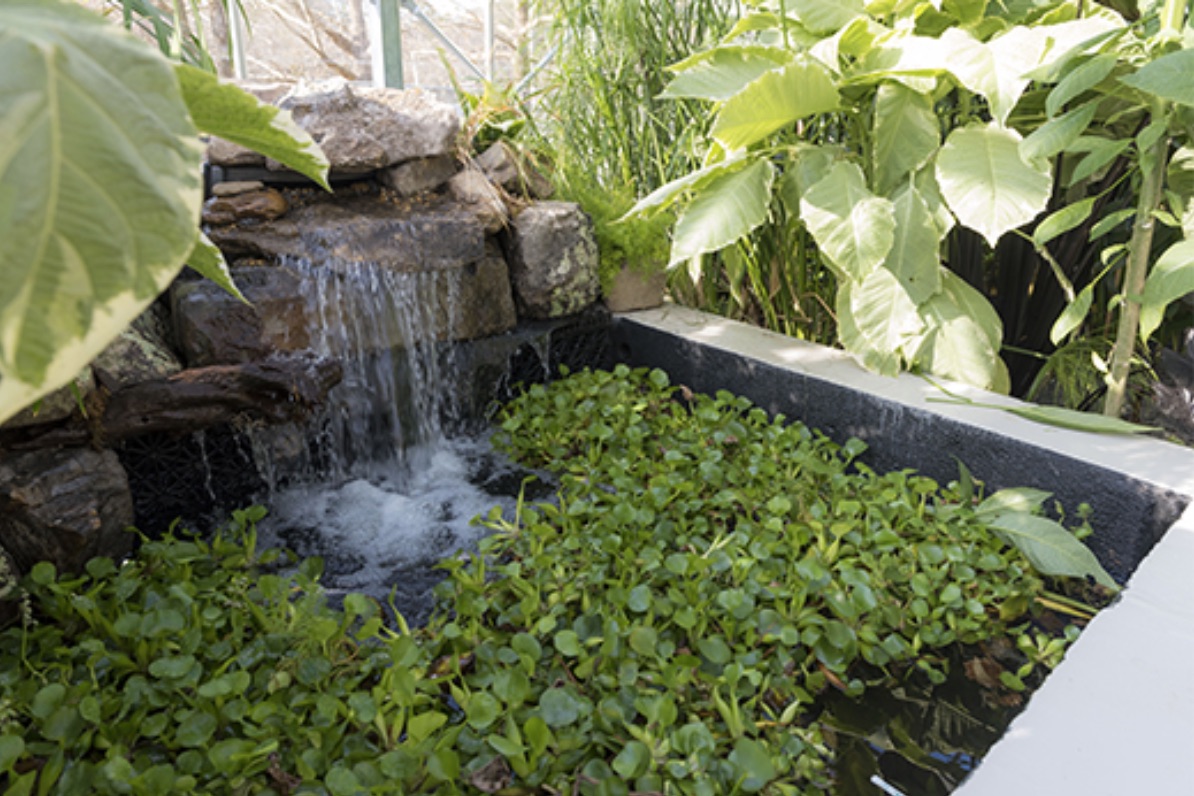 Emory University’s water reclamation program has won another national award for its WaterHub, a system that recovers water used to heat and cool buildings, and to flush toilets. The award is the latest recognition of efforts by Atlanta’s institutes of higher education to reduce their environmental footprint. 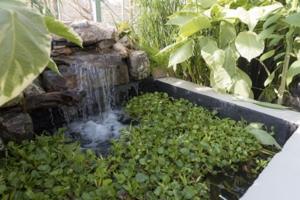 The WaterHub at Emory University mimics biological methods of filtering and cleaning water, an approach that has won another award – the Campus Sustainability Achievement Award from AASHE. Credit: news.emory.edu

Many of the region’s campuses have won individual awards over time. Three were honored simultaneously in 2015 by Sierra magazine, which recognized the greenest schools in the nation and included Emory, Spelman College and University of West Georgia .

In the latest award, Emory’s WaterHub won a 2018 award from AASHE, the Association for the Advancement of Sustainability in Higher Education. The organization was formed in 2005 as the first professional higher education association in North America for campus sustainability, according to a report on its website.

AASHE named Emory as one of its three winners of a Campus Sustainability Achievement Award. The other winners were Hampshire College, in Amhert, Ma., for a living building; and Bow Valley College, in Canada’s Alberta province, for success in boosting its recycling rate from 19 percent to 76 percent in four years.

The WaterHub has won a number of awards, including a 2016 U.S. Water Prize, from the U.S. Water Alliance, for its role in providing a low-energy, highly efficient method of cleaning water by mimicking the water cleansing processes in nature. The method includes filtration, circulation through natural earth and plant bioreactors, and exposure to ultraviolent light and chlorine.

The WaterHub is able to recycle up to 400,000 gallons a day, which represents almost 40 percent of Emory’s water needs, according to a statement. The facility recently completed the recycling of a total of 200 million gallons of water.

Emory swung for the bleachers in the case study of the WaterHub it submitted in May to AASHE. In painting a word picture that placed the WaterHub into the context of the water situation in metro Atlanta and Georgia, the study observed in part: 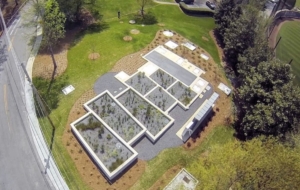 Ciannat Howett was one of three authors of the case study. As Emory’s director of sustainability, Howett addressed the award in a statement released by Emory:

Other metro Atlanta colleges and universities have developed their own programs to address their environmental footprints. A few examples include: 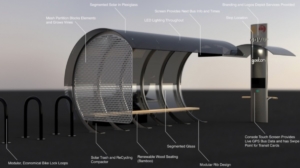 A bus shelter designed as a SCAD class project includes environmentally friendly features including a solar panel that generates power for LED lighting and a dashboard that shows the current time and expected arrival. Credit: scad.edu