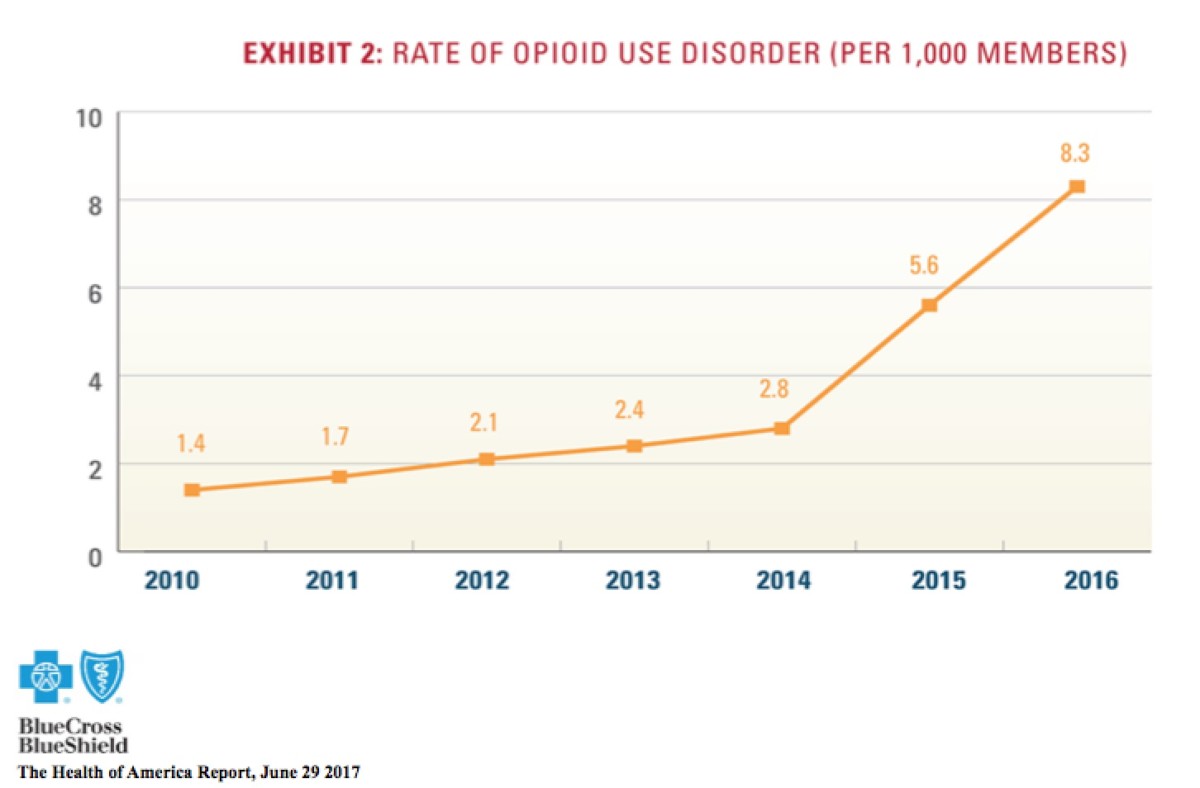 Amid all the conversation about the nation’s opioid addiction, there is surprisingly little common ground on how to address it – with treatment or prosecution. That was the starting point of a conversation last week that was part of Emory University’s yearlong series, Conversations With America. 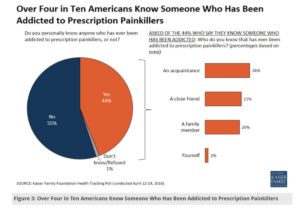 Over 40 percent of Americans know someone who has been addicted to painkillers. Of this group, just over 20 percent say they or a family member was addicted. Credit: Peter Hart

There’s plenty of agreement about the extent of the opioid situation, according to a presentation that series moderator Peter Hart shared before the start of the Jan. 24 conversation. Hart is 30-year veteran pollster for NBC/Wall Street Journal, with more than 50 years of polling experience, who is collaborating with Emory on the series. 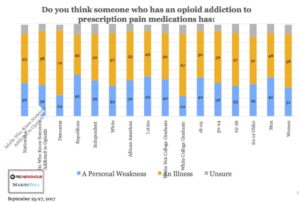 Opioid addition is viewed as a personal weakness by a greater proportion of non-college educated white Republicans than by college-educated white Democrats. Credit: Peter Hart

The agreement pretty much stops there.

After the observing on the concensus over the extent of the problems, Hart’s presentation indicated that folks can’t seem to agree on the reason a person has an addiction – whether it be a personal weakness, an illness, or for a reason that’s not certain.

White Republicans who didn’t graduate from college are more likely to favor prosecution of those who use heroin and cocaine than are Democrats and independents, according to an August 2017 poll by yougov.com.

But favorable views toward leniency tend to increase after folks get into their work years. Through age 29 years, 42 percent think addiction is a personal weakness. The proportion drops into the 30-percentile bracket among those age 30 years and older – the cohort of an age when physical injuries take longer to heal. 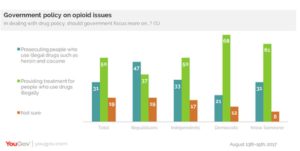 Republicans and Democrats differ sharply over responses to the opioid situation – whether to prosecute or provide treatment. Credit: Peter Hart

Jack Killorin was one panelist who said from the outset that his opinion may flaunt expectations. Killorin serves as director of the Atlanta-Carolinas High Intensity Drug Trafficking Area task force.

“American law enforcement doesn’t believe we should lock up drug abusers,” Killorin said. “We want to deal with the ancillary issues.

“I’m from the police and we do not want to lock you up,” Killorin said. “We want to build systems with our partners and the community, that if you are suffering … we want to get you into a treatment program. And we believe in you. You can have a rich life.”

The other panelists were Debra E. Houry, director of the CDC National Center for Injury Prevention and Control, and David Laws, a founding member of Georgia Overdose Prevention who lost his daughter to an overdose after she became addicted to painkillers after suffering an injury in a high school soccer game.

Emory President Claire E. Sterk indicated that one goal of the year long series is to provide a venue where differences of opinions on a range of topics can be raised. Only by listening to a range of views can Emory faculty, staff and students contribute to the resolution of seemingly intractable problems that are at the crossroads of culture and politics.

“Events like this are so important,” Sterk said in her opening remarks. “They push us to think about who we are as people, what we stand for as an institution, that we must stay connected to the world, and how we can stay connected to each other.” 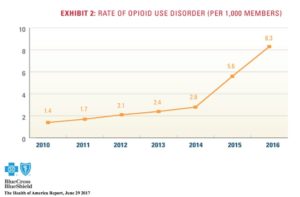 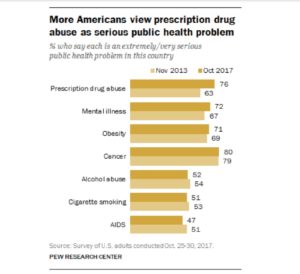