By Guest Columnist GARFIELD L. PEART, an architect and sustainable business consultant, serves on AIA Atlanta’s board of directors

Architects have the power to take Leadership in Energy and Environmental Design (LEED) “outside the building envelop” to transform communities by leading diverse design teams and community stakeholders to combat some of our most pressing social and public health issues in the metro area.

Environmental justice presents a unique opportunity for community leaders and public officials to engage Atlanta architects to address these challenges.

Now with all the pressing economic issues facing communities in metro Atlanta, you may wonder why we should focus on environmental justice and how architects can possibly make an impact in an area traditionally addressed by city planners, community development corporations and policy makers. 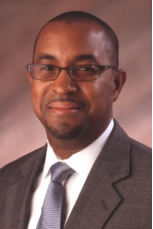 The event marked a renewed focus on increasing awareness within low-income or minority populations that are disproportionately affected by dangerous environmental conditions so they can be an active part of the cleanup and development process.

Traditionally, the EPA, in its Summary of Executive Order 12898, has defined environmental justice as “the fair treatment and meaningful involvement of all people regardless of race, color, national origin, or income with respect to the development, implementation, and enforcement of environmental laws, regulations, and policies.”

An abundance of studies have been conducted relating the lack of physical activity to the increasing rate of obesity and other serious health conditions. Many indicate that disproportionately higher rates of these related illnesses exist in minority and low-income communities and some of them show direct correlation to reduced physical activity.

According to a Centers for Disease Control 2009 survey, there were two-to-threefold differences reported in black metropolitan communities across the country including Atlanta on the prevalence of serious health conditions like obesity, asthma, diabetes and hypertension.

The CDC also found that in those same communities, only 34.2 percent nationwide (41.6 percent in Atlanta) performed the recommended physical activity versus slightly more than 50 percent for the national average.

Furthermore, Do All Children Have Places to Be Active, a 2011 Robert Wood Johnson Foundation research study on childhood obesity, found that despite the fact that many minorities and low-income people live in densely populated mixed-use communities that should promote physical activity, there were features that discouraged active lifestyles.

Therefore, the communities are not only less walkable but they lack adequate aesthetics, infrastructure and safe areas to play that typically make physical activity more feasible and enjoyable.

Beyond the public health of the local communities, the economic impacts are enormous. Due to the ever-expanding U.S. health care costs, especially in communities that have higher unemployment and limited access to good health care, the public health costs due to obesity and other related illnesses are estimated to reach an astounding 20 percent of GDP by 2020.

In Georgia, the state exceeded the national health goals for children and youth in every age, sex, race and ethnic group in 2010 resulting in $2.1 million in obesity-related healthcare costs.4 Focusing improvement efforts on the public health issues, especially those affecting minority and low-income urban neighborhoods, presents a profound opportunity to have a measurable impact on the social and economic base of the entire metro region.

Architects are inherently problem-solvers with the expert ability to guide design to produce healthier buildings and communities. In the American Institute of Architects (AIA) report Local Leaders: Healthy Communities By Design, the authors write, “The links between architecture and well-being are richer than merely affording safety from injury; buildings can be, should be, agents of health – physical, mental and social health. Good buildings and urban plans do precisely that.”

Several years ago, the New York Chapter of the AIA took on the epidemic of obesity and related health issues and began exploring design solutions. Their efforts culminated in the 2010 publishing of The Active Design Guidelines,  which introduced evidence-based design solutions on a range of strategies.

The guidelines primarily showed that architects and designers can play a key role in combating one of the most-rapidly growing health epidemics of our time.

As owners of the “Big Design Idea” for most building projects, architects can lead teams of designers, community leaders, stakeholders and policy makers to develop a fully integrated design approach optimizing the communities diverse natural, architecture and economic resources.

Recently at an AIA conference, Dr. David J. Erickson, Ph.D., director of the Center for Community Development Investments at the Federal Reserve Bank of San Francisco, stated that architects have a cross-sectorial feel of the environment; and as funding sources become more diversified, architects can be key to bringing a more comprehensive approach to community-based solutions.

As the United States celebrates the 20th anniversary of the Presidential Executive Order 12898 and recommits itself to serve low-income and minority populations, environmental justice affords community leaders and policy makers the opportunity for the public to engage architects in a whole new way.

Architects, particularly ones from the Atlanta chapter of the AIA, can apply their inherent ability for guiding diverse teams of designers and community stakeholders to develop comprehensive design solutions that not only start to solve a growing public health epidemic, but create healthy communities throughout metropolitan Atlanta for generations to come.