Expect Congress to get a pass on Zika scandal 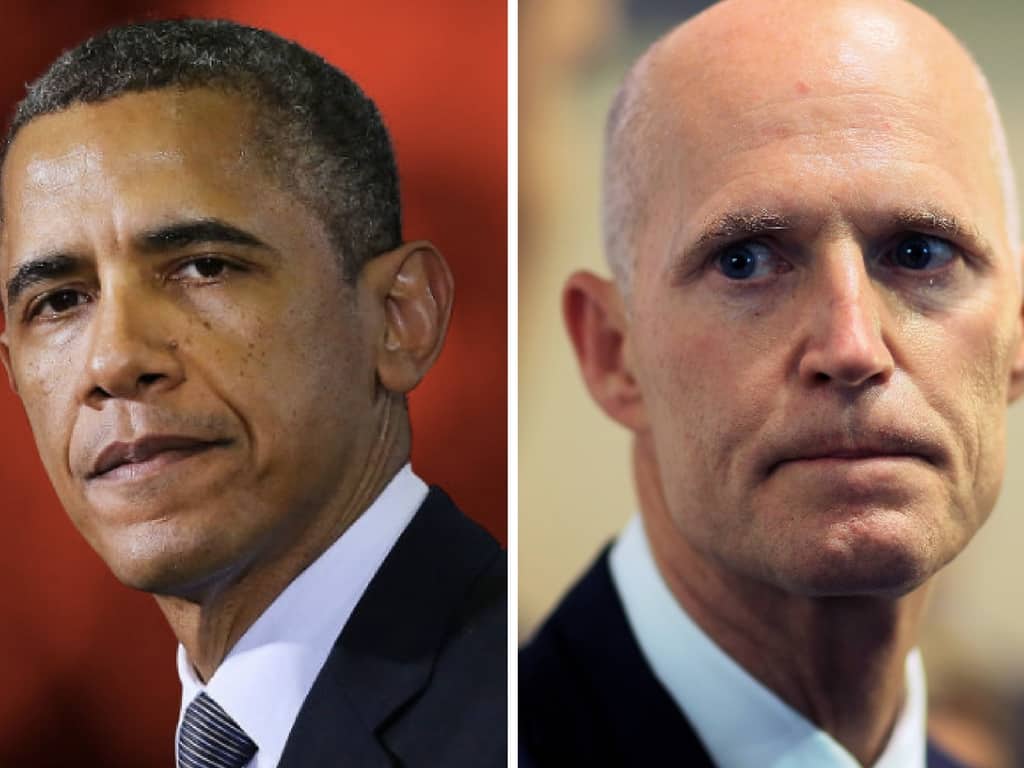 It’s not often President Obama and Florida Gov. Rick Scott agree about anything, but both condemned Congress last week for its failure to provide funding to combat the spreading Zika virus before adjourning for the August recess.

“We proposed an urgent request for funding back in February. Not only did Republicans not pass our request, but they worked to cut it,” Obama said last week, as the number of Zika cases caught locally in the Miami area rose to 15.

Scott was obliged as a Republican to include Obama in the blame for the standoff over emergency funding, but he chided the Republican Congress for its inaction also.

“We still need the federal government to show up,” Scott said, in a rare admission. “The President and Congress have to work together. This is a national, international issue. It’s not just a Florida issue.”

The emergency money to combat the virus has become a chess piece in the game of ideological strategery which occupies so much time in Washington, and feeds the political frustrations of the rest of the country.

The Senate whittled down the administration’s $1.9 billion proposal to $1.1 billion in May, with Obama agreeing to redirect nearly $600 million from funds previous earmarked for the Ebola epidemic in order to get a start on combating the outbreak of the dreaded virus which can cause microcephaly and other birth defects.

“Our Democratic friends block it because they are sore losers,”  Sen. John Cornyn said, expressing much about the way budget disputes are approached these days. He and fellow Texan Ted Cruz have also charged the administration with withholding much of the money it promised to redirect in an effort to worsen the crisis. Scott has also faced criticism for hectoring Washington after cut state funding for mosquito control.

Meanwhile, the mosquitos which carry Zika appear to be spreading, and pregnant women are moving from the Miami area to avoid contracting the disease. Any way you slice it, whoever you blame for it, this has been a monumental case of governmental irresponsibility.

Outrage over revelations that members had been able to overdraw their checking accounts at the House Bank led directly to a huge turnover in 1994, the year of Newt Gingrich’s Republican Revolution. But it’s much easier to pin the responsibility for an overdrawn check on an incumbent than the blame for a microcephalic baby. The game Congress plays with funding is one which neither party really loses, just the country. Running in cleverly fileted districts which reward partisan conflict and ideological purity, most House members worry very little about the November election, and thus about getting much done. It’s getting pick off in their own primaries which keeps them up at night.

We hear a lot about the Zika mess because it’s a human tragedy and that’s good television. But the nation suffers many of the consequences of congressional inaction unknowingly. This summer an unusual number of road projects have closed lanes and slowed traffic from here to the Canadian border. That’s because Congress took more than a decade to pass a transportation bill, and all that pent-up demand turned the occasional inconvenience into a national network of inconveniences.

There may have been some signs of a change in the wind last week when U.S. Rep. Tim Huelskamp, a purist’s purist, was unseated in a Republican primary in Kansas by a more moderate challenger, Roger Marshall. It’s been said this was punishment for Huelskamp’s joining the NeverTrump movement.

But Huelskamp, who comes from the biggest agricultural district in the country, had also managed to get himself kicked off the House Agriculture Committee by an exasperated John Boehner, who tweeted a picture of himself enjoying a glass of wine after Hueskamp’s defeat last week. His defeat, on the same day several hardline Republican state legislators were defeated by moderates, seemed an affirmative of the political principle that there’s only so far you can get playing ball with your own team.

Huelskamp’s defeat was directly related to the impact of his actions on the First District of Kansas, however. The chance that any particular incumbent will be unseated this November because of the Zika scandal is about as small — possibly smaller — than the chance of contracting Zika on a weekend trip to Miami.

Previous Article
Even for a dog person, ‘Nine Lives’ has a peculiar appeal
Next Article
Circling the Dome by Kelly Jordan #7