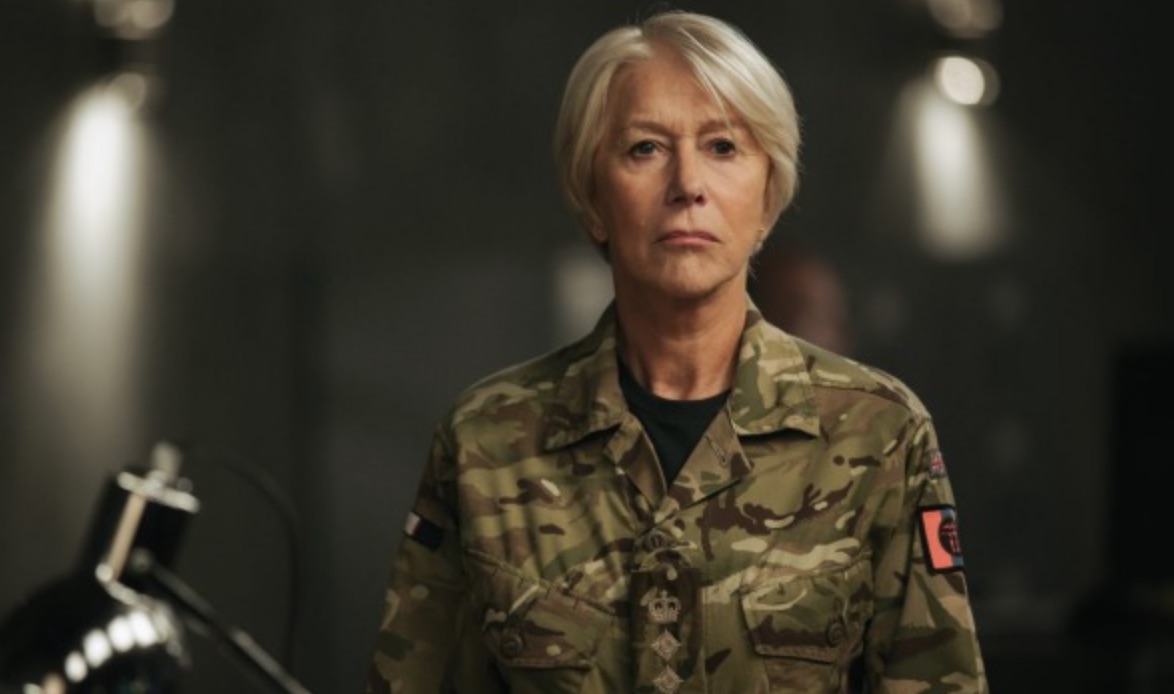 In the riveting “Eye in the Sky,” the fog of war isn’t the only thing clouding the judgment of politicians, military personnel and PR types who bicker, snivel, posture and pass the buck.  Of course, being half a world away from the front lines of the war on terrorism makes that fog a lot thicker.

Here’s the situation: A dangerous terrorist is holed up in a “safe” house in Kenya.  She’s been tracked there by our eyes in the sky, i.e., drones disguised as, among other things, a hummingbird and a flying beetle. 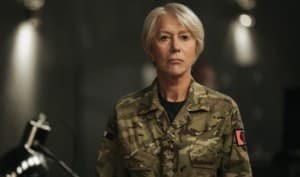 Helen Mirren stars in ‘Eye in the Sky’ as Col. Powell, wants to strike at a terrorist – before the plot thickens. Credit: berkeleyside.com

In London, Col. Powell (Helen Mirren) can’t believe her luck.  It’s taken years to find this woman – a British citizen gone over to the Dark Side – and she wants an immediate strike. Her decision is only strengthened when one of the drones reveals the woman and her colleagues are suiting up two new recruits for a suicide mission.  Hundreds of lives could be at risk.

Powell’s commanding officer, Lt. Gen. Benson (the great Alan Rickman in his last role) concurs. One complication: He is currently playing host to some politicos and their PR handlers.  They are present to witness a “capture” and turning a “capture” into a “kill” just isn’t on today’s protocol. They insist the change be okayed by… well, just about everyone. By legal. By their higher-ups.  By the Royal Family (well, maybe not).

Since this is a joint U.S.-British operation, that means contacting the British Foreign Secretary, who’s having a gastronomic meltdown in Singapore, and the American Secretary of State, who’s enthusiastically bouncing through a ping pong game (read, photo op) in Beijing.

The officials surrounding Benson are such dithering, image-conscious idiots, it’s easy to side with the military pros. Then a complication arises. A beatific little girl sets up shop right next to the targeted house. She’s selling bread and she won’t leave until she’s sold every loaf. 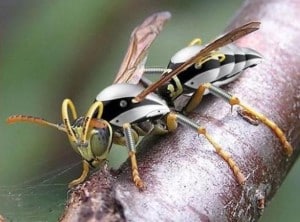 At this point, everything goes topsy-turvy. The people who seemed most sympathetic now seem somewhat monstrous as they argue that the life of this one child isn’t worth the lives of … who knows how many.  (“Never tell a soldier he doesn’t know the cost of war,” Rickman says with quiet authority).

And the wimpy civilians  (mostly liberal leaning) suddenly regain a modicum of respect. For them, collateral damage, i.e., killing a child, isn’t business as usual.  Well, it isn’t when they’re present to witness it.

South African director Gavin Hood, who won a well-deserved best foreign language Oscar for “Tsotsi,” knows how to turn the screws. There’s more anxiety in four minutes of “Eye in the Sky” than there is in the entirety of “Batman v Superman.”

As you’d expect, Mirren and Rickman are marvelous (and dammit, how can she look so glam in camouflage?). So is their supporting cast – notably, Aaron Paul as a drone-warrior sequestered in a bunker in Hawaii and Barkhad Abdi, the, “I am the Captain now” Oscar nominee from ”Captain Phillips.” He plays an operative on the ground in Kenya who is only one literally putting his life on the line – no matter which way the decision goes.

“Eye in the Sky” (cruddy title) lays out a complex moral dilemma with an occasional dollop of gallows humor. But Hood and screenwriter Guy Hibbert don’t really see the ethics of long-distance warfare as a laughing matter. Ratcheting up the tension with each passing minute, they remind us that new battlefields may provide new perspectives and new rules of engagement. But they don’t necessarily alter essential questions of right and wrong.