They always say these things come in threes.

Of course, the world has been at such sixes and sevens these days, who really knows? 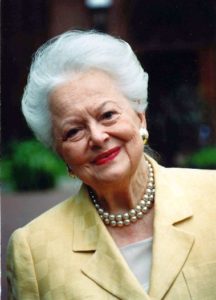 Well, Parker, who died at 76, was a helluva director. However, like his fellow Brit, Ridley Scott, he was eclectic. If you find it hard to believe the same man (Scott) did “Alien” and “Thelma & Louise,” try the same guy directing “Midnight Express” and “Evita.”

Both men started in commercials, back in the ‘70s, when no one was paying enough attention to say “No.” Parker told an interviewer in 1982 that one time everyone was just fooling around in the basement at the agency. “Experimenting” was his term.

“The art director did the lighting, somebody else ran the tape machine, somebody else ran the camera. I was the only one who couldn’t do anything. So, I had to say ‘action!’ which any idiot can do. Then I realized I could also say ‘Cut!’ And one day I shouted at an actor, ‘No, no, that’s not what’s wanted!’ and everybody looked at me and suddenly I was a director.”

He certainly was. Along with the Turkish-prison nightmare, “Midnight Express” (whose script won Oliver Stone an Oscar) and the Andrew Lloyd-Webber musical starring Madonna as Eva Peron, Parker made one of the best marriage-is-hell movies, “Shoot The Moon” (Albert Finney and Diane Keaton), the controversial Civil Rights movie, “Mississippi Burning’ (Gene Hackman and Willem Dafoe), “Angel Heart” (voodoo and Robert De Niro), “Fame” (yes, the one with “I’m Gonna Live Forever”), “Come to the Paradise” (about the Japanese internment camps in World War II America), “Bugsy Malone” (a gangster musical cast with kids, like a young Jodie Foster) and the wonderful cult classic, “The Commitments” (a soul band in Dublin).

I think Parker knew more than how to say “Action” and “Cut.” 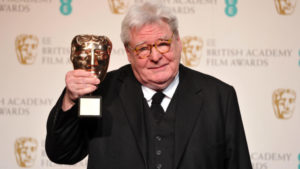 Wilford Brimley didn’t have to say a word. That face – with its distinctive walrus mustache – said it all for him. No wonder Quaker Oats snatched him up to sell their breakfast product. Reportedly, he boosted sales by $100 million in a single year.

Still, he was an awfully good actor, often more memorable in his supporting roles than the top-billed stars.

Brimley knew his way around horses and got his start in Westerns, of which there were plenty on TV in the ‘50s and ‘60s.

However, his first credited big-screen role was as a nuclear plant engineer in ‘The China Syndrome,” starring Jack Lemmon, Michael Douglas and Jane Fonda. He was in “The Electric Horseman,” starring Robert Redford, and played a crusty (a favorite word when describing a Brimley performance) baseball manager, again supporting Redford, in “The Natural.”

He made it a triple play opposite Redford with “Brubaker.” Other appearances included “Absence of Malice” (Paul Newman and Sally Field), “The Firm” (Tom Cruise and Gene Hackman), “Tender Mercies” (Robert Duvall), and a memorable episode of “Seinfeld” in which, as the Postmaster General, he put the fear of the Postal Service in Michael Richards’ Kramer. 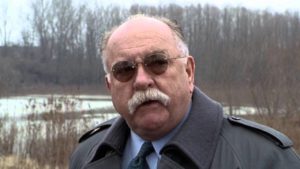 Wilford Brimley in “The Firm”

One of his most memorable roles, perhaps, was in 1985’s “Cocoon,” in which a group of senior citizens discover a Fountain of Youth (or close enough) in their retirement home’s swimming pool.

And here’s the kicker: Brimley, who looked like he belonged at the same lunch table as Jessica Tandy, Hume Cronyn, Maureen Stapleton and Don Ameche (who won an Oscar), was actually 20 years younger (or more) than his co-stars.  Being a baby-ish 51 at the time, he bleached his hair and mustache and drew liver spots on his face.

Now that’s acting. Or at the very least, knowing what to do when it needed doing.

Which is exactly what Brimley projected on screen, with or without liver spots.