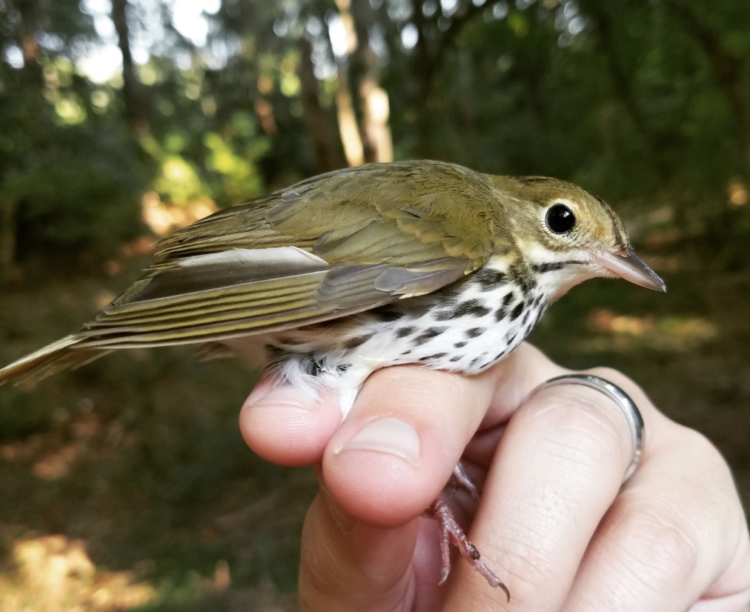 Despite efforts to halt the deaths, a new report puts metro Atlanta in the nation’s Top 10 for the number of birds that blinded by light pollution and fly to their death into buildings the Spring and Fall migration seasons. 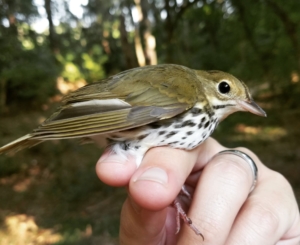 The three cities that rank as the Top 3 in each season are Chicago, Houston and Dallas, the report shows. The cities owe their position to the location in major flyways, according to Kyle Horton, a postdoctoral fellow at Cornell lab. Horton said in a statement:

The study notes that one simple step to save birds’ lives is turning off or reducing exterior lighting at homes and commercial buildings. Collisions with residences account for about 250,000 of the estimated 600,000 million birds that die every year, according to the Cornell report.

Of note, the Cornell study is based on a series of data rather than a count of bird bodies. The full paper is behind a pay wall, and the abstract portrays the conclusions as the result of big data: 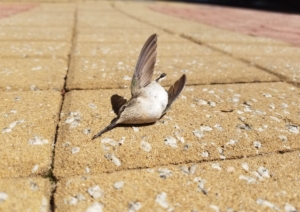 The remains of this ruby-throated hummingbird were found after the bird evidently crashed into the building during a night flight. Credit: Adam Beteul

The Atlanta Audubon Society implemented its Lights Out Atlanta Program in 2017 to encourage a reduction in unnecessary exterior lighting during migration seasons – from March 15 to May 31, and Aug. 15 to Nov. 15.

More than1,200 birds representing 100 different species have been collected, the society reports.

Adam Betuel, Atlanta Audubon’s director of conservation, said the results of the Cornell’s study don’t come as a surprise: 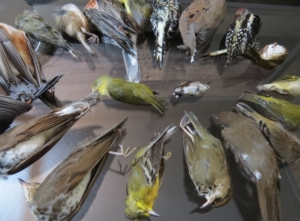 Volunteers with the Atlanta Audubon Society gathered the remains of birds that died after they evidently crashed into buildings during flight. Credit: Adam Beteul