Georgia Audubon’s effort to save migrating birds from killing themselves by flying into windows now includes a special treatment applied to windows at Elachee Nature Science Center, in Gainesville. 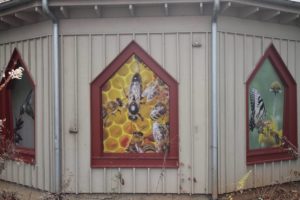 Decorated film applied to windows is to alert birds so they don’t fly into the glass at Elachee Nature Science Center, in Gainesville. Credit: Georgia Audubon

Georgia Audubon and the Elachee center partnered to cover about 538 square feet of the center’s windows with a film that has proven effective in preventing birds from mistaking windows as a clear flight path, crashing into them and dying upon impact. The film is decorated with images.

The project was funded with a portion of a $50,000 grant the Disney Conservation Fund provided Georgia Audubon to further efforts to reverse the declines of threatened wildlife species, according to a statement from Georgia Audubon.

Since 2015, Georgia Audubon has focused on bird/window collisions as part of its Safe Flight Program.

A two-year study completed in 2017 showed that more than 500 birds of 70 different species had been collected. The deaths were attributed to massive trauma that resulted from crashing into windows or buildings. 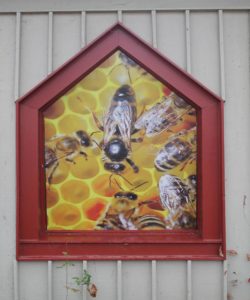 Bees on a hive decorate a film that covers a window at Elachee Nature Science Center, in Gainesville. Credit: Georgia Audubon

Since that initial study, the number of dead birds collected has skyrocketed – to more than 1,700 birds representing more than 115 different species that died after crashing into a window or building, according to a statement.

Adam Betuel, conservation director for Georgia Audubon, noted that the number is a fraction of the total number of expected bird deaths because the society gathers samples along a few routes during peak migration periods. The high number of deaths has prompted the organization to expand its Safe Flight Program, Betuel observed: 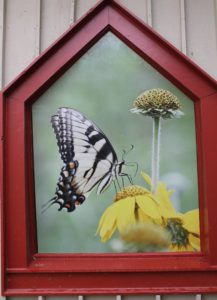 The solution at Elachee Nature Science Center is the same Georgia Audubon has used in six previous projected funded by the Disney Conservation Fund.

A film is applied to windows. Images on the film are seen by birds in flight, and birds recognize the images as a hazard through which they cannot fly. At Elachee Nature Science Center, the film is decorated with images of native birds and other wildlife, and dots.

This solution eliminates the likelihood that birds in flight will see a window and perceive it as an open space through which they can fly. Birds fly at speeds high enough for the impact to be fatal.

Peter Gordon, Elachee’s director of education, said in the statement: 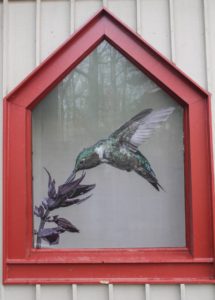 Georgia Audubon has partners with other entities to apply similar film to six other buildings, using proceeds of the grant from Disney. The structures include: 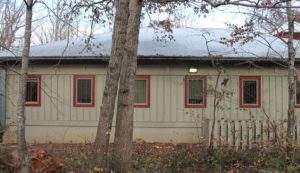 Dots spaced 2 inches apart are to help birds see windows and avoid crashing into them at Georgia Audubon’s effort to save migrating birds from killing themselves by flying into windows now includes a special treatment applied to windows at Elachee Nature Science Center, in Gainesville. Credit: Georgia Audubon