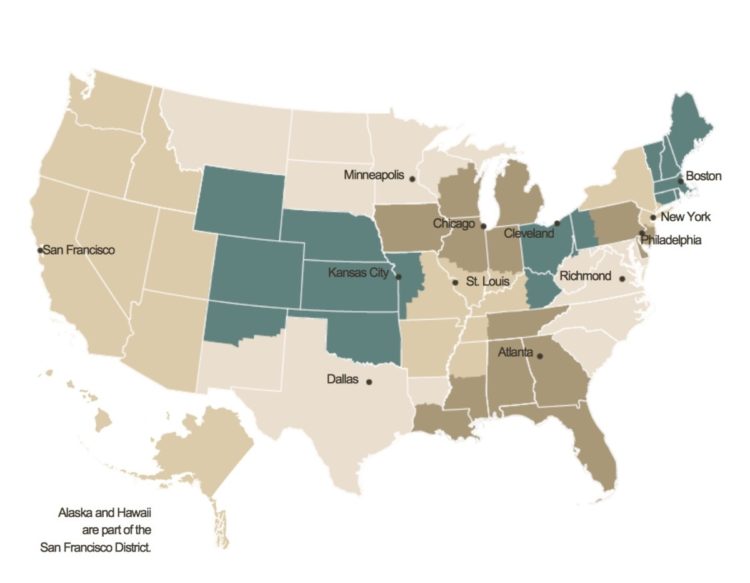 The Atlanta District of the Federal Reserve Bank covers Alabama, Florida and Georgia, and portions of Louisiana, Mississippi, and Tennessee. Credit: federalreserve.gov

The latest report on jobs and wages in the Southeast continues to tell the story of a tight labor market, but one that’s not tight enough to drive up wages, according to the Federal Reserve’s economic report.

Two statements in Wednesday’s edition of the Beige Book stand out as an indication that wages are not headed up anytime soon:

Still, Butler contended, the losses weren’t enough to dampen the overall job growth of 84,000 positions in the last 12 months. Butler’s statement did not address wages or benefits of the new jobs.

The Fed reported that employers continue to infer that they have extremely limited appetite for raising wages. The Beige Book is a compilation of anecdotes related to the Fed by trusted advisors in the private sector.

The current edition of the Beige Book relates an outlook of employers continuing to use unidentified carrots to entice folks to take a job. Here’s a snippet of two past reports:

Here’s the take-away for the Southeast as outlined in the national summary of Wednesday’s edition of the Beige Book:

Other categories chronicled in the Beige Book show show that contacts are fairly optimistic, even if their tone is muted.

For instance, in the important commercial construction niche contacts reported mixed expectations. The boom in apartment and condo construction is has leveled off. Florida was an anomaly, mainly because contacts anticipate being busy rebuilding structures lost to hurricanes.

The energy sector sent reports of particular note as constrution continues on the troubled Plant Vogtle nuclear plant in Georgia: “contacts reported that utilities continued to experience a decline in residential and industrial sales and commercial sales remained flat.”

The number of vehicle sales continues to erode, compared to a year ago. That may change if buyers are compelled to replace vehicles lost to the hurricanes. Dealers also attributed a slow-down in auto lending to the slowing rate of sales and rising interest rates.