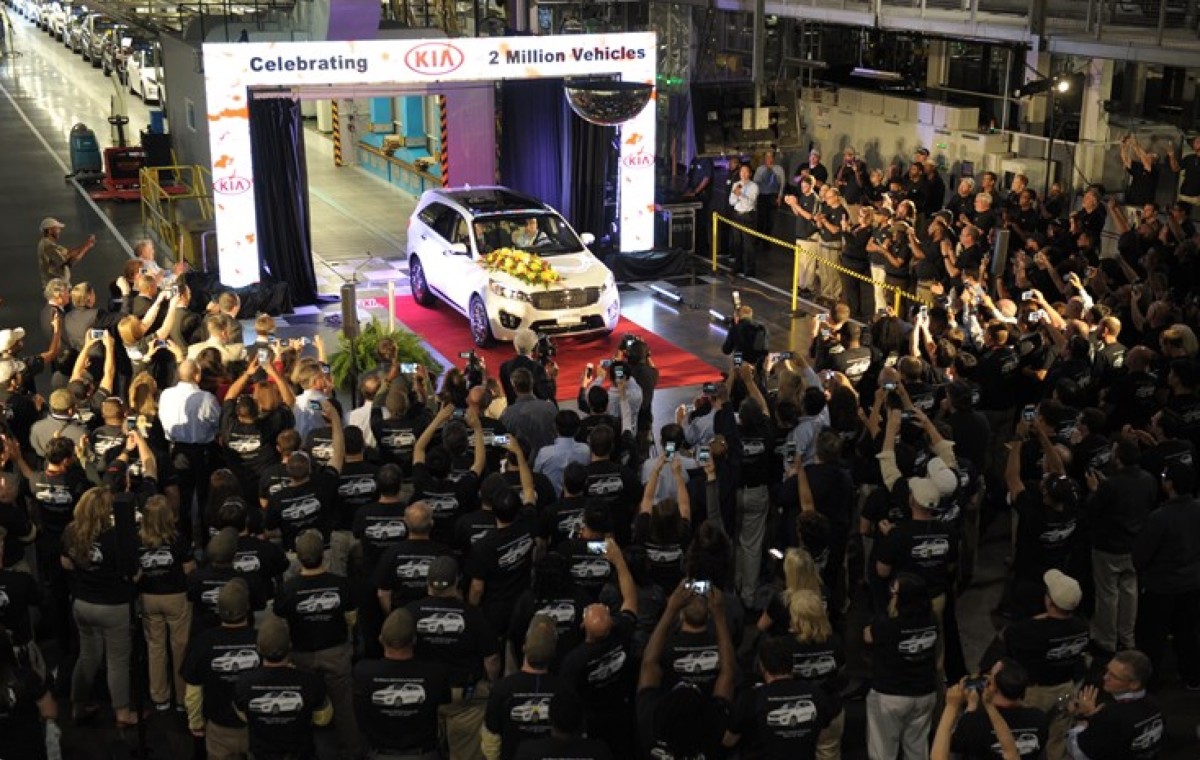 The federal government has provided its second round of funding to help improve the sewage treatment system in Hogansville, where growth in population and industry related to the nearby Kia manufacturing facility has overwhelmed the city’s sewage system, according to the statement announcing the latest loan. 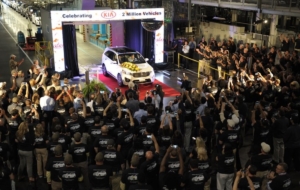 The Kia plant hosted a celebration when it produced 2 million vehicles at its plant in West Point, on March 29, 2016. Credit: kiamedia.com

According to the statement issued Monday by the U.S. Department of Agriculture:

Hogansville was struggling to keep from dumping pollution into state waters, and to properly manage a system that sprays treated sewage onto land, even before the Kia plant opened in 2010, according to enforcement actions taken by the Environmental Protection Division of the Georgia Department of Natural Resources:

Two months before that third violation, on March 13, 2006, Kia and the state signed a contract for Kia to build its first North American automobile plant on a tract of more than 2,200 acres in West Point, according to a timeline on Kia’s website. The signers were then Gov. Sonny Perdue and Kia’s president at the time, E.S. Chung. 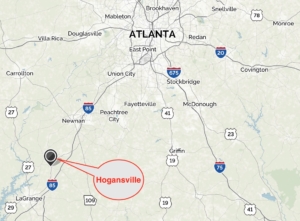 The city was cited for violating its permit to spray treated sewage on land; for improperly managing its land application system; for spilling sewage into state waters; and for exceeding its maximum daily flow effluent limits. The fine for these violations was $34,428.

As a reminder, the plant’s backers were touting its planned employment of 2,600 workers. The jobs became even more important as the state and nation plunged into the depths of the Great Recession. Tens of thousands applied for jobs at the plant.

At the time, many of Hoganville residents were anything but financially secure, perhaps contributing to a lack of resources to properly operate the city’s wastewater system.