Federal investment in Atlanta communities has made a difference

There is a well-quoted adage that implies that if something is free, it is probably not worth having. Whether you believe there is a pot of gold at the end of the rainbow that is yours for the taking or in working hard, spending judiciously and saving for a rainy day, dreams of pots of someone else’s money to fix all of our woes are just that – dreams.

In 2002 Atlanta was designated as a federal Renewal Community (RC) in accordance with the 2000 Community Renewal Tax Relief Act targeting revitalization in designated census tracts with pervasive poverty, unemployment and distress.

The Program provided an array of tax incentives to support the creation of new businesses, encourage the expansion of existing businesses and promote employment of residents in the designated census tracts. 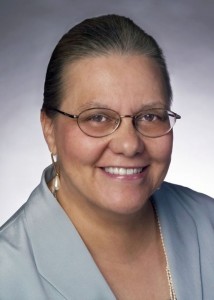 At the time of the designation, Atlanta Mayor Shirley Franklin requested that the City of Atlanta be granted special status as a conversion site, allowing the City to competitively award $46.8 million in Title XX Social Service Block Grants funds remaining from an ineffective 1994 Empowerment Zone Program.

The request was granted in 2004, and, in accordance with federal regulations, the city created the Atlanta Renewal Community Coordinating Responsible Authority (ACoRA), to administer the combined program of RC business tax incentives in the Renewal Community and Title XX funding for human service and community development initiatives to benefit residents of the former Empowerment Zone.

A comprehensive series of community meetings was held to solicit community input on program priorities, a Board was appointed chaired by attorney George Howell and subsequently Peggy Harper, consultants were hired and in 2006, the plans were implemented.

The $43 million in approved Title XX funding was available to awardees, however, on a cost-reimbursement basis, i.e., successful awardees were required to spend the money and seek reimbursement for eligible expenditures in line with budgets approved at the time of contract award.

Since awardees were allowed to submit final expenses through March 31, 2010, reports reflecting the impact of the program have only recently become available. Despite the regulation driven bureaucracy which nearly strangled the program, as of March 2010, nearly $23 million in Title XX funding had been approved for reimbursement to community based organizations, city departments and other agencies approved by ACoRA to serve impoverished renewal community neighborhoods.

Equally important, the Title XX funding was used to support some of the most critical needs of the neighborhoods served:
• Hundreds of resident youth graduating from high school received career counseling and were awarded scholarships and financial support to continue their education through Atlanta Workforce Development Agency programs including the Mayors Youth Program.
• The financial gap needed to build the Carver YMCA was funded. With the opening of the Carver Y a neglected part of the city is now served with a top quality recreation facility, programs and fields.
• After-school study halls and tutorials and summer school programs were funded for hundreds of at-risk youth whose academic performance lags national and state performance standards.
• Long overdue parks improvements in Mechanicsville, Washington Park, Vine City, Peoplestown, Bedford-Pines and Chosewood were funded.
• The Fulton Atlanta Landbank was revamped after years of underperformance as a critical tool in the delivery of affordable housing.
• Programs to support health education, nutrition and preventive health initiatives were funded.
• Monies were invested to initiate a housing rehabilitation program, allowing historically important neighborhoods to preserve their housing stock.
• Businesses successfully accessed the $3 million business revolving loan fund through the Atlanta Development Authority to support the creation and expansion of their businesses.
• Mortgage assistance was made available to low and moderate income homebuyers – many of them first time homebuyers.
• Skills training, resume writing assistance, jobs counseling and financial literacy programs were funded through several organizations to assist residents in preparing for jobs.
• Neighborhood safety programs were designed and implemented in several of the renewal community neighborhoods, including installation of street lights and cameras in addition to more traditional neighborhood watch and police partnership strategies.
• Lights, streetscapes, traffic signs and sidewalks were funded in several communities and around a dozen schools.

Sustainable change in neighborhoods that have experienced disinvestment for years is not a short term or easy agenda. Not all the hopes and aspirations of the residents or the plans of all of the anchor institutions were realized through the ACoRA program.

As with dreams of pots of gold to fix it all, our aspirations exceeded our reach. But the investment of $84 million in meaningful programs and commercial developments does make a difference and no doubt, one which will pay dividends we cannot yet measure. In the end, dreams combined with hard work and innovations do make a difference.

Clara Hayley Axam as former Director of the Atlanta Office of Enterprise Community Partners, staffed the Renewal Community Program on behalf of ACoRA. She also managed administrative services for the City of Atlanta under former Mayors Maynard Jackson and Andrew Young.