A federal judge cautioned DeKalb County Wednesday that he intends to closely monitor compliance with the extension he granted to the county’s program to stop the spilling of raw sewage into waterways and comply with the U.S. Clean Water Act. 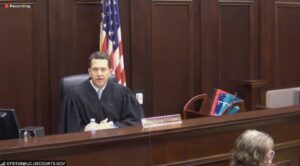 “God willing, I’ll be here in 7 ½ years and will be here with you,” U.S. District Court Judge Steven Grimberg said from the bench. “I don’t want to get in the way. But I want to be apprised of how things are going and head off at the pass issues that occur, foreseen or unforeseen.”

Such close monitoring of a ruling is not unheard of in U.S. District Court in Atlanta. The late U.S. District Court Judge Marvin Shoob took over supervision of the Fulton County Jail twice, in 1999 and 2005, and appointed a jail monitor in response to lawsuits alleging unconstitutionally inhumane conditions and the county’s failure to fix problems related to overcrowding. Shoob frequently visited the jail, bringing reporters along to observe conditions.

“I found a case in the Everglades where a special master was appointed in midstream, on motion of the intervenor, because of issues with the progress with that consent decree,” Grimberg said. “Cost is a big issue, but the county is going to be spending over $1 billion to implement the project. So, it’s the proverbial drop in the bucket in terms of cost, if that is necessary to keep things on track.” 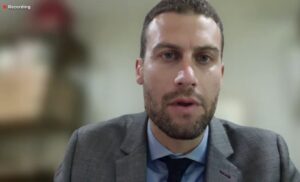 Grimberg’s ruling provided the relief sought by DeKalb County – an extension, to Dec. 20, 2027, to comply with its agreement in 2010 in a federal consent decree to stop violating the federal Clean Water Act and related state laws.

However, the judge’s caveat about the court’s ongoing oversight suggests the county will not have the freedom it may have had in the past.

For instance, EPA and EPD oversaw DeKalb County’s compliance with the 2010 federal consent decree. But they did not impact the county’s failure to meet the June 2020 deadline to stop leaking raw sewage.

A lawyer for the EPA explained how it came to be that DeKalb County will require 7 ½ years longer to stop sewage leaks than was agreed in 2010 by the EPA, EPD and DeKalb County. Nathan Stopper’s comments to Grimberg include: 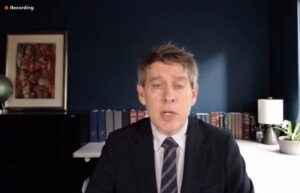 Grimberg subsequently said he recognized that DeKalb County has sought to act responsibly to address the missed deadline and efforts to move forward:

The judge approved the modified consent decree despite objections from the one intervenor in the case, the South River Watershed Alliance. The alliance had requested the judge wait until after DeKalb had won approval of a tool for predicting sewage leaks that the consent decree said would be approved in 2017.

Barring that, the alliance requested an independent monitor be assigned to certify that DeKalb County’s sewer system can handle sewage from a new tie-in before a permit is issued.

Stopper said the EPA is ready to approve the tool, known as a dynamic hydraulic model because it can predict sewage overflows in the dynamic conditions of a rain event that floods the sewer system with storm water. Stopper said:

The alliance’s lawyer, Jon Schwartz, asked the judge to withhold a ruling until after EPA and EPD had approved the dynamic hydraulic model. The judge issued the ruling.