A threatened federal program that has helped fund redevelopments throughout Atlanta has been taken off life support – for another year. The Flatiron Building, Christo Rey Atlanta High School, Grady Memorial Hospital and the Tyler Perry studio are among the projects Invest Atlanta has funded through the New Market Tax Credit program. 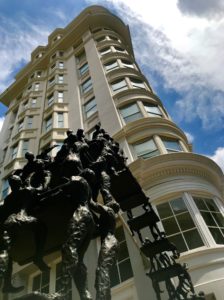 Local advocates lobbied to have the program made permanent. They didn’t win their war, but they won this year’s battle.

Congress provided a one-year extension in the $1.4 billion spending measures presented to President Trump. Trump signed the papers, with the NMTC intact, on Dec. 20, just in time to avert a government shutdown at midnight on the 20th.

In addition to the extension, the NMTC program also received additional money, raising the one-year allotment to $5 billion nationwide from $3.5 billion available in the 2018 program. The carryover period for unused funds also was extended by a year, to 2025, according to the federal spending legislation.

This win falls short of the permanent extension that had been sought by advocates – including Chris Womack, whose guest column on the subject appears in SaportaReport. Womack, a Southern Co. executive vice president and president of external affairs, wrote in his capacity as board chair of the East Lake Foundation.

The legislation to make the program permanent had been going nowhere in Congress since identical measures were introduced in the House and Senate on March 12.

Only one Georgia lawmaker co-signed the legislation in either chamber – Rep. Drew Ferguson IV (R-Newnan), who joined a bipartisan group of 119 co-signers on the House version. 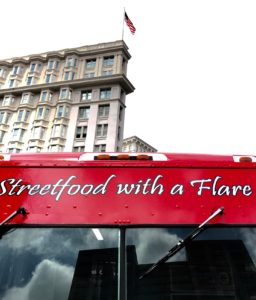 Food trucks are a part of the street scene between the Flatiron Building and Woodruff Park, in Downtown Atlanta. Credit: Kelly Jordan

Invest Atlanta’s NMTC arm, Atlanta Emerging Markets, Inc. has received a total of $110 million in 2016 and 2017, according to a report by the Treasury Department.

Invest Atlanta’s site shows 18 projects funded with NMTC investments dating back to the early days of the program.

Here’s a sampling from the page:

The NMTC program was established in December 2000 – a final victory for the outgoing Clinton administration amid the dust of the contested election that put George Bush in the White House. 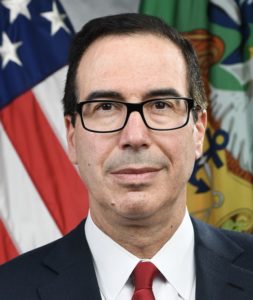 Since then, the economic development program has enjoyed bipartisan support. The program functions by providing credits on federal taxes for money made available to help fund developments that create jobs and otherwise improve low-income communities, according to a June report by the Congressional Research Office.

Congress has allocated more than $54 billion since the outset, according to a report from the Treasury Department.

Trump’s treasury secretary, Steven Mnuchin, has been a vocal supporter of the program. In announcing recipients of $3.5 billion in January, Mnuchin touted benefits of the program to stimulate investments in low-income urban areas and rural communities: 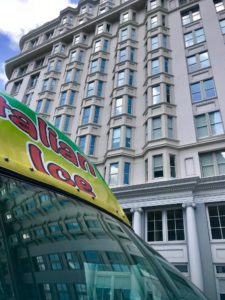 Previous Article
Poverty rates among local children exceed that of adults, elderly: Census
Next Article
Richard Jewell saga a teaching moment for us in journalism