Feds not taking sides in water war, even as they step in on other environmental disputes 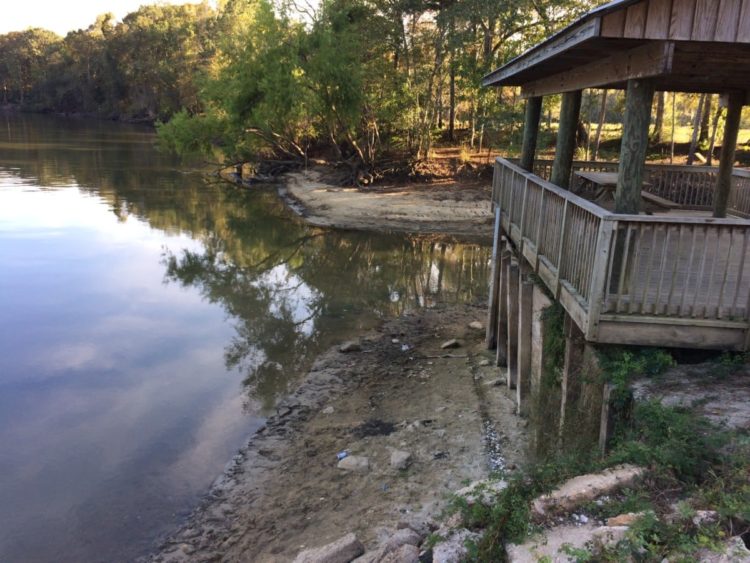 Several Supreme Court justices said Florida did not make its case that getting more water from Georgia in rainy years would improve its conditions during drought years. A dry summer of 2016 lowered the water level by several feet on the Chipola River, a tributary of the Apalachicola River. File/Credit: David Pendered 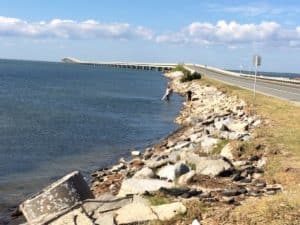 A couple casts for mullet along the banks of Apalachicola Bay. File/Credit: David Pendered

The U.S. Justice Department said in a brief filed Dec. 15 to say it’s not taking sides in the long-running dispute over water laws that control the eastern United States – once viewed as rich in water resources:

Meantime, the U.S. Army Corps of Engineers is in the process of updating the manual it uses to manage five dams that control water flow through the river basin – from north Georgia to the Gulf of Mexico. The manual hasn’t been updated in more than 50 years.

An interim manual was released in 2012. But a full-throated update of the manual wasn’t released until last week in the Federal Register. After a 30-day period of comment and review, it is expected to be implemented by March 2017. The update was not initially portrayed as relevant to the case. The special master disagreed and called on the Justice Department to produce a brief.

This manual is crucial in the debate over the amount of water that ultimately flows into Apalachicola Bay, on Florida’s Gulf of Mexico coastline southwest of Tallahassee.

The manual determines the amount of water that is to be retained in each of the five reservoirs. The manual and related documents determine the amount of water that is to flow from the Jim Woodruff Dam into the Apalachicola River, which empties into the Apalachicola Bay. Woodruff Dam is located at the confluence of the Flint and Chattahoochee rivers, where it creates Lake Seminole near Chattachoochee, Fl. 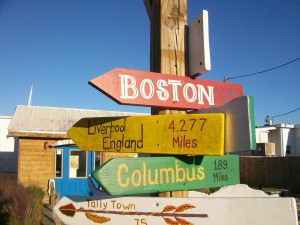 In short, the manual is central to Florida’s claim that a cap on Georgia’s water usage from the basin would right the wrongs Florida cites in its lawsuit.

And that’s why lawyers for both Florida and Georgia argued so vehemently over how the corps will use the manual to control water flow from dams down the river basin. The manual speaks directly to Florida’s claim that a cap on Georgia’s water usage will result in more water flowing into Apalachicola Bay.

As the federal brief noted:

The Justice Department responded Dec. 15 with the statement that it will not express opinion. The ruling is the latest filed in the docket. 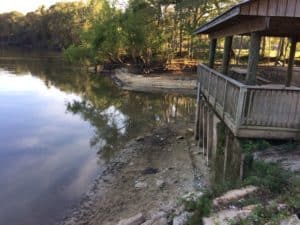 Tupelo honey comes from trees found almost exclusively in the Florida Panhandle, including the lowlands along the Chipola River, which is several feet below its normal level as it passes Wewahitchka, Fl. in October. File/ Credit: David Pendered