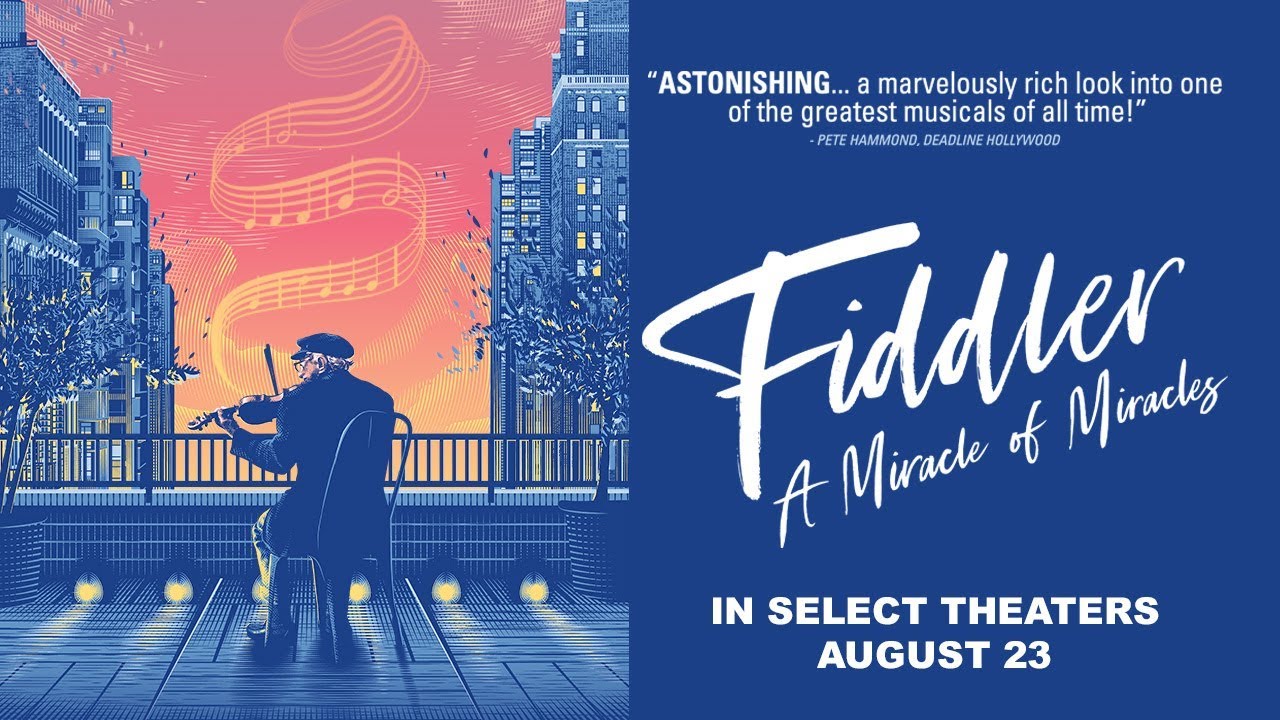 When I was a kid, which was when I first experienced “Fiddler on the Roof,” the traditions laid out in the opening song were enough to turn me Episcopalian.

The Jewish Poppas got to study all day and had the final say at home. The Jewish Mommas had to keep house – a kosher house which is a little more time-consuming than whatever they were doing over at the Brady Bunch. The sons got sent to Hebrew school at 3 and mostly worried that the bride picked for them wouldn’t be pretty. The daughters were taught nothing from books, just how to “mend and tend and fix, preparing me to marry who ever poppa picks” (and – gasp – what if, as brides-to-be, they weren’t pretty?????). 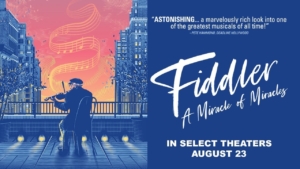 A poster of “Fiddler: A Miracle of Miracles”

And yet, the show’s power, charm and, yes, soul is such that it’s always been one of my favorite musicals. Compared to the stuff out at around the same time, “Hello Dolly” and “Funny Girl,” it is – to echo the title of the new “Fiddler” documentary – “a miracle of miracles.”

So is the show’s journey to Broadway and beyond.

Max Lewkowicz’s film, “Fiddler: A Miracle of Miracles” demonstrates, with great affection and sometimes exhaustive detail, just how this tale of a poor milkman named Tevye and his relationship with God, (especially concerning his five daughters and the occasional Czar-ordered pogrom) became a world-wide hit.

The show would initially seem a shoo-in. In the early ‘60s there was strong Jewish audience for Broadway musicals, plus “Fiddler” itself, as the documentary astutely shows, has always managed to transcend its particular ethnicity.

Sure, there’s an all-Yiddish version, directed by Joel Grey, but there are also productions all over the world – Thailand, England, Holland, Harlem. Lin-Manuel Miranda recreates his sixth grade production. In Japan, a producer asks: “Do they understand this show in America?  It’s so Japanese.”

Lewkowicz was lucky enough to talk to almost all the principal talents who created “Fiddler” (many of whom have since died), including the recently deceased Hal Prince, to whom he dedicates the movie.

Alas, the one man he can’t reach is Jerome Robbins, the show’s genius director, who died in 1998. Still, Robbins is as central to “Fiddler” as he was to “West Side Story.”

Conflicted about his Judaism (he was born Jerome Rabinowitz) and guilt-ridden about naming names during the Blacklist (the alternative would’ve been to be outed as gay), Robbins comes off as someone in constant turmoil. His star, Zero Mostel, the original Tevye, barely spoke to him, being himself a victim of the Blacklist. 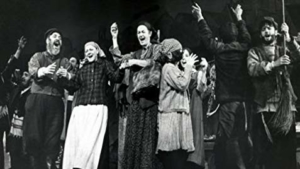 A scene from “Fiddler: A Miracle of Miracles”

Yet the original show is unimaginable without either man: Mostel’s “deedle deedle deedle diddle diddle do” belly shakes or Robbins’ inspired staging of what became known as The Bottle Dance, in which a line of wedding celebrants literally dance with a bottle balanced on their heads.

“A guy who can do that kind of work, you have to forgive him everything,” said Boris Aronson who designed “Fiddler’s” Chagall- inspired poster.

Certainly Lewkowicz is willing to forgive just about anyone anything.  The movie has an insistent mensch side, spending too much time at a high school production starring African American and Hispanic kids (yes, we get it…universal!!!) or with the son of one of the more memorable Tevyas from the ‘60s, Herschel Bernardi (the son is less memorable).

Far more interesting is a clip of  “If I were a Rich Man,” performed by the Temptations. And it might’ve been nice to hear from two famous “Fiddler” alum: Bette Midler, and Doc Ock himself, Alfred Malina.

Still, the film offers a lot. Consider the contrast made between the show (1964) and the movie (1971), starring Israeli actor, Topol. Mostel’s Tevya is unquestionably rooted in early 20th-century Eastern Europe. Topol’s arises out of the state of Israel and the 6-Day War.

Topol’s comes with a clenched fist.