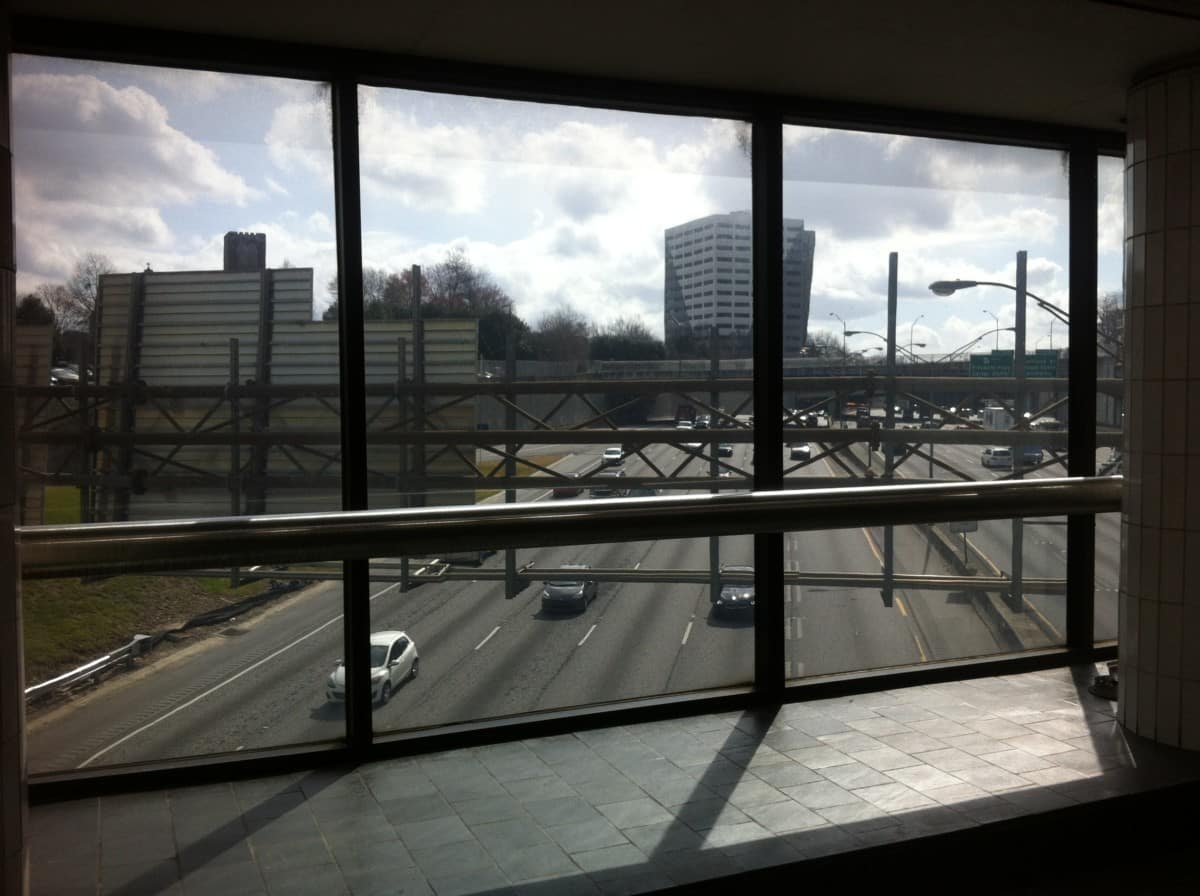 Two plagues of metro Atlanta, homelessness and drug abuse, have forced their way into the spotlight by causing a conflagration on another of the region’s plagues – an overburdened section of highway. 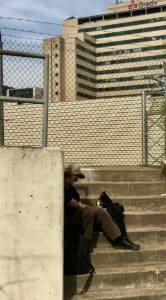 By all appearances, despair has overcome this man as he rests next to a backpack and bottle of beverage. Grady Memorial Hospital, the state’s largest public hospital, stands tall behind a wire fence. Credit: Kelly Jordan

The story is cruising a familiar arc. Authorities say a homeless man with a long record of drug arrests talked with associates about smoking crack cocaine under an elevated section of I-85 near Piedmont Road. A fire ensued, grew, and its intense heat caused a portion of the bridge to collapse.

Were the burnt structure a vacant house, the event may not have made a headline. A highway used by at least 240,000 vehicles a day ensured it did make the news.

Subsequent attention has focused on the impact on commuters and commerce. At some point, the discussion is likely to expand to include the seemingly intractable issues that involve people who have no home gathering together to do things that shouldn’t be done.

Atlanta Mayor Kasim Reed certainly has raised awareness of homelessness. During the mayor’s State of the City address in February, Reed’s prepared remarks reported a 52 percent decrease since 2013 in the number of unsheltered homeless individual counted in the city.

Reed heralded a $50 million program intended to, “make homelessness brief and rare in the city of Atlanta.” The city is to provide $25 million and the United Way of Greater Atlanta is to provide $25 million. Reed’s administration has not put forward a funding mechanism. However, Reed’s deputy chief of staff, Katrina Taylor Parks, told the Finance Committee of the Atlanta City Council on March 1 that the administration views the city’s match as a “priority.”

Reed even cited in his speech a formerly homeless and addicted person who had slept under a bridge: 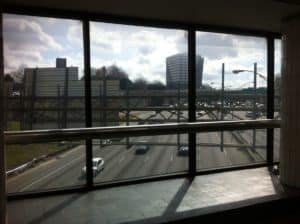 Atlanta’s transit and highway systems converge in this scene from MARTA’s Arts Center Station. Neither fulfill the expectations of the commuters who rely upon them. Credit: Kelly Jordan

The drug situation is a different story. No one seems to be putting a smiley face on progress in this arena.

Consider the arraignment in federal Magistrate Court in May 2016 of a previously convicted drug dealer. Tovias Dunton was arrested in English Avenue, a community in the vortex of the redevelopment spinning off the new Mercedes-Benz Stadium. Dunton was charged with peddling heroin and using a minor to distribute the drug. Dunton was convicted in 2003 in U.S. District Court in Atlanta for selling drugs and spent time in federal prison, court records show.

English Avenue remains a hotbed for heroin – despite all the high-profile talk about how it and Vine City are being reclaimed from decay and despair. According to the statement issued about Dunton’s arrest by the federal Bureau of Alcohol, Tobacco, Firearms and Explosives:

Real-time numbers on drug usage in metro Atlanta are not readily available. Yet the trend lines that emerge from multiple reports over the last dozen years indicates a rise in the consumption of illegal drugs, or prescribed drugs used by someone other than the patient. 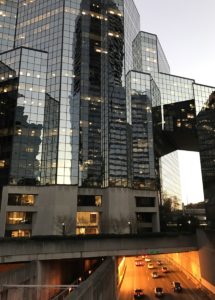 MARTA and Georgia 400 pass beneath the Atlanta Financial Center. Because of the collapse of a bridge span on nearby I-85, all southbound automobiles must exit the freeway at a point just south of this feat of engineering. Credit: Kelly Jordan

Atlanta is home a federal program that targets drug trafficking. To qualify for the High Intensity Drug Trafficking Areas program, Atlanta had to meet four criteria including these two:

Atlanta receives funding to participate in the program, apparently to the tune of millions of dollars a year. For example, in May 2015 the council voted to accept $4.3 million for the program. The purpose of the federal grant is to, “disrupt and dismantle drug trafficking organizations,” according to the legislation.

The National Institute on Drug Abuse published a report in 2014 that begins with this statement:

Previous Article
Their name reflects their gratitude
Next Article
‘Get Out’ melds humor, horror in a race-conscious screenplay