By Guest Columnist STEPHANIE DAVIS, recently retired (or as she says ‘rewired and re-inspired’) executive director of Georgia Women for a Change

To everyone who wonders how a feminist can survive—and thrive—in this state, how she can continue to persist, to overreach, to maintain an optimism in the face of so much hostility to women, I have this to say. I wouldn’t be anywhere else.

In the 30 years I have lived here, I have seen a creep towards more women’s leadership and the difference it has made in better government (thank you, Shirley Franklin and Stacey Abrams); in philanthropy (thank you, Alicia Philipp); in global non-profits (thank you, Helene Gayle); in the women’s colleges here (thank you Beverly Tatum and Elizabeth Kiss); in corporate Atlanta (thank you, Hala Moddelmog); and in the arts (thank you, Virginia. Hepner). 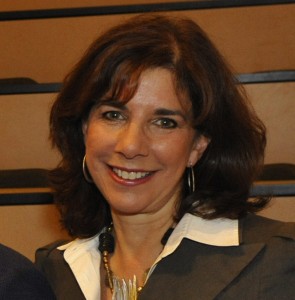 I have seen a crime that no one would dare talk about, much less sit down and develop strategies on how to end it, become the cause célèbre in a city where 5 percent of the economic growth is on the back of adult entertainment.

Child prostitution and the more sanitized and comprehensive nomenclature, human trafficking, has taken center stage as an issue that brings disparate factions of the city together and has brought national attention to us and our dubious distinction as an epicenter for it.

And a shift has occurred as more and more advocates place responsibility on the demand side of the equation – the men who buy sex.

So what’s the problem?

It’s the perception that women have achieved full equality because there are so many wonderful women in positions of power. But that’s a far cry from reality. Not yet and not even close.

We know it takes a critical mass of women in power before “our” agenda is front and center, and our interests are considered. It takes the bravery of the few to become the courage of the many.

Our right to reproductive choices is meaningless in the face of an erosion of those rights including access to birth control and abortion, and the steadily shrinking supply of doctors willing to perform them.

The low wage workers who would benefit from increasing the minimum wage, those who would most likely be insured by expanding Medicaid and the ability to receive paid family-leave are . . . .women.

I don’t judge a younger generation for not rebuilding the women’s movement when so few in the media are putting a “gender lens” on who suffers most from the disparities in income and who are the victims of rape and battering.

It will never be about a few women who bust through to the top, who have leaned in, when their sisters at the bottom, who are the overwhelming proportion of low-wage workers and single parents, are struggling against the tide.

The backlash from the Tea Party and less obvious foes just tells us that we are on the right track. Social change can seem so glacially slow at times that it is difficult to persist. So many in society take it for granted that women have achieved equality in the home and the workplace, and they need to be reminded that we have a long way to go.

It is a lot of those same people who think that race is no longer an issue either, and that there are just a few whiners and troublemakers out there.

Well I would rather make trouble here than anywhere else because entrenched power often yields with less force. And before you know it, we’ll have a woman president of the United States. And maybe a woman U.S. senator from Georgia before that.