Final beams for Mercedes-Benz Stadium being put in place 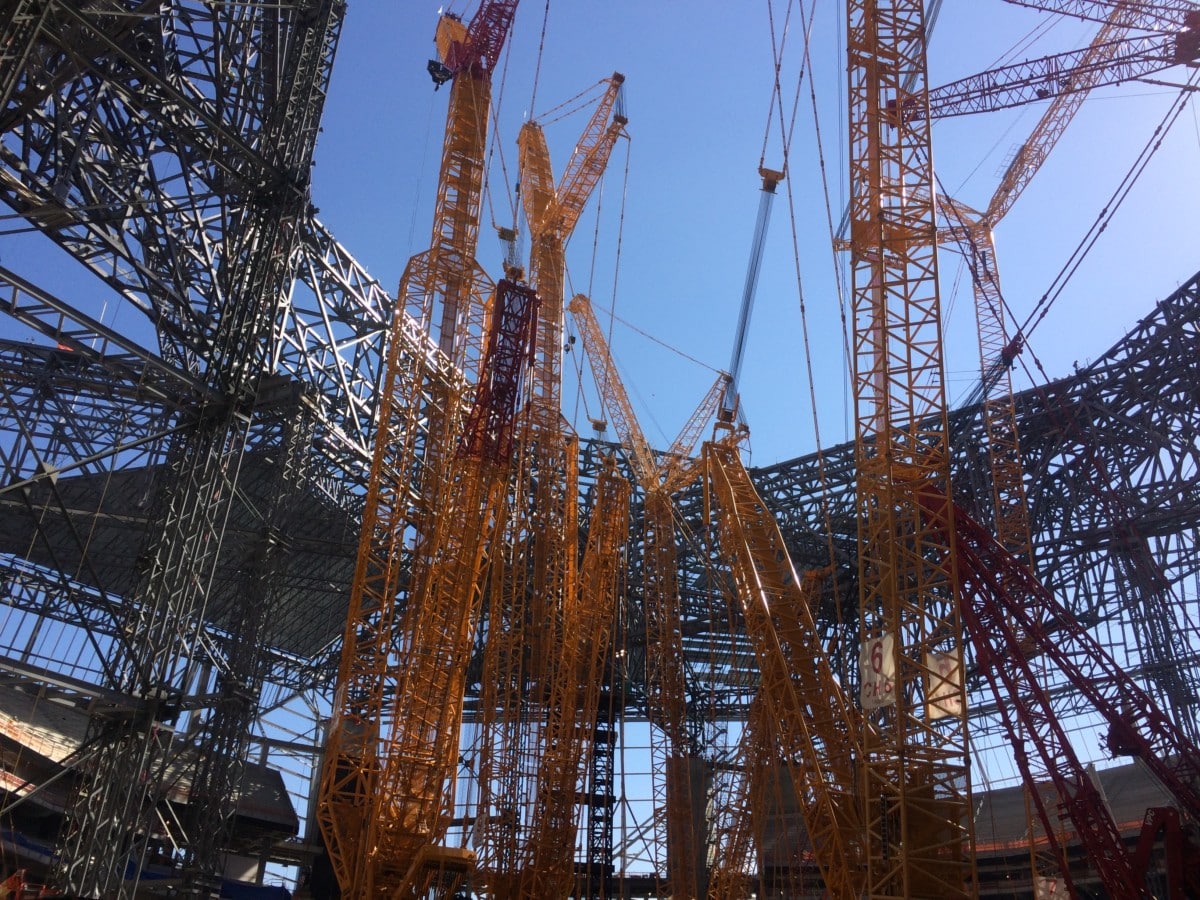 Standing in the bowl of the Mercedes-Benz Stadium, it feels as if you’re in the middle of an erector set – a giant erector set.

The event on Wednesday was seeing workers sign one of the final steel beams to be placed on the top of the fixed portion of the roof. The beam then was lifted up through the middle of the stadium to its final resting spot.

Two workers were stationed precariously at the top ready to put the 1,500 pound beam into its proper place. 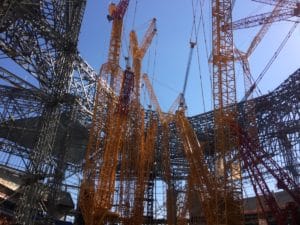 “There are about 18,000 tons of steel out there right now,” said Bob Evans, the project manager of the stadium. Construction workers are on the site around the clock, seven days a week to make sure the $1.5 billion stadium is finished in time for the Atlanta Falcons pre-season games next summer.

“We have brought in the best equipment you can get,” Evans said while pointing to an enormous red crane – the Manawa. It is the largest crane in the world, and only two of them exist.

Along the walkways surrounding the bowl, large portions of the stadium already seem to be complete – especially the concrete work. Reporters and photographers then went to the upper stands to see the beam fly through the sky before being put in place.

The picture window shows the skyline view of Atlanta, which was described by one of the construction leaders as the penthouse view. Visitors also were brought out onto the large plaza that will become a major entrance into the Mercedes-Benz Stadium.

The topping out of the stadium, which will happen after the roof petals are put in place, should occur in March or April. Right now, it is estimated that it will take between nine and 12 minutes to open and close the roof – an incredibly fast time for a retractable stadium roof.

“The finishing work is very far along,” said Mike Egan, the attorney for Atlanta Falcons owner Arthur Blank and his business ventures. “Significant portions of the building are being completed.” 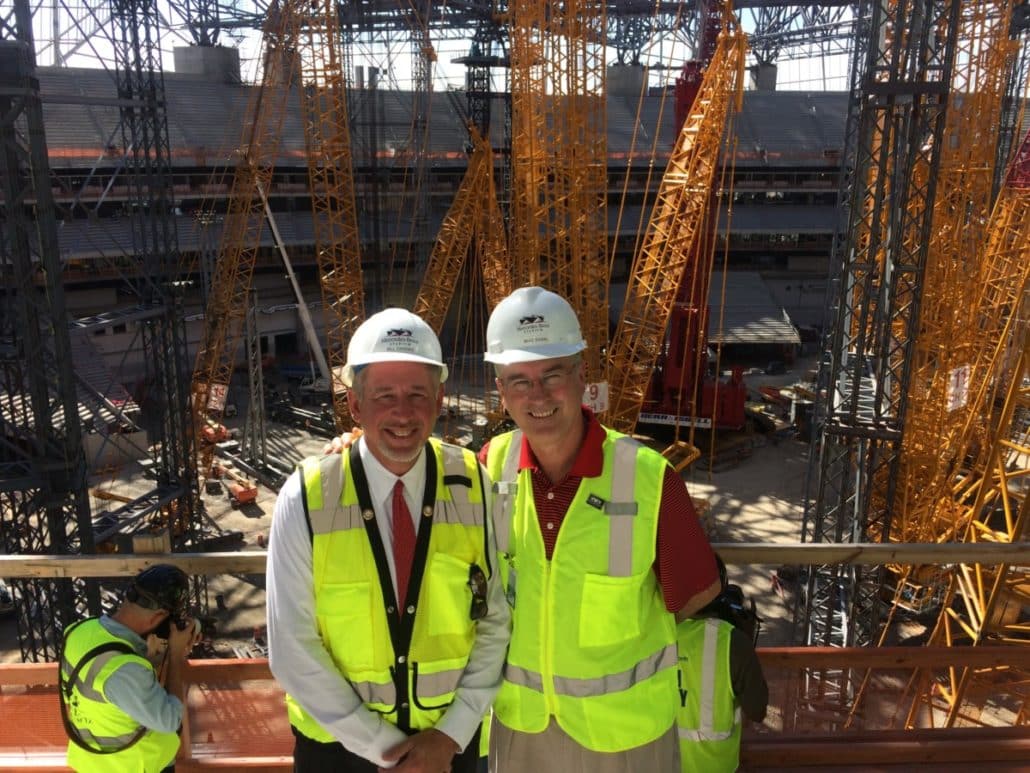 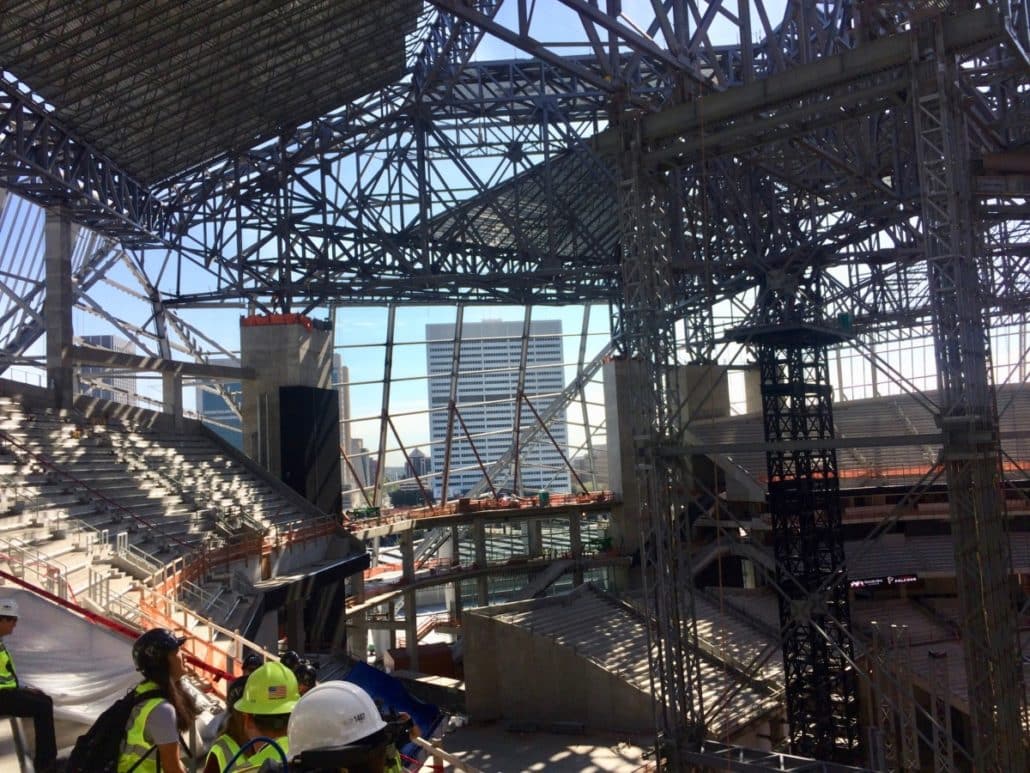 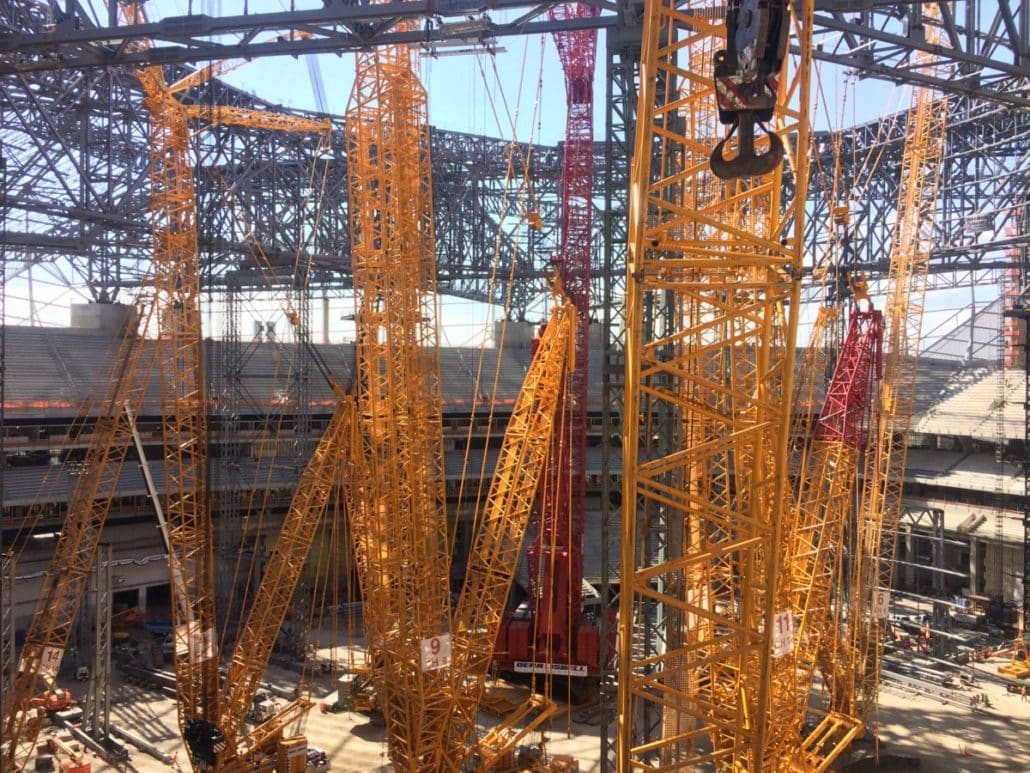 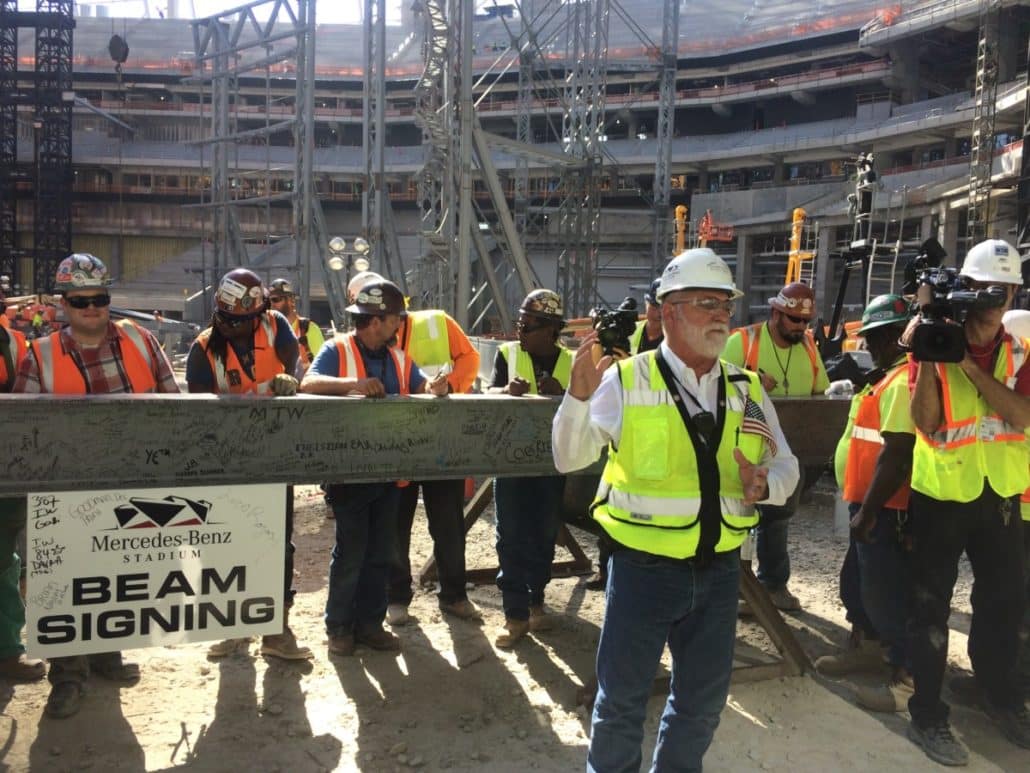 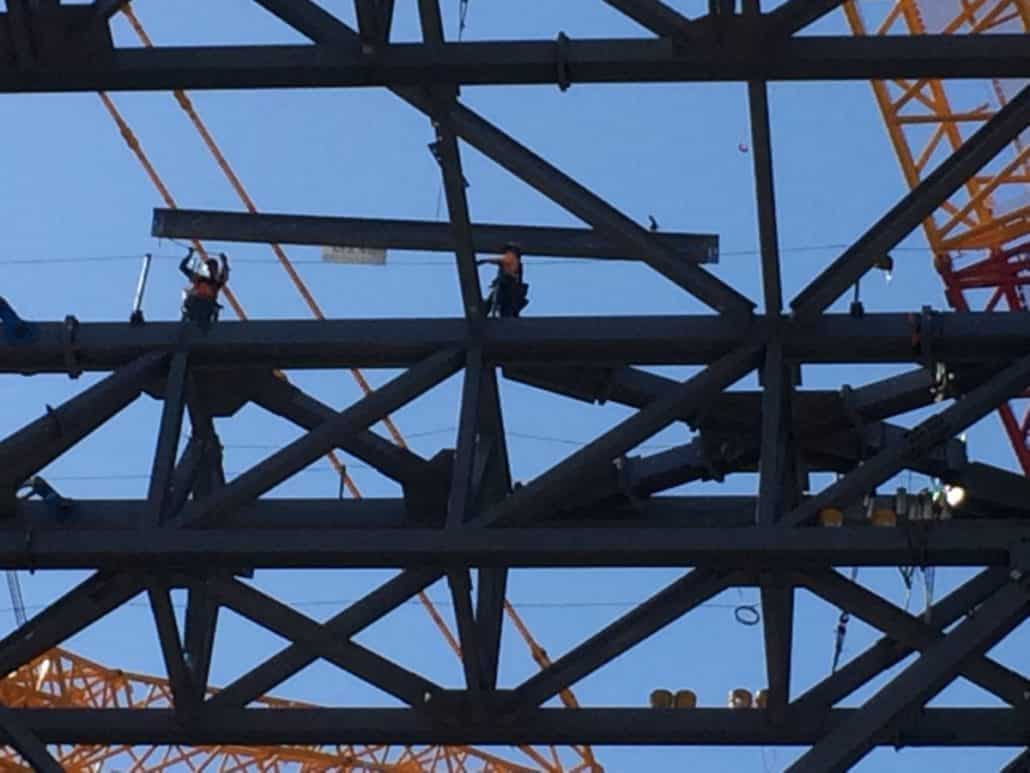