Before the final debate, breaking news from 300 BC 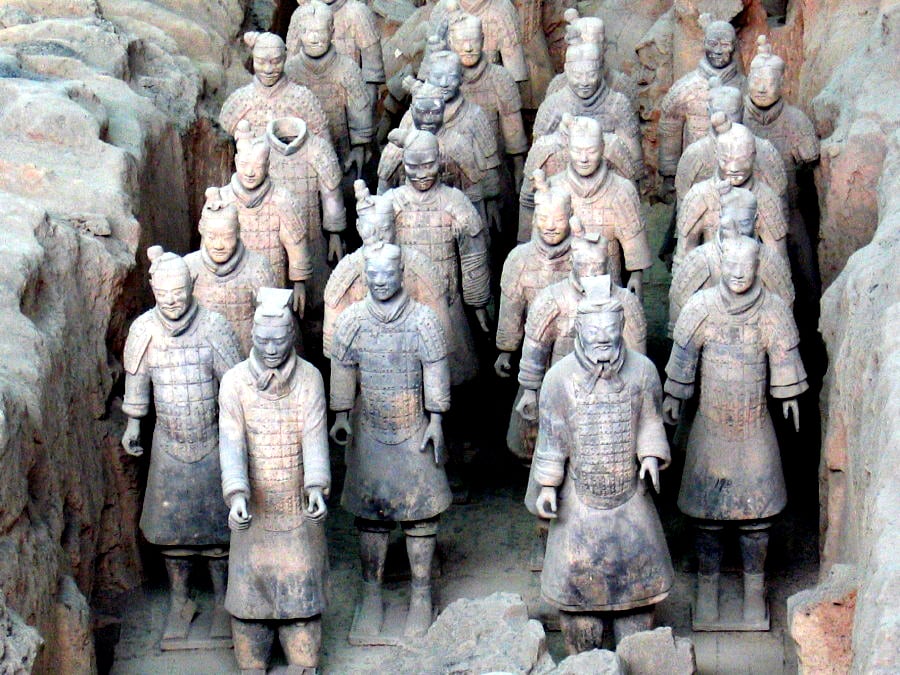 The cool thing about archeology is that it’s sort of like the news in reverse: Every time scientists dig something up, it changes our understanding of what we thought we knew, if only slightly. This year, discoveries on different sides of the globe have challenged us to think again about the way the world is bound together.

Although some contacts are known to have occurred since ancient times, the civilizations of the East and West have always been thought to have developed quite separately from each other. So there was quite a stir last month when scientists reported on their analysis of skeletons from a Roman-era graveyard in London, with remains dating from the 2nd to the 4th Centuries AD.

Londinium, as it was then known, turns out to have been a surprisingly cosmopolitan place. Analysis of the skulls and bones, which may have been those of slaves or servants, showed they were from across the Roman Empire, including North Africa. Even more surprising was that two of the remains appear to have been Chinese.

It’s one thing to read of Roman emissaries to the Chinese court, and Chinese silks traded all the way to the mansions of Rome, and quite another to discover Chinese living in a slum in a city on the westernmost edge of the Roman Empire in the centuries before its fall. Some skepticism has been expressed about the conclusion that the bones are Chinese, but an excavation in an even more remote corner of the ancient world has produced another surprising discovery.

At a 12th Century castle in Okinawa, Japan, archaeologists confirmed the discovery of Roman coins dating from 300 to 400 AD, roughly the same period as the Chinese skeletons in London. They were found with some Ottoman coins dated 1687, and it’s thought traders may have kept the ancient coins in circulation over time. But it is again surprising to find evidence of such deep ties between remote civilizations.

Both the coins and the bones are about a thousand years older than Marco Polo’s published accounts of his travels in the East. But the ongoing excavation at a much older site has raised the possibility of an even deeper connection between East and West.

Many of us have had the chance to view traveling-show examples of the famous Terra Cotta Army, from the 3rd Century BC tomb of the First Emperor, Qin Shi Huang, which was discovered in China in 1974. Excavations have been ongoing since then at the site, which has turned out to be — get this — 200 times larger than the Valley of the Kings in Egypt.

Based on their ongoing study of the thousands of terra cotta soldiers, acrobats and other attendants sculpted to attend the emperor in the afterlife, as well as DNA evidence of Western settlement in China during that period, archeologists now believe Greek sculpture, and perhaps Greek sculptors themselves, influenced the creation of the figures, which are of a size and style not found in Chinese art before their time. That puts one of the founding figures of Chinese history into startlingly direct contact — continuing into the afterlife — with the culture of ancient Greece.

Like all discoveries in this field, these are fragments, pointing our conclusions in a direction that might change with the next dig. That’s the fun of it. These discoveries do lend weight to the idea that the world is deeply interconnected, often in ways we don’t realize, and has been for a very long time.